Full Comparison: Seagate One Touch vs Backup Plus Slim

The Seagate One Touch Vs. Backup Plus Slim debate has sprung out to be the talk of the town recently. Which one should you buy and how should you choose between the two? Explore everything here!

The storing of data that can be moved around is quite helpful. What's not to appreciate about small enough drives to fit in your pockets and get their power from a USB cable? Solid-state drives may now be purchased as external portable drives, and Seagate is in the process of releasing one after another of these drives. 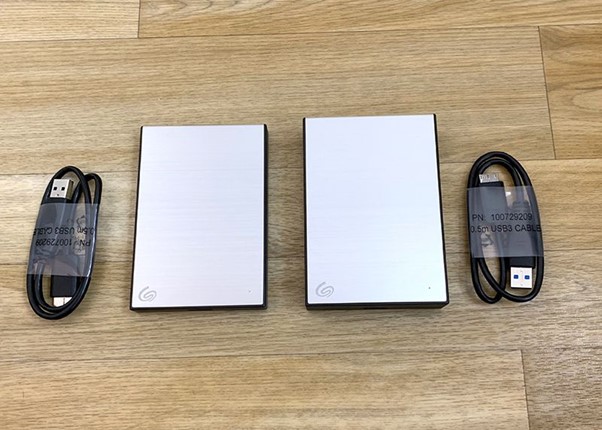 What Is Exactly Seagate One Touch

Seagate One Touch belongs to the Expansion portable storage series that Seagate provides and covers the essentials; to use them, you plug them in and then drag and drop data onto them. The high-end Ultra Touch versions are svelte, have fashionable fabric on the outside, and are equipped with software capabilities that provide additional value.

The One Touch series occupies the center ground, offering high-capacity storage choices in addition to more practical functions. You also have an option between the following capacities: 1 terabyte (TB), 2 TB, 4 TB, and 5 TB The first pair is 11.7 millimeters in thickness and weighs 148 grams, while the second pair, which has more physical platters, measures 20.9 millimeters in thickness and weighs 268 grams.

On the rear is a USB 3.0 Micro-B port connection, and there is a very little white activity LED in one of the corners of the top. In addition to all of these features, Seagate provides purchasers with one free attempt at data recovery utilizing the Seagate Rescue service at its lab.

This is the feature that stands out as the most intriguing. Because the possibility of losing up to 5 terabytes of valuable data due to a failure in the physical drive may strike dread into the heart of any computer user, this may provide purchasers some measure of peace of mind.

What Is Exactly Backup Plus Slim

The Seagate Backup Plus Slim portable hard drive is a well-rounded product that excels in value for money, design, and speed, among other areas. The fact that it is compatible with PCs and Macs out of the box is a useful feature, and the Seagate Dashboard software is simple to use and provides backup for PCs, mobile devices, and social media platforms.

You have the option of purchasing the Backup Slim in a variety of storage sizes, including 500 gigabytes (GB), one terabyte (TB), two terabytes (TB), or even four terabytes (TB). Additionally, there is a narrow slit that contains an LED, but there are no physical buttons for backup, so you will need to use the offered software.

Since the NTFS driver for Mac is already pre-loaded on the disk, all you need to do is plug it in and start using it. The Seagate Dashboard program is also pre-loaded into the disk, and it is via this software that you can create backups of the contents stored on your computer. 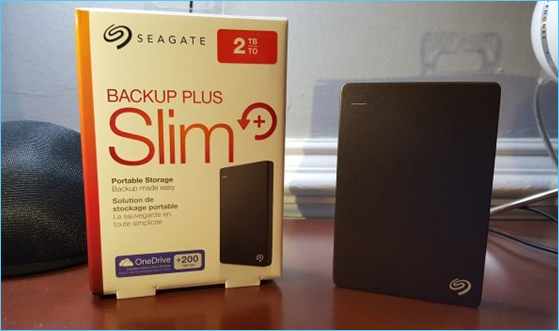 Seagate One Touch VS Backup Plus Slim: Which One to Choose and Why

Since they are both good, and if that's okay, we'll go with the less expensive one or that we like more.

You'll need to create backups of your data elsewhere if you want to use this as your main or only copy, even if the One Touch's datasheet features a rescue data recovery service.

If you have both a hard drive (HDD) and solid-state drive (SSD) in your computer, how should you use HDD and SSD together?

Bonus Tips: Make the most out of Seagate One Touch or Backup Plus Slim

By following these three tips, you can make the most out of your Seagate One Touch or Backup Plus Slim drive.

1. Move Your Cache Folder to a RAM Disk

When you move your cache folder to a mechanical drive, you don't have to worry about applications or system resources being impacted by the move.

2. Don't Fill Them Up with Large Files

A solid-state drive (SSD) is perfect for storing files that need to be accessed often and fast. This is a great use for operating system and application files.

Large items like movies or your music collection no longer need to be stored on a hard drive in the age of Netflix and Spotify. Using an SSD to store files such as these is a waste of space and will not improve speed. You may also use it to clone HDD, operating sytem, etc., but storage on solid-state drives is not recommended since you won't be able to tell whether your media files are played from an SSD.

To ensure the data security of SSDs, it is always important to back up those significant data regularly. Though this may sound a little bit tedious, it can be pretty easy if you have installed the efficient data backup software - EaseUS Todo Backup.

In addition to full, incremental and differential backups, EaseUS Todo Backup is an amazing Windows backup program. Users have a variety of backup options to suit their specific needs. Windows users may also set up a daily, weekly, monthly, or annual backup strategy for their PC. Additionally, it can clone, migrate the OS to an SSD, and more.

Here's how you can use EaseUS Todo Backup to backup your Seagate One Touch or Backup Plus Slim:

Step 3. It is available to back up a whole disk or a certain partition. Choose the one you need and click OK. 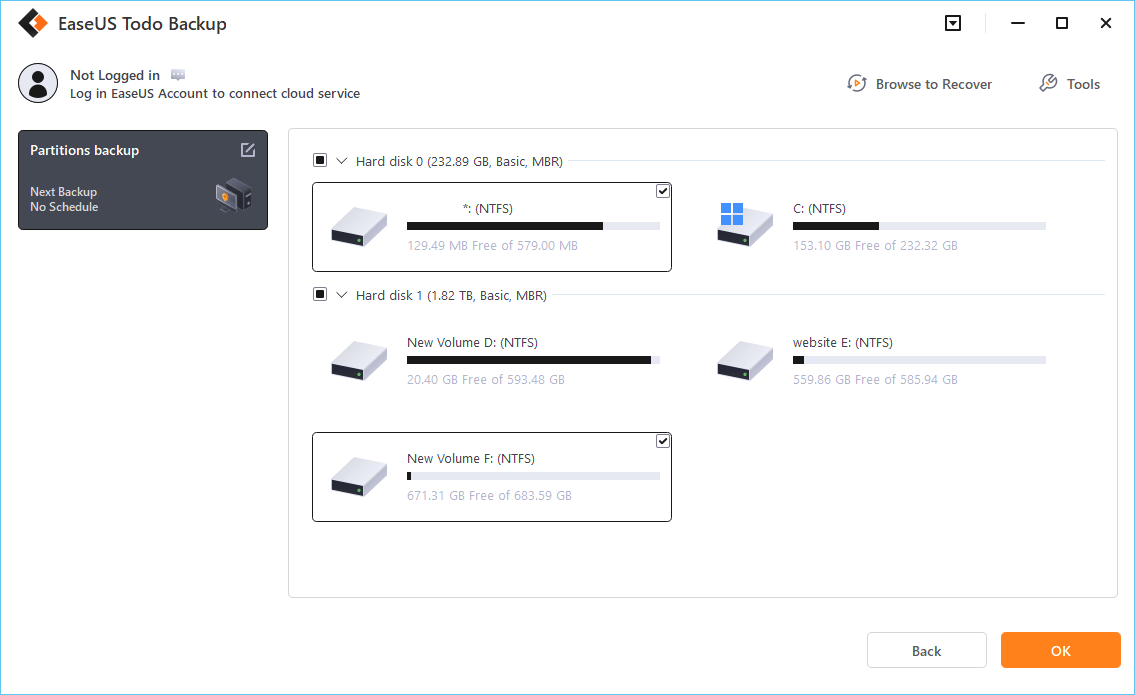 Step 4.  Select the destination where you want to save the backup. 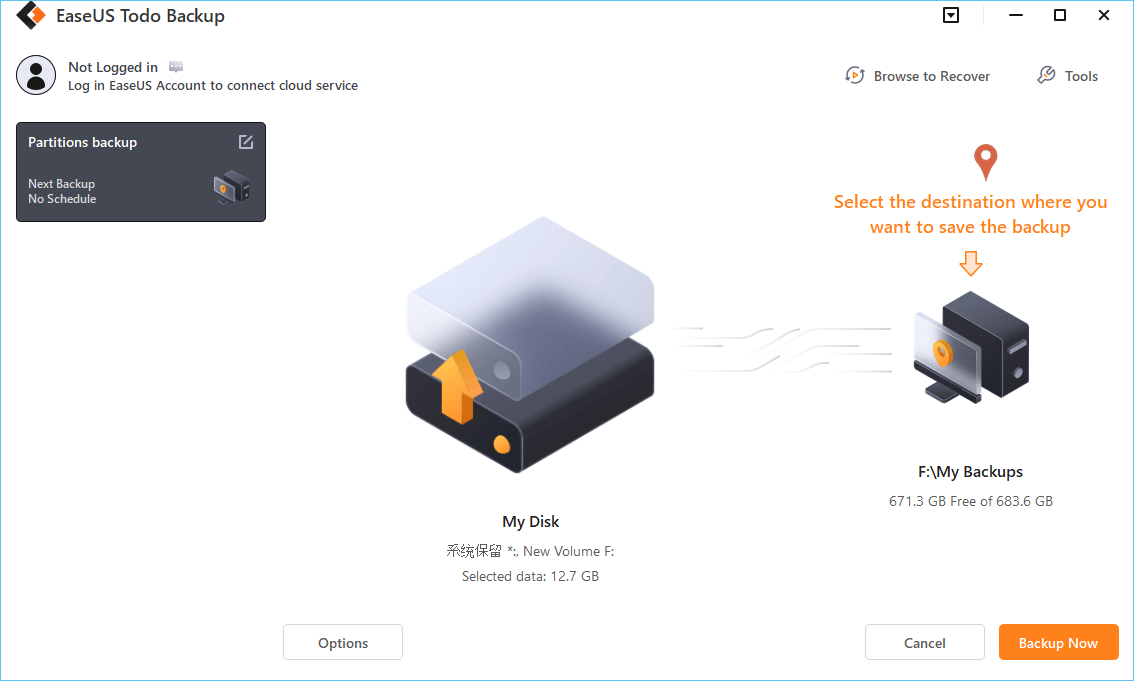 Step 5. For disk/partition backup, you can choose to save the backup to local drive or to NAS.

Step 6. After the backup process is completed, your task will be displayed at the left. Right-click any one of the task, you can further manage your backup such as recover it, create incremental backup, etc.

FAQ on Seagate One Touch vs Backup Plus Slim

What is the difference between Backup Plus Slim and One Touch?

Seagate One Touch belongs to the Expansion portable storage series that Seagate provides and covers the essentials; to use them, you plug them in and then drag and drop data onto them. The Seagate Backup Plus Slim portable hard drive is a well-rounded product that excels in value for money, design, and speed, among other areas.

What is the difference between Seagate Expansion and one touch?

The Seagate One Touch is a more basic device that is designed to be plug-and-play. This means that you can connect it to your computer and begin transferring data without having to install any software. The Seagate Expansion, on the other hand, requires that you install the included software to use it. This software gives you more control over how you backup and manage your data.