XCopy and Robocopy are some of the powerful copying tools available in Windows. They both offer a command-line interface with advanced options such as mass copying of files, file monitoring, and all that at a much faster rate than the standard copy command. However, it also increases the chance of making a mistake, and hence it is recommended to use a professional backup solution such as EaseUS Todo Backup.

In many instances, we need to copy multiple files or directories to another network due to requirements that may be necessary to perform on our PC or laptop. Several tools help us do that job easily. Here is a comparison between two of the best tools that serve that purpose - XCopy and Robocopy.

"You'll need to provide administrator permission to copy this file/folder" error has occurred to many people in Windows 10/8/7. Most ordinary users may not know what's going on with their computers or devices when this error message pops on. 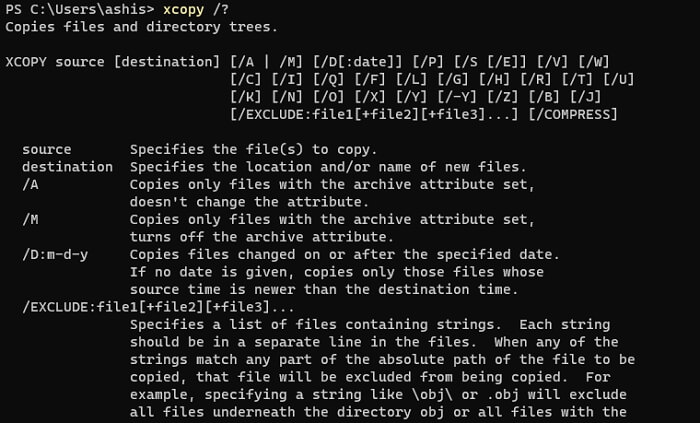 In general, XCopy is a command used in computing for copying several files and entire directories from one to another or across a network as per need. It stands for Extended copy. It is also a built-in command in Windows OS, which is more advanced than the traditional 'Copy' command.

Here is the list of some significant features that XCopy offers. 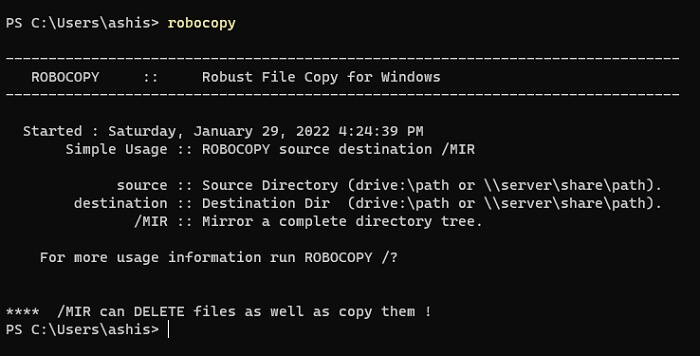 Robocopy stands for Robust File Copy. It shares various similarities with XCcpy but goes one step further in terms of functionality. It is a command-line directory or replication command for Microsoft Windows. It genuinely works as XCopy but grants more advanced features to its users.

Firstly introduced as a part of Windows NT 4.0 Resource Kit, since available for all the Windows versions since Vista and Windows Server 2008.

Here is the list of features offered by Robocopy:

Comparison Of XCopy And Robocopy

As we've stated above all the generic details about Xcopy and Robocopy, here is the comparison between them to specify which one you should use while performing those operations. Both are command-line tools that are often used in file transferring.

However, there are several aspects to it when it comes to copying Windows File and Windows Backup utility. We'll compare them strictly on that basis.

Robocopy uses Mirroring, but XCopy does not use it. It is used to mirror or synchronize directories. So instead of copying the total amount of files directly from one directory to another, Robocopy checks the destination directory first and removes all the files that are no longer present in the main tree.

It also checks for the files in the target directory against the files about to be copied. In return, it will save time by not copying unchanged files. XCopy does none of those things that are mentioned above about mirroring.

Robocopy is much faster than the standard Copy command. It is because Robocopy uses several simultaneous threads for copying the files. Hence, we recommend using Robocopy instead of the copy command if you plan to copy many files. Robocopy migrates files extremely fast. The difference between transferring speed of both Robocopy and Copy has a significant amount of difference in favor of Robocopy.

Automation is useful when there's a need to create daily backups or large amounts of batch jobs that require a significant amount of time but little to no interaction. Robocopy uses an option called "Run Hours" (/RH) that allows you to set when the requested copies should be processed instead of the time of the command as with XCopy.

"/MON" or "/MOT" commands are supported and used in Robocopy for directory monitoring. Several other commands have different purposes like "/MOT:m" that check the file after every "m" specified minutes for any changes and then copy it wherever they are. It is similar to periodically saving a file while continuously working on it with much more efficiency. On the other hand, Xcopy has no monitoring support whatsoever.

Both XCopy and Robocopy support copying over the files archive and attribute in the case of file attributes. Still, again Robocopy takes the cake here by taking it way beyond by supporting overall copy attributes that include timestamps security, owner, and other auditing info.

As we know, these little attributes help us maintain a proper directory structure, mainly when you're working as an administrator.

Limitations of Xcopy and Robocopy

Disadvantages of XCopy include, well apart from things, Robocopy offers a feature-rich and faster experience with enhanced performance to the end-user. Hence, it makes more sense to use that.

As mentioned earlier, both Robocopy and XCopy are command lines, which can be a little challenging for a regular day-to-day user. There's a lot that can go wrong with using those options if you do not have enough experience. Therefore, you can use a third-party Windows backup software called EaseUS Todo Backup for more excellent safety and usability.

Here are several reasons why it is the best way to transfer files and create a backup.

We've discussed everything concerning the Windows File Copy and Windows Backup Utility, Robocopy has a lot more to offer than XCopy, but it's harder for daily users to use it. Hence, EaseUS Todo Backup is the best bet for you. Good luck with your future adventures.