All about PXE Boot Server tool

What is PXE and PXE Boot tool

In computing, The PXE (short for Preboot Execution Environment) describes a standardized client-server environment that boots a software assembly, retrieved from a network, on PXE-enabled clients.

A PXE Boot tool is usually a network boot software which is designed for solving the problem that boots many computers from an image file on network.

What a PXE Boot Server tool can do for you

1. Maintain or install system for multiple computers without inserting CD or USB into these computers one by one.
2. Deal with the sitaution where your computer cannot start normally already and it can't boot through loading image file on inner hard drive.
3. Boot up multiple client computers within LAN when the clients have no available CD-ROM drive and USB ports or you have no CD or USB image at hand.

EaseUS Todo Backup PXE Server is the best PXE Boot tool. Allowing network booting of EaseUS Todo Backup Recovery Environment on target machines, it is especially useful for bare metal recovery or network deployment. Now you can download the program and try it to install Windows 10/8/7/Server 2012......via PXE boot. 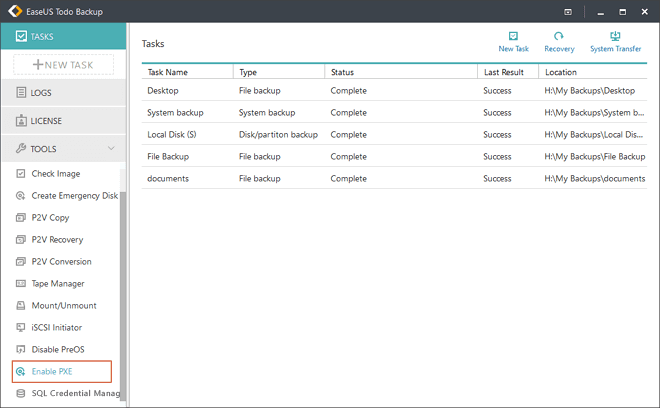 2. Boot your target computer through a network interface. 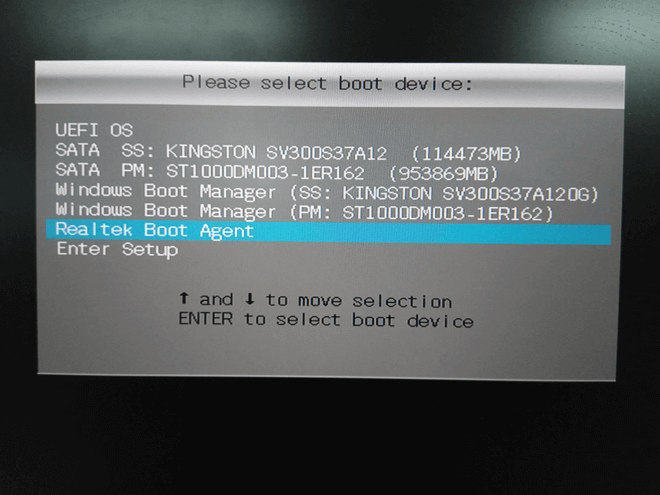 3. Then it will automatically locate the EaseUS Todo Backup PXE server, which allows network booting of EaseUS Todo Backup Recovery Environment on target machines. You can perform file backup and recovery, disk/partition backup, bare-metal recovery, etc on your target computer.

Note: Make sure there is a working DHCP(Dynamic Host Control Protocol) in your network so that the booting computers can automatically get IP addresses and boot into EaseUS Todo Backup Recovery Environment.

A PXE Boot tool is usually a network boot software which is designed for solving the problem that boots many computers from an image file on network.