How to Clone RAID Disk Safely and Easily

EaseUS Todo Backup is the best RAID clone software. It can safely and easily clone RAID 0, RAID 1, and RAID 5 to a single drive without losing any data under Windows Server 2003/2008/2012.

"My old RAID drive is not large enough and I want to migrate data from the small disk to a larger one without any data loss in my server. Is there any way to do this?"

This is a RAID user's question. Generally, this is a common request as the RAID users. How to solve it? Clone RAID disk is a good way, by which small RAID disk can be upgraded or migrated data to a larger one and all operating system and applications are fully functional. This is an easy and convenient method. In order to understand RAID clone, let's learn some knowledge of RAID.

RAID, short for Redundant Array of Independent (or Inexpensive) Disks, a category of disk drives that employ two or more drives in combination for fault tolerance and performance improvement. RAID disk drives are used frequently on servers but aren't generally necessary for personal computers. RAID allows you to store the same data redundantly (in multiple paces) in a balanced way to improve overall performance which offers superior read/write performance, storage capacity and reliability over older storage solutions. There are different RAID levels and RAID 0, RAID 1, RAID 5 is the most common used.

How to Clone RAID with EaseUS RAID Clone Software

To clone RAID to another disk safely, reliable software is a good choice. EaseUS Todo Backup is RAID clone software, which is file-by-file disk cloning and both Windows version and WinPE bootable CD support RAID array. It is easy to clone RAID drive by following steps.

 Important
If the source disk contains the Windows boot partition, to make the computer boot normally, use the 'System Transfer' method instead of the following standard disk-cloning method. 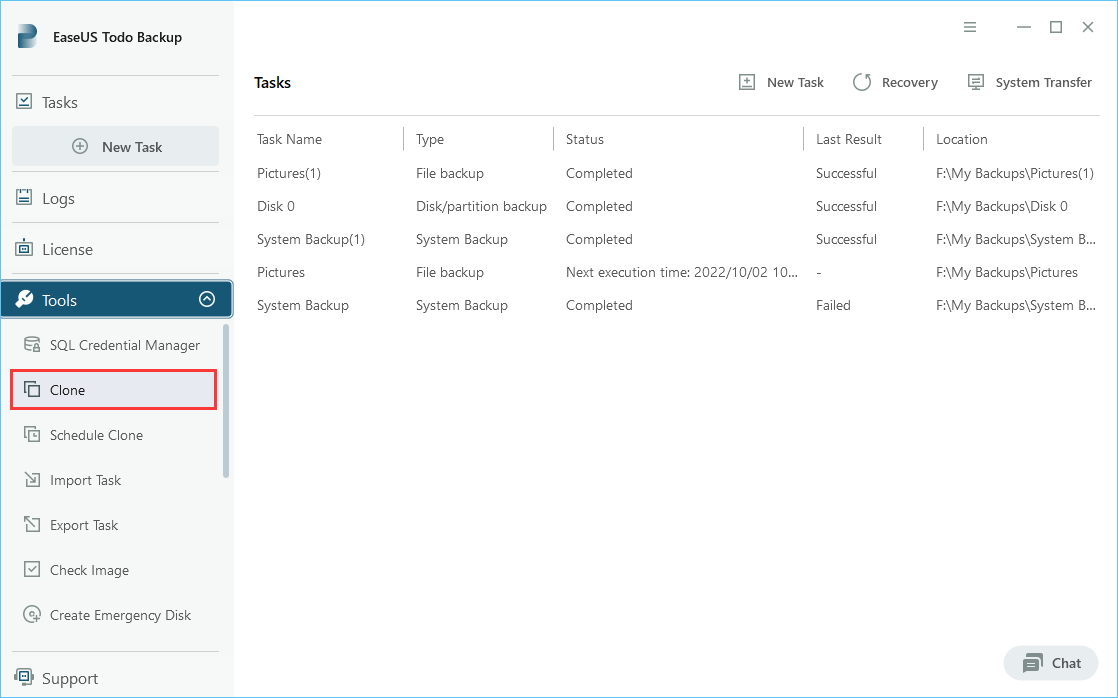 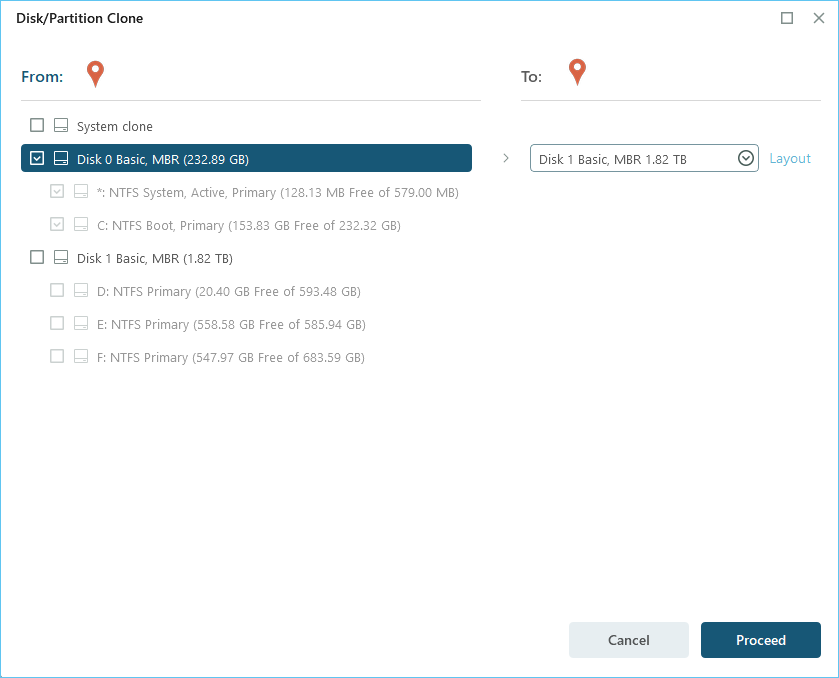 Step 3. Preview the disk layout before cloning by clicking the "Layout" button. The sector by sector clone option enables you to clone all sectors from source disk to the destination disk. 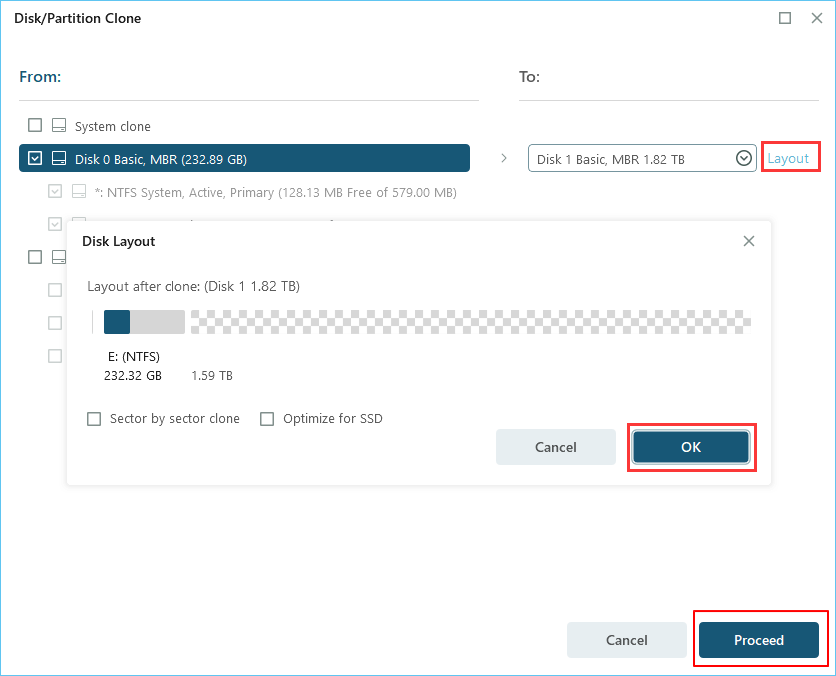 Generally, EaseUS Todo Backup is useful software to clone RAID array. Besides, this RAID clone software can also back up RAID, restore RAID or restore RAID by bootable CD and so on.