Question on OneDrive antivirus exclusions: Hi, I observed that the files in my OneDrive are always flagged as viruses by the antivirus software. Meanwhile, I have had some of these files for a long, and I am sure they are clean. Does anyone have an idea to set the antivirus to exclude scanning the OneDrive files?

Hi, I observed that the files in my OneDrive are always flagged as viruses by the antivirus software. Meanwhile, I have had some of these files for long, and I'm sure they are clean. Does anyone have an idea to set the antivirus to exclude scanning the OneDrive files?

While it is not generally recommended, you might want to exclude some folders, files, or websites from being read during your Antivirus scan. A common problem that computer users face is OneDrive antivirus exclusions, and that is because antivirus software sometimes classifies the OneDrive files as malicious.

However, it is essential to be 100% sure that the concerned files, folders, or websites are not infected. Always use a trusted antivirus tool to check before making assumptions.

How to Exclude OneDrive from Antivirus?

You might want to learn about OneDrive antivirus exclusions if it prevents you from downloading selected files and folders. The error message usually looks like this: "We detected that this file contains a virus that could harm your computer and stopped the download."

That can be annoying, especially when confident that the concerned files are clean. How then do you exclude OneDrive from Antivirus?

Step 1. Launch the antivirus protection software, and locate Protection from the navigation menu. Note that this might be slightly different for other antivirus tools. 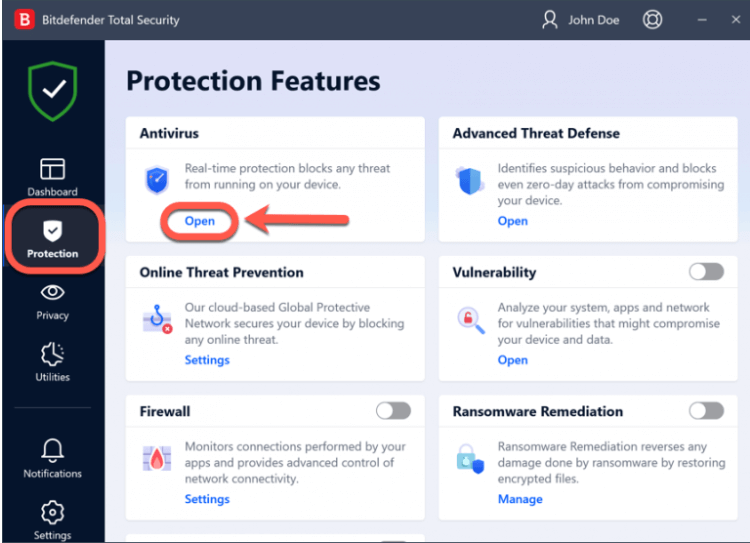 Step 3. Select Settings under the new Antivirus window, and click on the Manage exceptions tab on the right-hand side of the display. 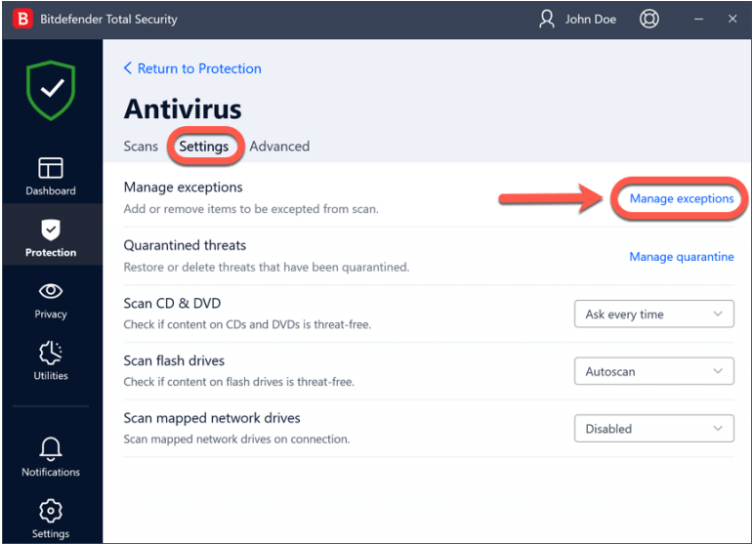 Step 4. From the next page, click on +Add an Exception. 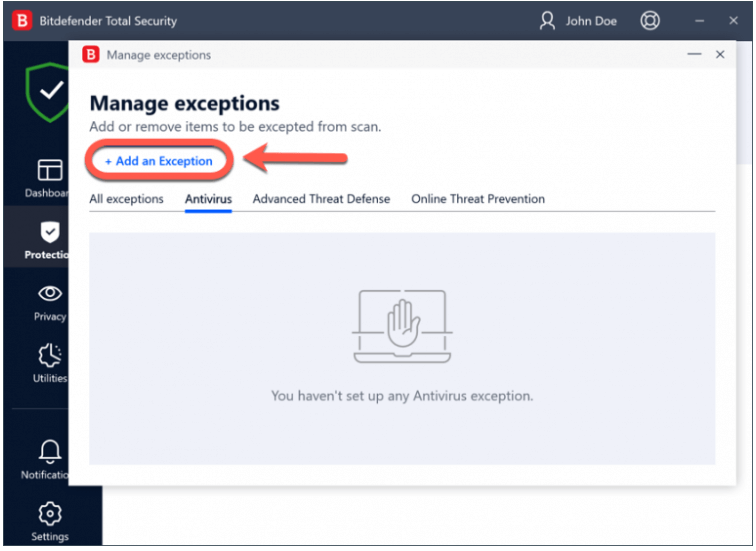 Step 6. An Exception options window is displayed. You should see a switch in front of the Antivirus tab. Turn it on and click Save to confirm the OneDrive antivirus exclusions. 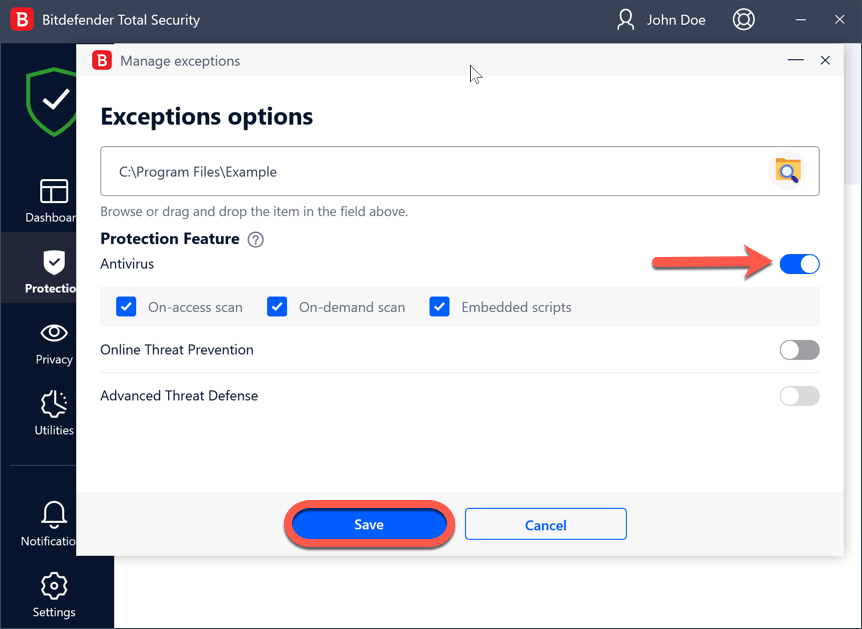 If you don't want to back up content with OneDrive and want to disable it once for all, this article describes in detail how to stop OneDrive Backup in Windows 11.

1. How do I disable OneDrive antivirus?

2. How do I make folders excluded from antivirus?

Depending on the antivirus software, open the Settings window, and check for the Manage Exceptions or Scan exclusion tabs. The specific name varies for different antivirus tools. Follow the next prompts to add or remove exceptions. To add, follow the path for the file/folder location. Select the file/folder and press OK. Save the changes made.

3. What are antivirus exclusions?

The “Antivirus exclusions” is a list of folder/file/applications pathways that have been excluded from the scan results display. The implication is that the Antivirus software skips those files/folders during a scan. However, it means there is a risk that such files cause serious harm to the system if infected. We encourage users to be certain about the file status before OneDrive antivirus exclusions.

4. Can a virus get into OneDrive?

Yes, it is possible when you save affected files on the OneDrive folder. You have to upload an affected document to OneDrive before other files are at risk. Otherwise, your OneDrive is secure.

This guide perfectly summarizes the fundamentals you need to carry out OneDrive antivirus exclusions. The steps are easy, but you must first be sure that the files to be excluded are 100% safe. All it takes is one infected file to affect other clean documents.

Are you sure the error message suspecting your files is false? You can follow the steps above to exclude OneDrive from the antivirus scan. We used the Bitdefender antivirus here. Try the process out with your antivirus software and share the results.