EaseUS Todo Backup Free vs Home: Am I Giving Too Much Away?

- What's included in the free version?

As a file-level backup utility, EaseUS Todo Backup Free supports the creation of backups from a single file to an entire disk or partition, taking into account different levels of backup needs. Restoring the backup file is also very simple. Find the created backup image and select the path to restoring the files you need. 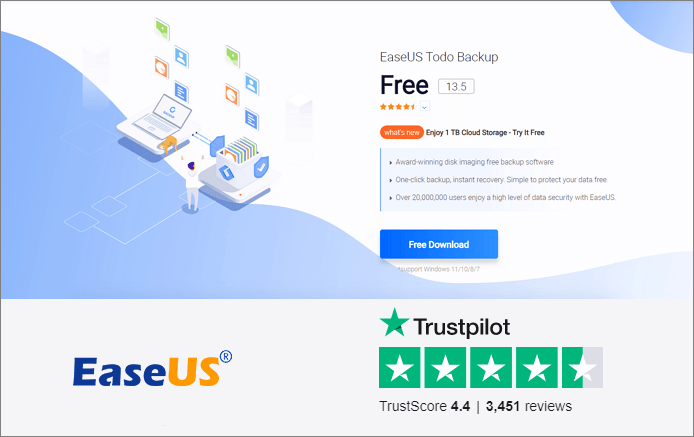 - What Does the Review Site Say about EaseUS Todo Backup Free?

Some software review websites will regularly test and comment on common backup software. A section of Lifewire's review of EaseUS Todo Backup Free is quoted here, and it can also be used as a reference when you choose backup software.

"The restore feature may very well be our favorite thing about EaseUS Todo Backup. Similar backup programs require you to view a backup from within the program, but being able to mount a backup like it's an actual drive in Windows makes it extremely easy and natural to browse through.

We appreciate that a system partition backup is included with EaseUS Todo Backup. The fact that you can run it on a schedule makes it just that much more beneficial.

Securing a backup should be a feature in any good backup program, and EaseUS Todo Backup supports this."

- What's included in the home version?

Compared with the free version, EaseUS Todo Backup Home adds a clone function in addition to the backup and restore functions. It supports users to clone partitions, disks, and systems. If you don't like the way to create a backup image, you can also clone a partition/disk or your system to an external hard drive as a backup. Other common scenarios for using the cloning function also include upgrading the hard disk from HDD to SSD, and system migration.

- What Does the Review Site Say about EaseUS Todo Backup Home?

Here is an excerpt from Capterra's review of EaseUS Todo Backup Home. The comments on Capterra are mainly from real users, you can refer to the opinions of other users to decide whether to choose this software.

"EaseUS Todo Backup is pretty user friendly software. It works with Windows 10 pretty seamlessly and provides the user with all the basic backup functionality that you would expect but also allows the user to get more specific as to the type of backup that is to be done. The user can specify how often and when the backups will take place as well as what physical location the backups are stored at. The best options that I found to be the most useful are around the system clone which does exactly as the name infers and the partition backup on one of the partitions which are driven particularly hard on my PC. Ontop of the specific backup functionality mentioned is also the tools the software provides. You can mount/dismount drives, wipe data, enable pre-operating systems, keep logs, refresh disks and check your disk images."

Below are the highlight features of EaseUS Todo Backup Free and Home, these features could be the decisive factor when you decide whether to pay for this software. 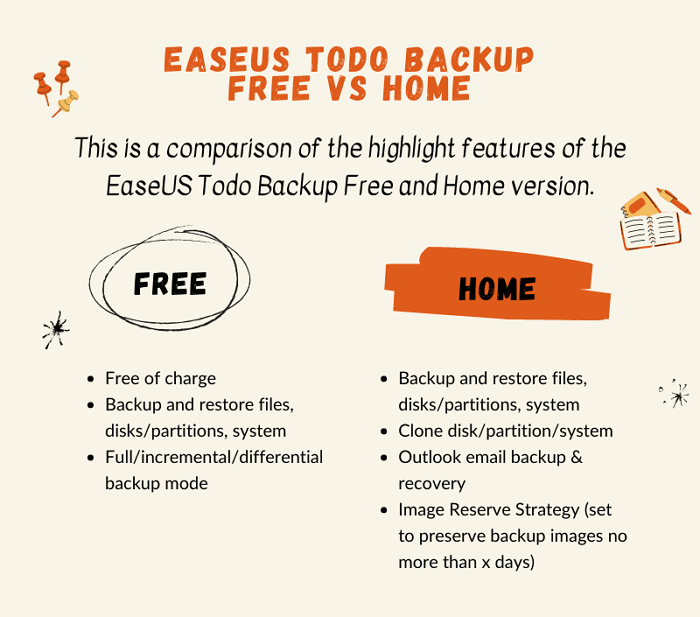