Dropbox and Google Photos are great platforms for storing important files and data. Something great about these platforms is that they allow you to transfer files between them. Thereafter, you can access the saved files from any device, provided you have the appropriate login credentials.

Do you know how to transfer files from Dropbox to Google Photos? This article will introduce two methods you can apply to transfer files between the two platforms. We'll also talk about how you can transfer programs from PC to PC using EaseUS Todo PCTrans.

Dropbox is a file hosting service operated by the American company Dropbox, Inc., headquartered in San Fransisco, Califonia, U.S. that offers cloud storage, file synchronization, personal cloud, and client software.                - by Wikipedia
Google Photos is a photo sharing and storage service developed by Google. It was announced in May 2015 and spun off from Google+, the company's former social network.   - by Wikipedia

Dropbox and Google Photos are cloud storage services that enable users to store files and important data in the cloud. Both services require users to create an account before they can store data. Dropbox provides a simple and secure way to access different files. It allows you to store memorable photos, videos, and documents.

The service also provides an easy way for team members to collaborate on a project. On the other hand, Google Photos provides an excellent platform for photo storing and sharing. This cloud service has built-in features that allow you to edit saved photos and pictures.

It supports many file formats including .mtv, .webp, .mts, etc. Apart from enhancing the features of your photos, Google Photos allows you to organize the pictures to your preference.

Here we compared Google Photos and Dropbox and you can follow this table to learn the differneces between the two cloud drives.

According to this table, it's clear that Google Photos provides more free storage than Dropbox and that could be one of the biggest reason why do some users prefer to migrate from Dropbox to Google Photos. Also, the free photo editing tools built-in Google Photos is also attractive to most phography fans.

In a word, for storing huge number of photos and even videos, Google Photos is more popular and practical for normal users.

Why Move Files from Dropbox to Google Photos?

You can store more files on Google Photos without easily running out of space. You may also want to transfer files to Google Photos because it allows you to organize files based on your preference. For example, it allows you to create galleries for photos taken on different occasions. It can also group the photos based on the date of modification.

Another reason to transfer files to Google Photos is that this cloud storage service allows you to edit files. It allows you to add enhancement features to your photos to make them more attractive. This feature is unavailable with Dropbox since the service only allows you to store saved photos and files.

2. Select the files you want to transfer and click on the three dots at the top right. Next, click on Download. The selected files will be downloaded and saved to your computer's hard drive.

4. To the upper right corner, click on the Upload icon.

5. Select the location of the downloaded files and upload them to Google Photos. After completing the upload process, you'll have your Dropbox files saved on Google Photos.

The Download & Uploading method can also be applied to:

So how do I sync files between Dropbox and Google Photos? To sync your photos from Dropbox to Google Photos, you can apply the following steps:

1. Download the Dropbox desktop app on your computer. After its installation, the app will have its menu in the system tray and a folder bearing its name in the File Explorer. 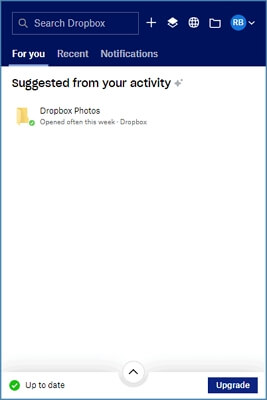 2. Navigate to Google Workshop and download the "backup and sync" app.

3. Set the app to sync the pictures into Google Photos. As an alternative, you can select the Google Drive folder created by the "backup and sync" app to move pictures from Dropbox to Google Drive. 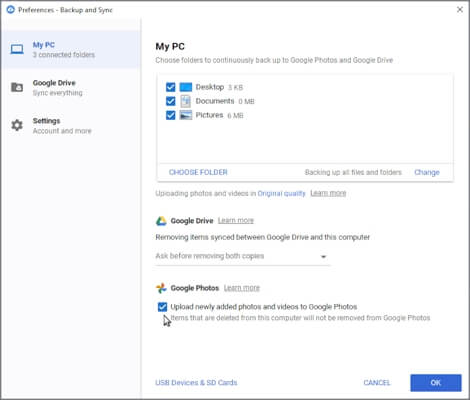 4. Next, open the Dropbox and Pictures folders. Select the pictures you wish to move from Dropbox. 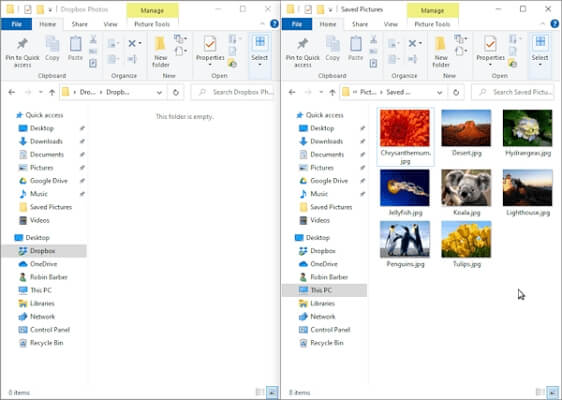 5. Drag the selected items and drop them in the Pictures folder.

6. After you've copied the selected items to the Pictures folder, they'll automatically sync to Google Photos. Try accessing Google Photos via another connected device or visiting its website to confirm if pictures were synced. 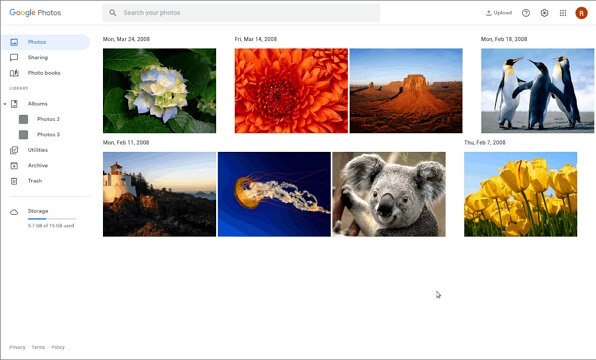 You'll just need to connect the two PCs via the same network. You'll also need to install EaseUS Todo PCTrans on both devices to enjoy a seamless transfer of applications. This software tool is efficient for application transfer since it allows you to transfer large size apps in a very short time.

Clear steps are here for you to use this software to help you transfer Dropbox and Google Photos desktop apps between two PCs:

On the source PC, select "PC to PC" on the main screen of EaseUS Todo PCTrans and move on. 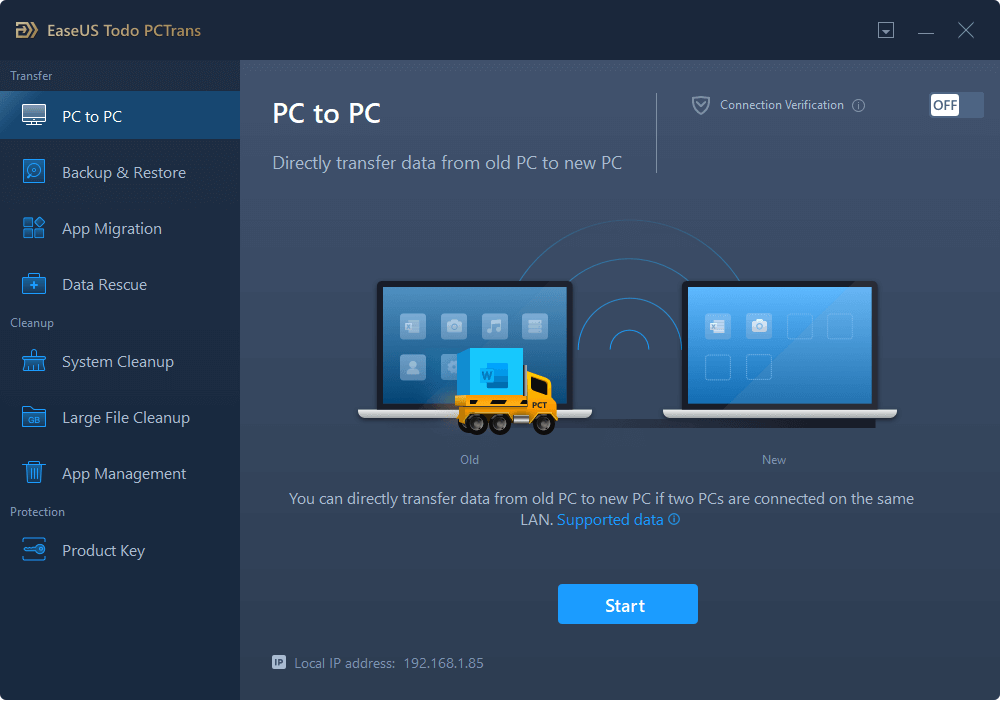 "Old" - Transfer all data from current old device to a new computer. 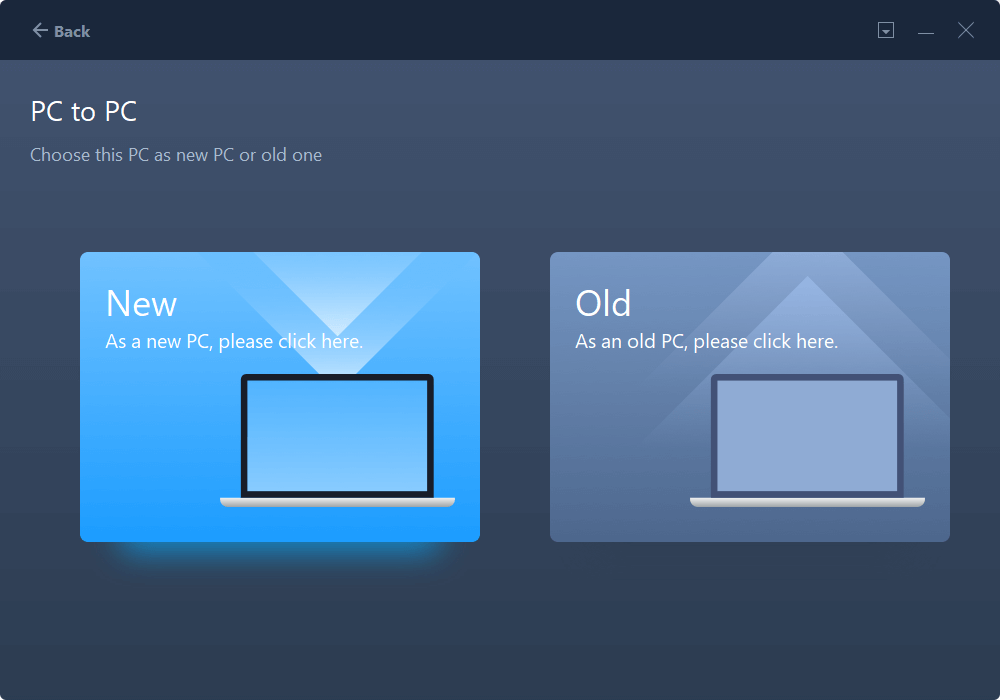 1. Select your target PC to connect via its IP address or device name and click "Connect".

If you didn't see the target PC in the listed devices, you can also click "Add PC" to manually connect the target PC by inputting its IP address or device name. 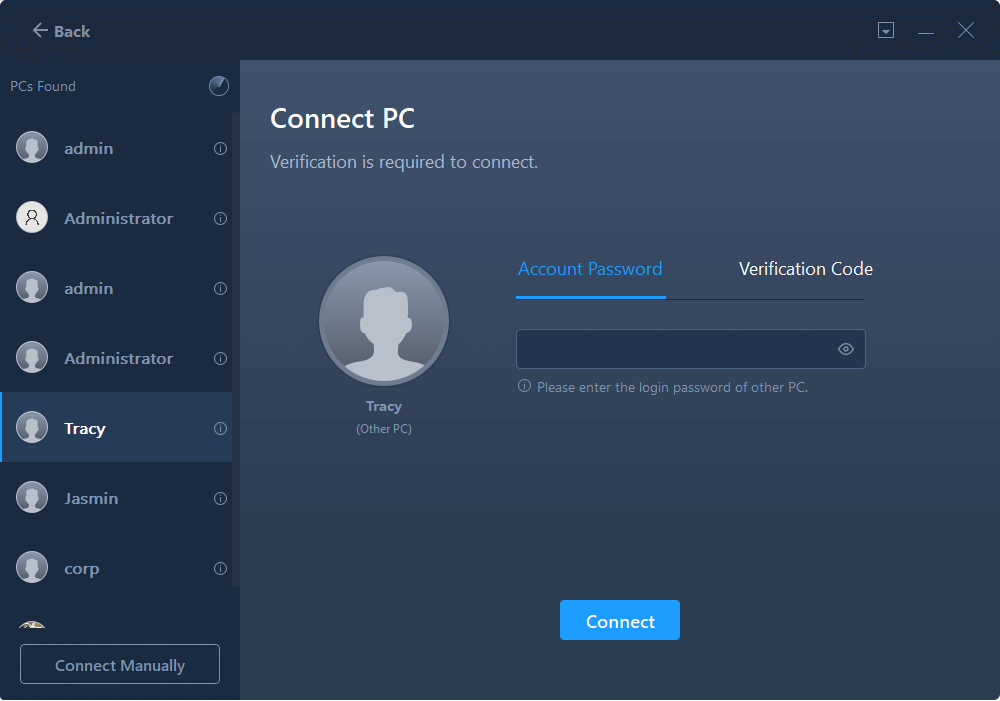 Step 4. Select apps, programs, and software and transfer to the target computer

1. You can select and choose what you want to transfer from the current computer to the target PC.

2. After selecting desired applications and programs, click "Transfer" to start the transferring process. 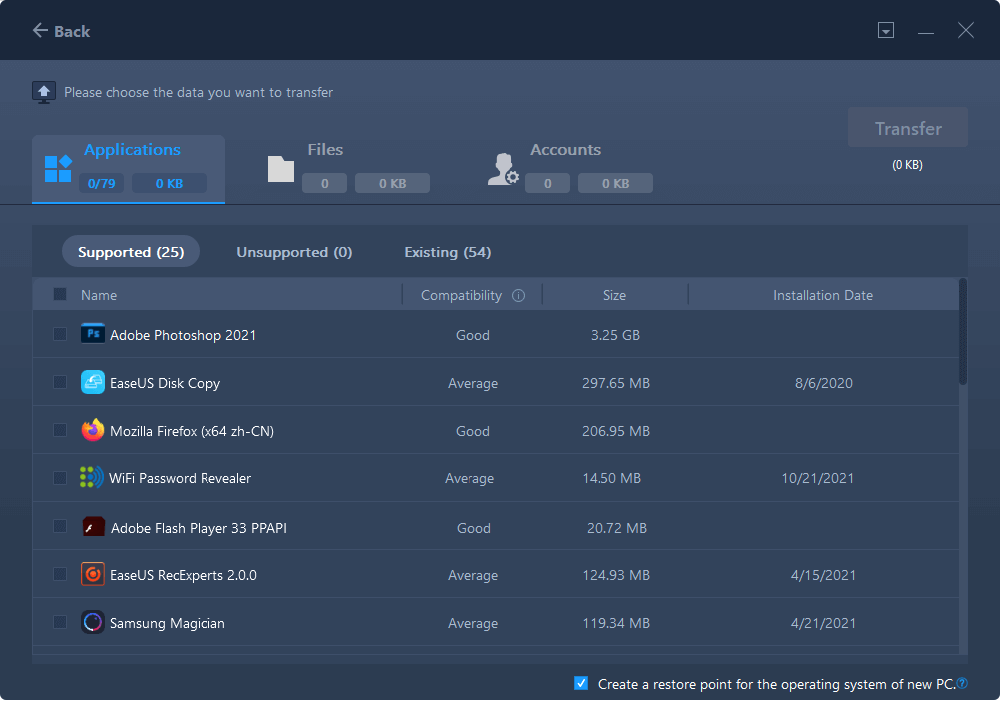 What Else Can You Do with EaseUS Todo PCTrans Features?

Here is a list of unique functions of EaseUS Todo PCTrans that you may follow and apply to fulfill your daily data migration request on your own.

💻 1. Program migration from PC to PC.

EaseUS PCTrans allows you to transfer application and server files with large disk space from one computer to another. It supports the transfer of most applications, including Word, Excel, Dropbox, Google Photos, Outlook, etc.

This software tool makes it easy to transfer photos, music, videos and other files between PCs. With just one click, you can migrate data between two computers.

🔑 3. Transfer user accounts and settings from one PC to another.

When shifting to a new PC, EaseUS Todo PCTrans allows you to move along with your settings and other personalization.

If you want to transfer programs like Dropbox and Google Photos across PCs, you can use EaseUS Todo PCTrans. We recommend this tool because it allows seamless data and large file transfer and allows you to migrate user accounts and settings.