Xbox 360 is a dedicated gaming console developed by Microsoft. It is more functional compared to its predecessors, and if you want to get more available space for Xbox 360, you need to add a USB external device. But you will find that the USB does not work when you connect it to the Xbox 360 console.

It may be caused by the wrong file system format of the USB, and you need to format it. So, do you know how to format a USB for Xbox 360? This article will provide different ways to format on Windows, Mac, and Xbox 360. 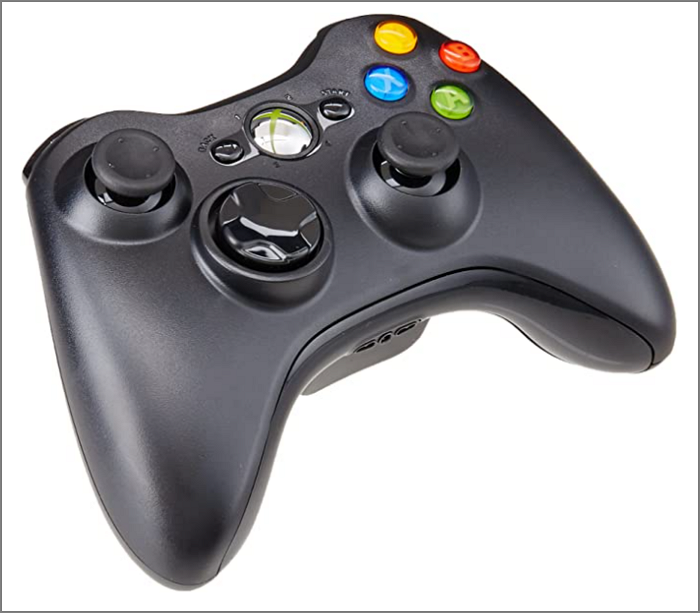 What Is the File Format for Xbox 360?

Although Microsoft produces both Xbox One and Xbox 360, they do not support the same formats. The most suitable format for Xbox 360 should be FAT32. While NTFS and FAT32 can be set to format hard drive for Xbox One. Xbox 360 is not compatible with the two formats. Some gamers have reported that USB drives don't work on Xbox 360.

So, if you want to use an external hard drive on Xbox 360, remember to format it as FAT32 on your computer first, and your chosen USB needs to be larger than 1GB to ensure better gaming performance.

After we know that the best file system format for Xbox 360 is FAT32, we need to learn how to format a USB for Xbox 360 to FAT32. Whether you are using Windows or macOS, or you only have a gaming console, you can easily format it. We'll cover all three methods in turn on the following content.

Format a USB for Xbox 360 via EaseUS Partition Master

Format a USB for Xbox 360 via Disk Utility

Step 1. Launch EaseUS Partition Master, right-click the partition on your external hard drive/USB/SD card which you want to format and choose the "Format" option. 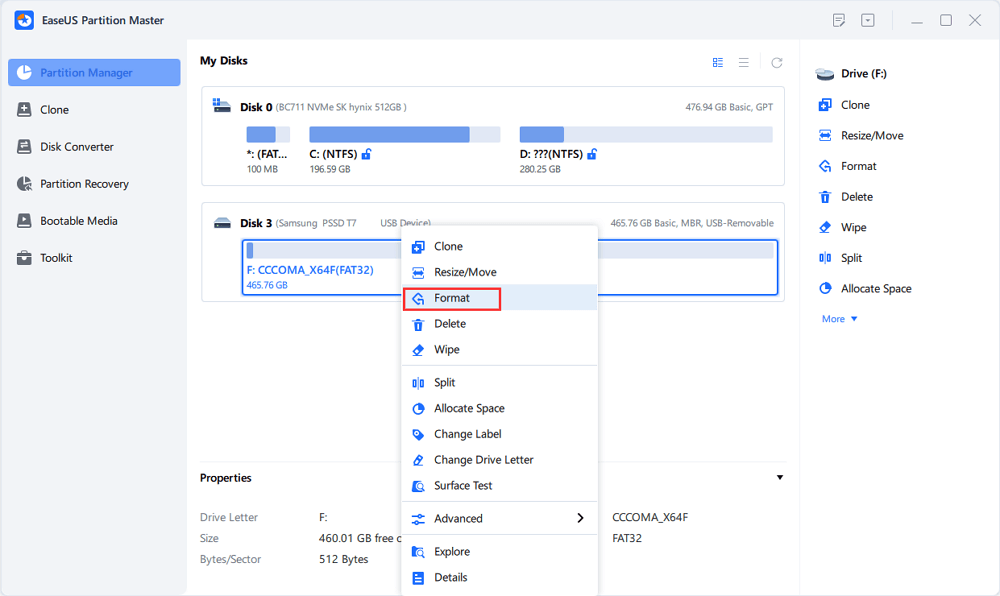 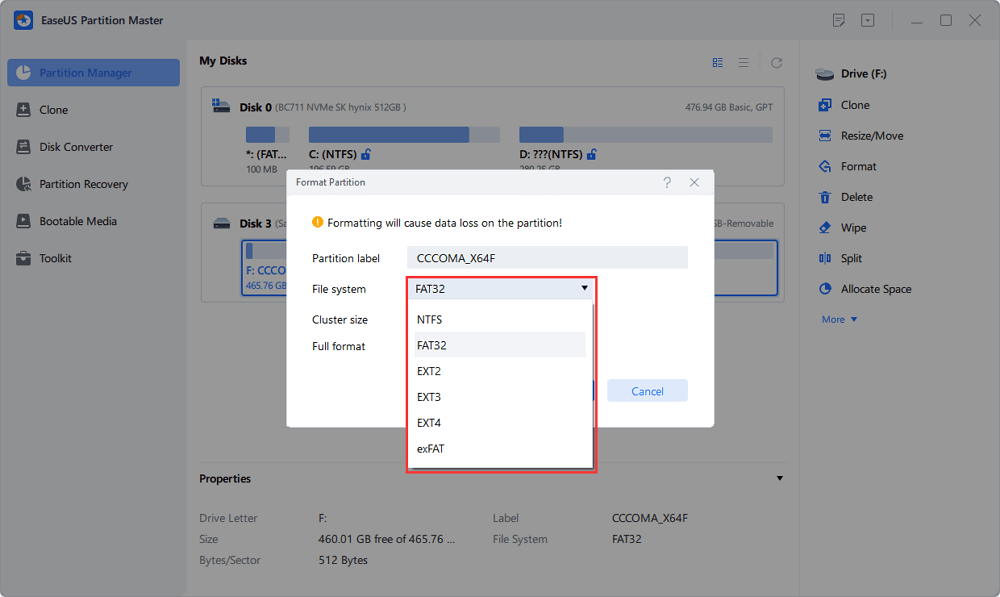 Step 3. In the Warning window, click "Yes" to continue. 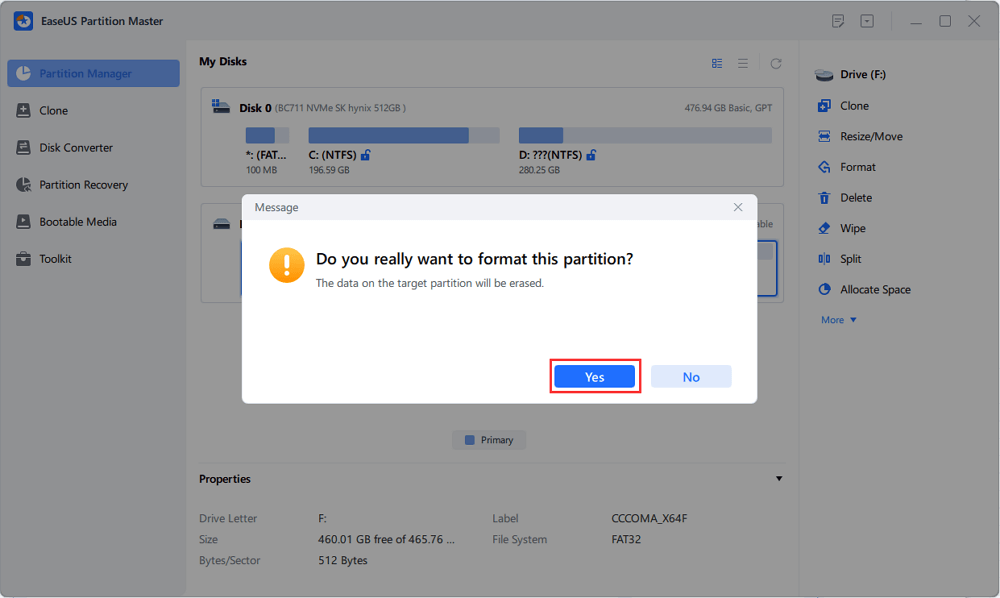 Step 4. Click the "Execute 1 Task(s)" button in the top-left corner to review the changes, then click "Apply" to start formatting your external hard drive/USB/SD card. 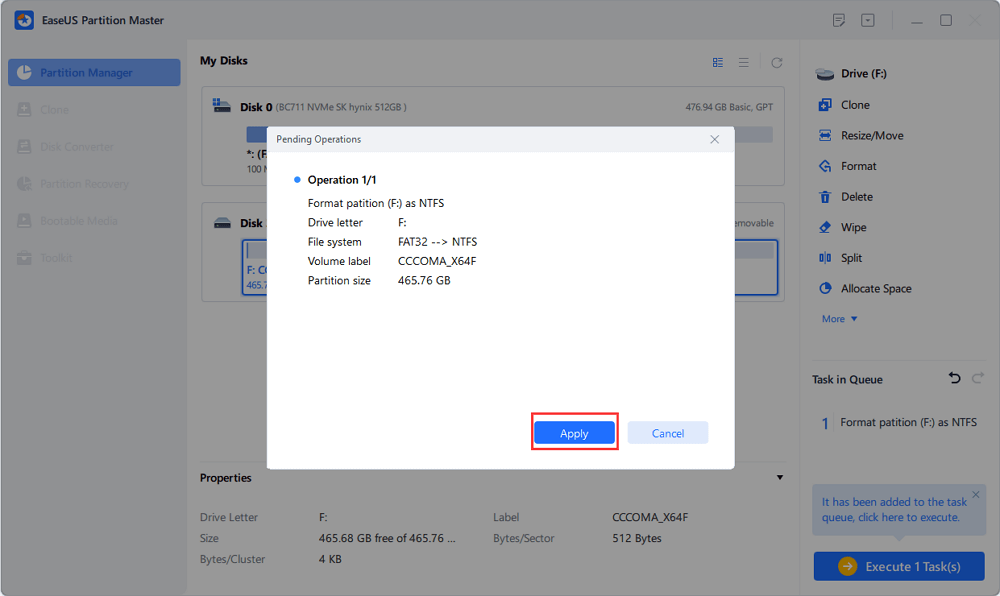 FAT32 is a compatible format that can also be formatted on Mac. There are two ways to format an external hard drive for Xbox 360 on Mac: Disk Utility and the Terminal command. The Terminal command is more suitable for advanced users and requires users to master the command. So here, I will only provide the method of formatting for Xbox 360 using Disk Utility. You can follow the steps below. 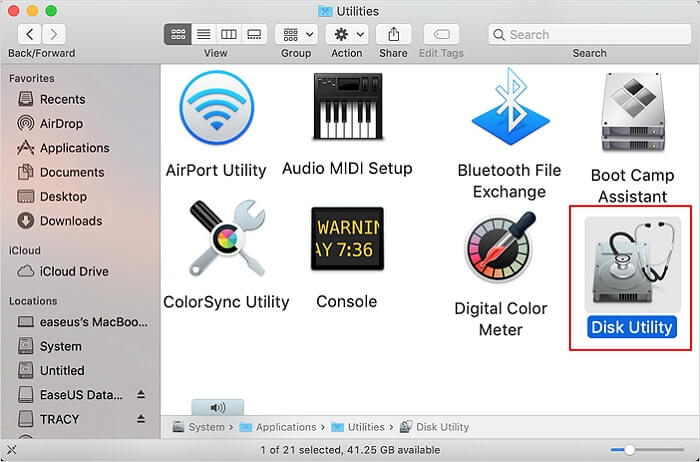 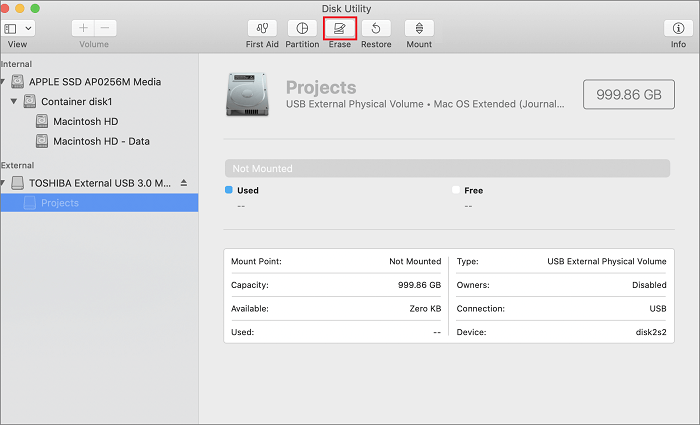 These are the steps to format a USB for Xbox 360 on Mac. If you encounter some problems when using an external hard drive on Mac, I hope the following links can help you solve them.

If you don't want to format the USB on your computer, you can also format it directly on the console. The operation is also very simple. You can follow the steps below to complete formatting USB for Xbox 360.

Step 2. Select "Settings" and then "Storage." 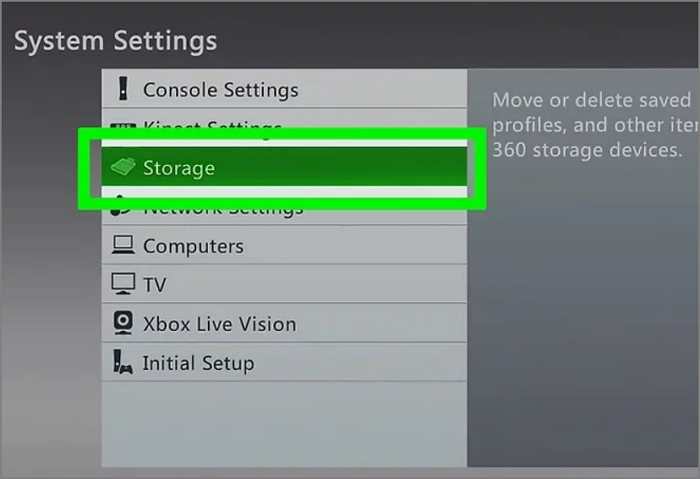 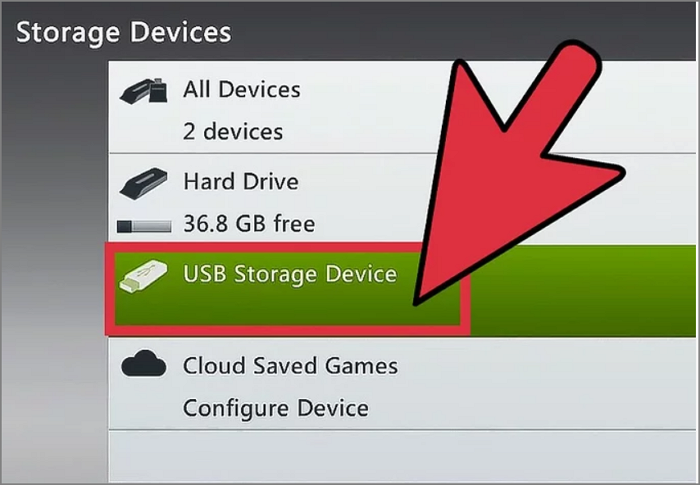 We know from this guide that the most suitable format for Xbox 360 is FAT32, and with EaseUS Partition Master you can easily format to FAT32 and convert NTFS to FAT32 without losing data. Of course, you can also format USB on Mac or Xbox 360.

After reading this article, we hope you can easily format the USB for Xbox 360 and have a better gaming experience on Xbox 360. Here are some more frequently asked questions about Xbox 360.

FAQs About How to Format a USB for Xbox 360

If you are interested in Xbox 360 USB format, keep reading.

Although Xbox 360 was developed by Microsoft, it does not support NTFS. Remember that the only format supported by Xbox 360 USB is FAT32.

It could be that your USB file system is wrong, or there could be a faulty USB cable connection. You can reinsert it or test the USB on another device to see if there is a problem.

The only format supported by the Xbox 360 is FAT32. In addition, the Xbox One's internal hard drive has the option of NTFS.

Cici has accepted the systematic training on computers at EaseUS. Now she has a detailed understanding of common computer issues, as well as computer backups and disk formatting management solutions.