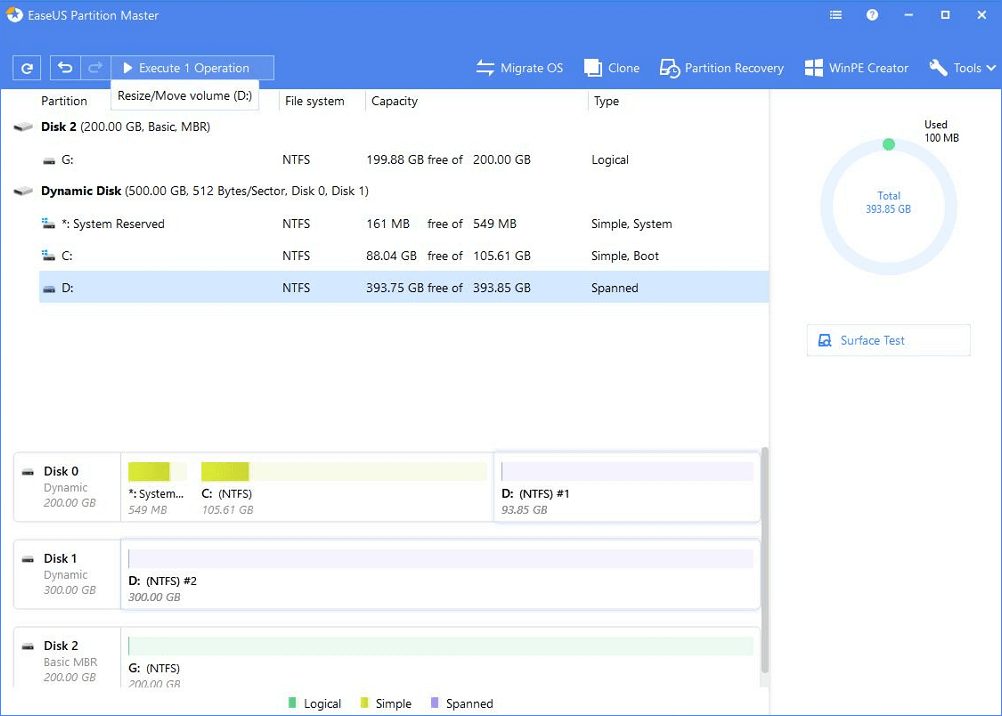 Quick Access on How to Merge Disk 0 and Disk 1

You need two steps and you can merge the two disks:

 Notice:
Merge Disk 0 and Disk 1 only work with converting two disks into dynamic disks. Without the first step, EaseUS Partition Master can not merge it.

"There are three disks on my computer. The disk 0 is almost full because I often use it to save and back up terabytes of data. However, my disk 1 has lots of free space. I wonder, can I merge disk 0 and disk 1 to get more space for my disk 0? Can I move unallocated space on disk 1 to disk 0?" Or how to take the volume from disk 1 to disk 0?"

Part 2. How to Merge Two Partitions on the Same Disk

Most users may have experienced the same problem: one of their disks gets full while the other has lots of unallocated space. The best choice to make full use of all space is to merge the two disks. Or move volume from disk o to disk 1. On this page, we'll show you how to effectively merge disk 0 and disk 1 (just two disks) with ease. You can also use the provided method on this page to merge even more disks on Windows PC.

Preparations Before Combine Disk 0 and Disk 1

To merge disk 0 and disk 1, you need to do the following preparations.

Professional partition manager software - EaseUS Partition Master can help you merge two disks effectively, allowing you to make full use of disk space. This software has many highlights:

As long as the second disk contains unallocated space, you can add it to the target disk to extend partitions. 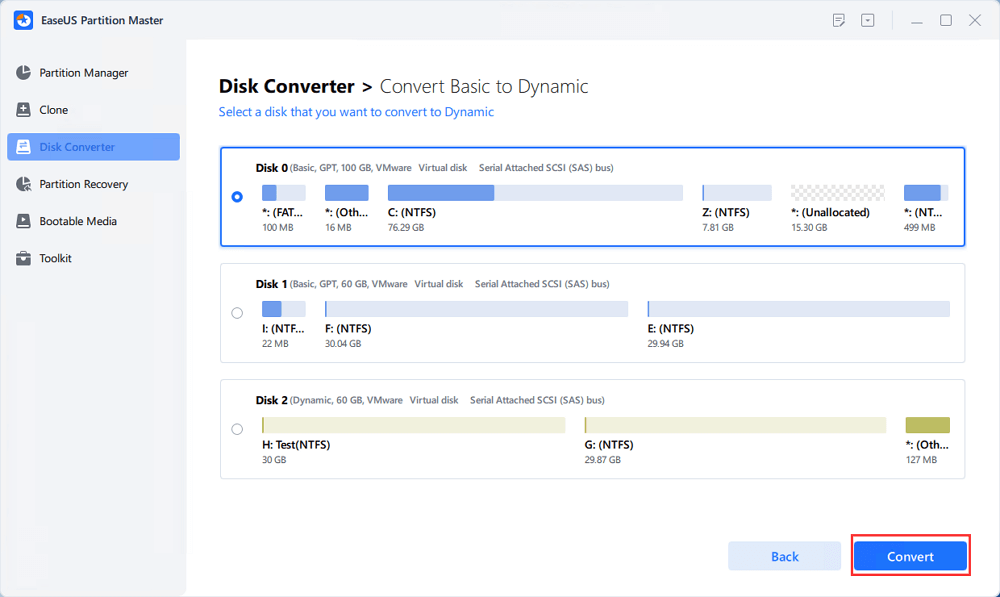 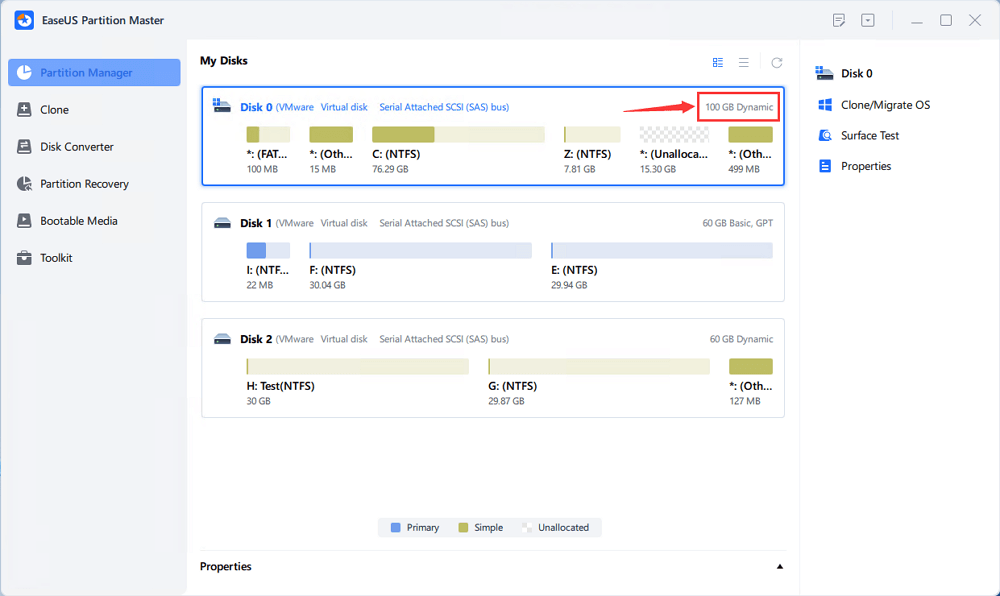 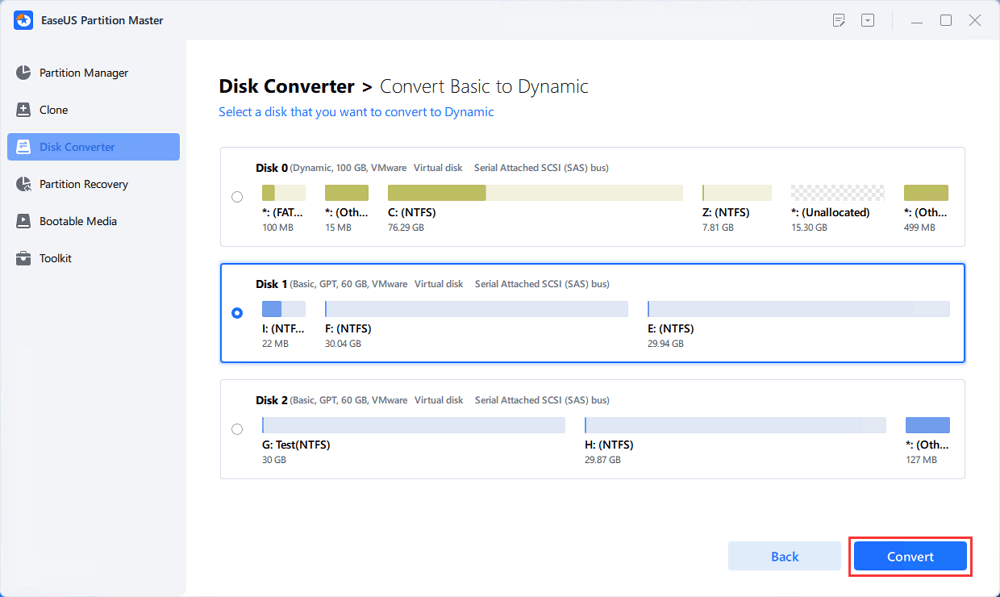 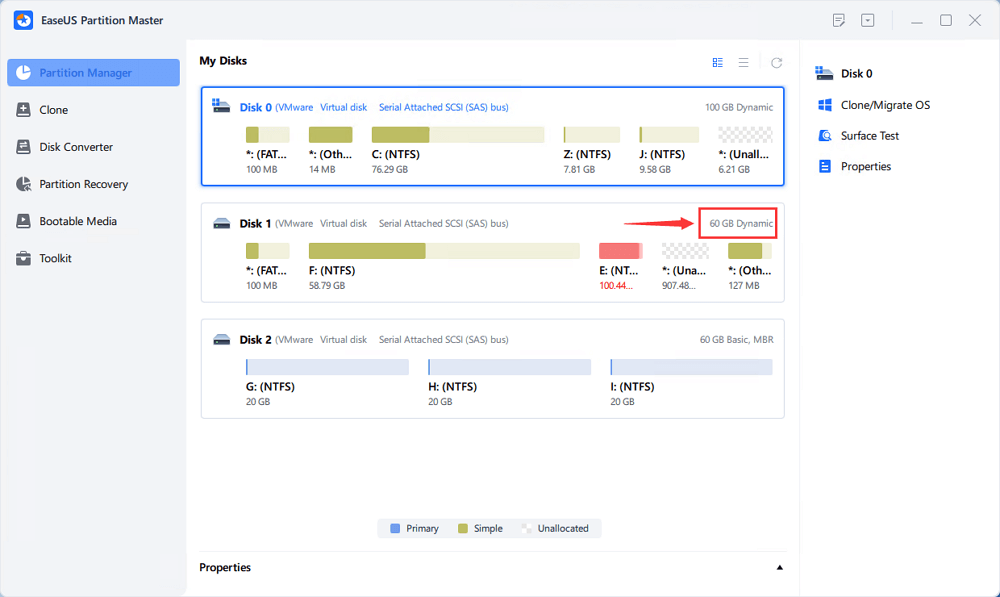 Note: The other dynamic must be unallocated space. If it's not, use EaseUS Partition Master to delete all the partitions on it. What's more, you cannot merge a system partition even you have converted to dynamic. 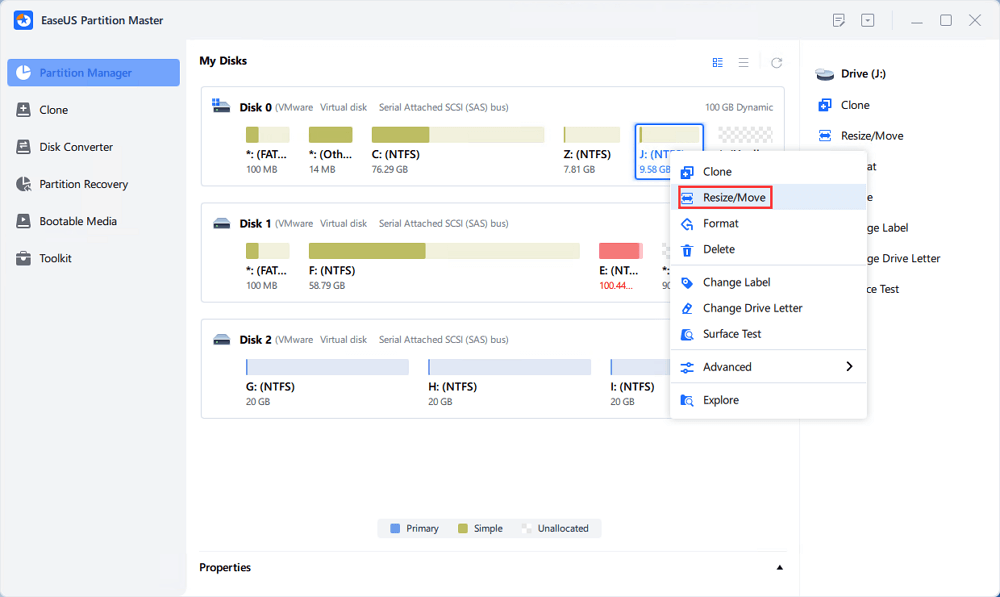 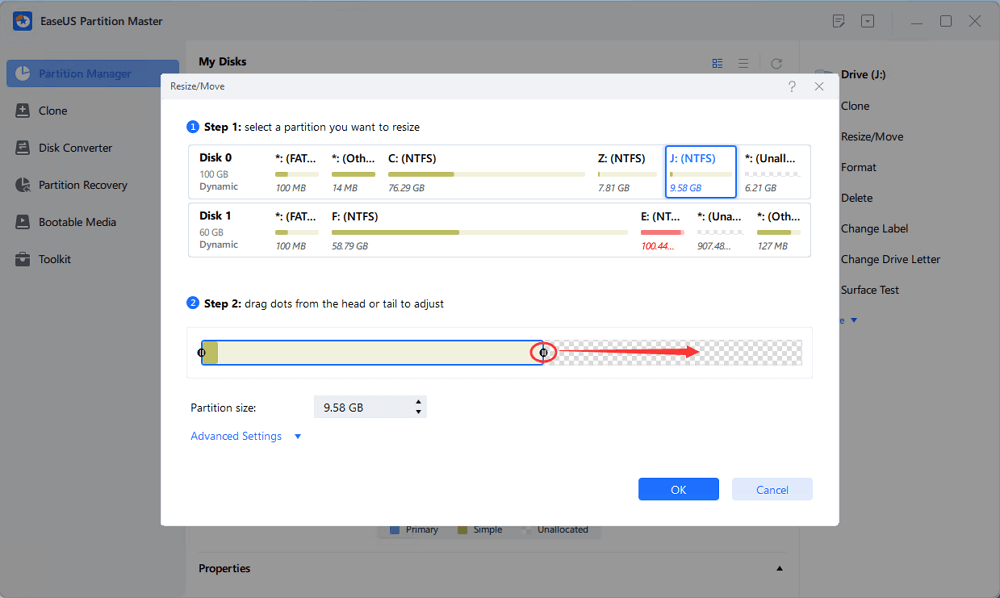 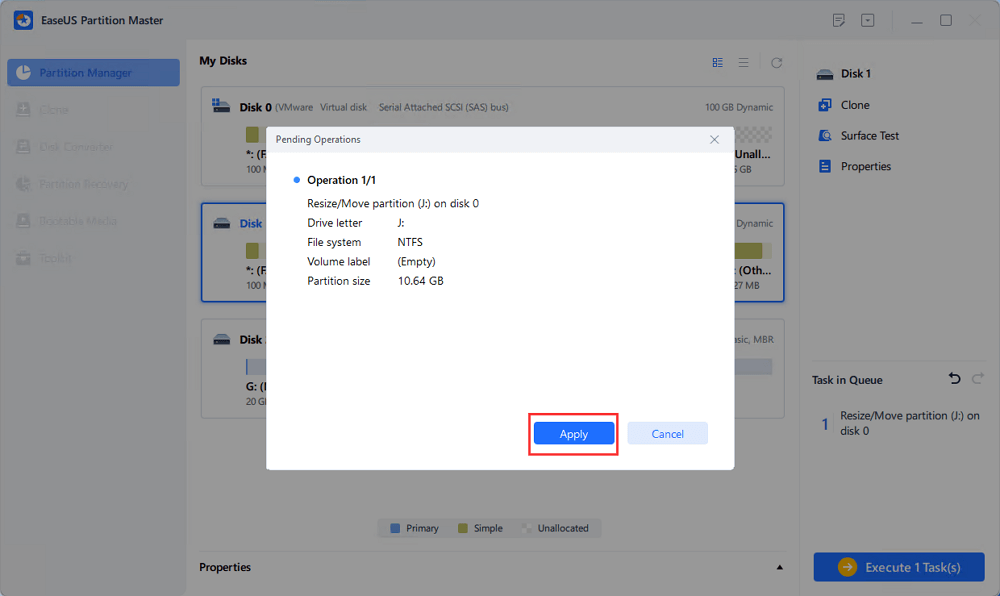 How to Merge Two Partitions on the Same Disk

If you have two adjacent partitions on the same disk, you can also merge them with the help of EaseUS partition software. Compared with Disk Management, EaseUS Partition Master won't ask you to delete a volume to create a new space. Instead, as long as the source partition and the target partition are adjoining partitions, you can combine them directly.

Steps to combine two adjacent partitions on the same disk:

Right-click on the partition which you want to add space to and keep, and select "Merge". 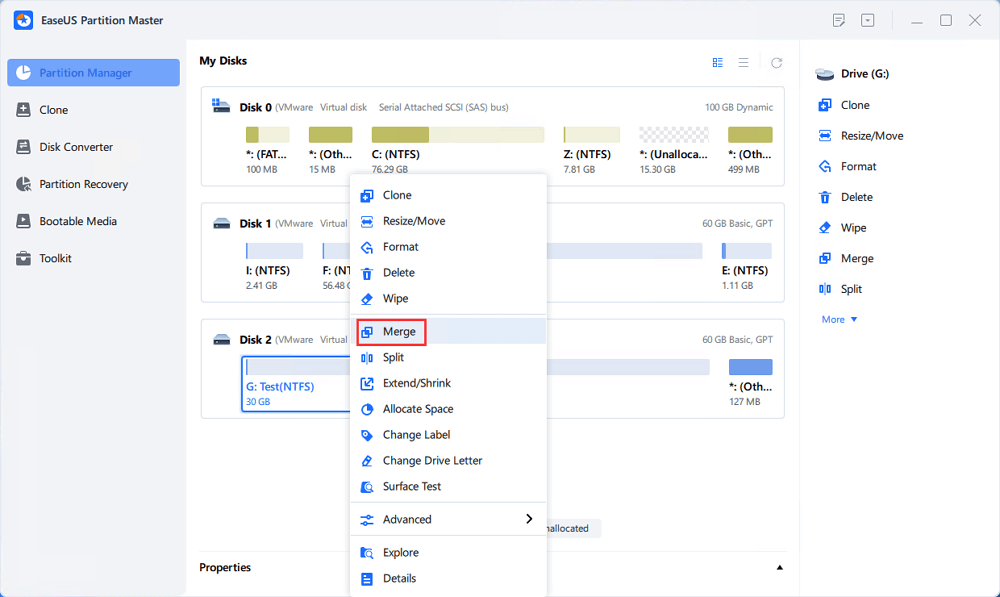 Select one partition next to the former selected partition and click "OK" to continue. 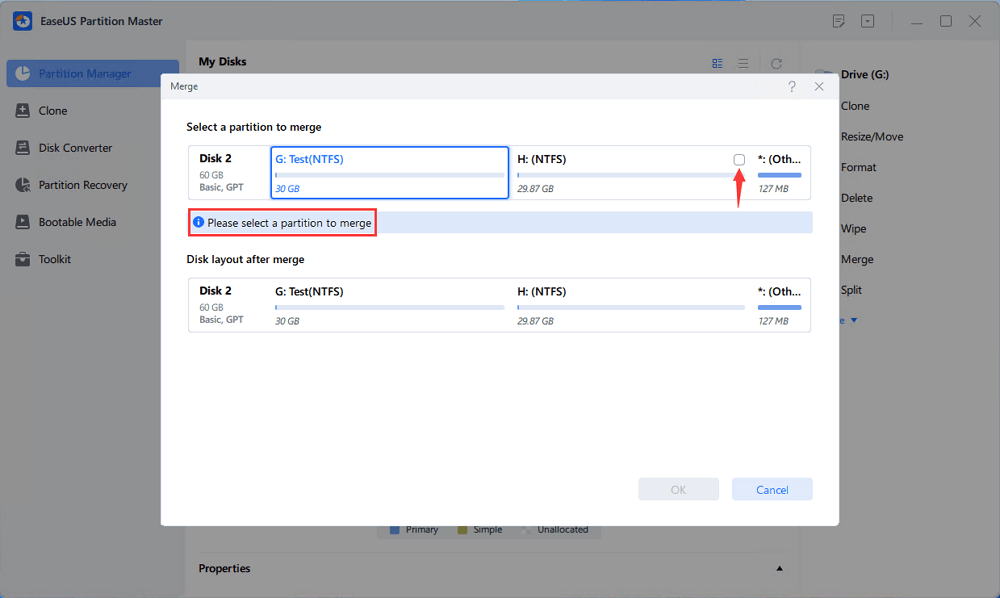 1. Click the "Execute Operation" button at the top and then click "Apply".
2. The program will merge space and add files from the second partition to the first partition. 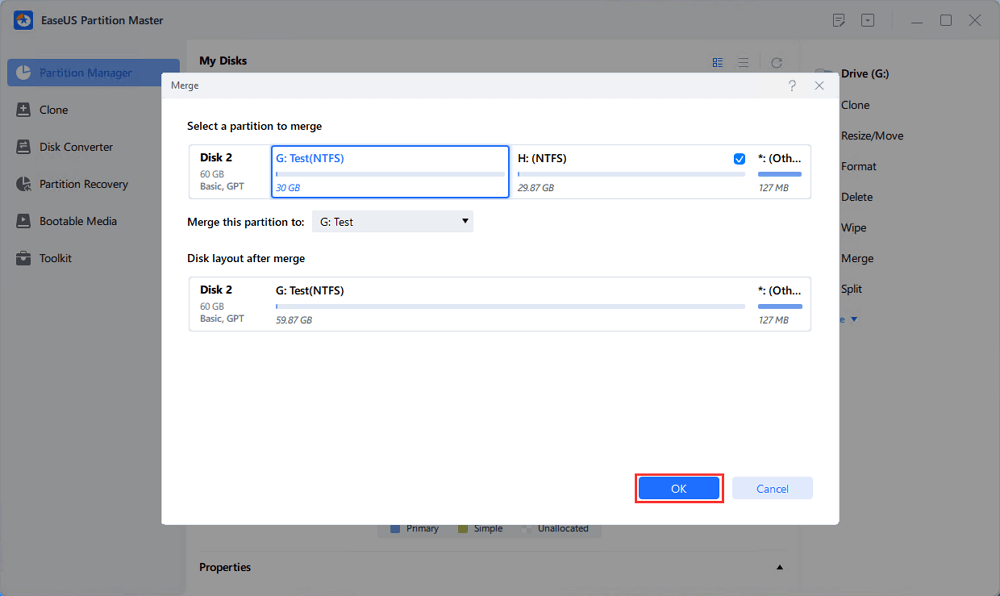 You can merge two adjacent partitions to extend C drive or other drives. You can also merge two disks by converting them into dynamic disks. EaseUS disk management tool plays a vital role in managing your disk space. You can always turn to EaseUS for help when you are faced with disk management issues.

Move Unallocated Space from One Disk To Another FAQs

We provide you with several questions and answers. If you want to get additional help, you can read on.

What is the difference between disk 0 and disk 1?

Is Dynamic Disk better than basic?

A dynamic disk gives more flexibility than a basic disk because it does not use a partition table to keep track of all partitions. Instead, it uses a hidden logical disk manager (LDM) or virtual disk service (VDS) to track information about the disk's dynamic partitions or volumes.

You need two steps, and you can merge the two disks.

Step 2. Resize one of the disk partition to add space to it.

Can you combine two SSDs?

Yes. If none of them is a system disk, you can merge SSDs with the help of EaseUS Partition Master.