Accidental deletion, disk formatting, system crash and virus/cyber attack can result in a catastrophe of data loss. What a pity, none of the phenomenons can be avoided unless you had created a backup in advance. For personal users, losing valuable photos and critical working documents means losing memory and salary. While for startup companies and large enterprises, data and database is everything. Even for once, losing your clients' data or a sudden system downtime can ruin your brand and the long-established reputation in the industry. Consequently, handing over acquired customers and incomes to competitors.

Experienced companies and individuals whose work is involved with a PC or laptop will tell you one golden rule of cyber security- backup goes beyond setup. So what's the way to back up things you want to protect? It's definitely through computer backup software. The purpose of the backup software is to create a copy of files, databases, operating systems and entire computers. In the event of hardware or software failure, data corruption, malware infection that damages your data and system, it can quickly perform a recovery from the previous backups, as nothing has changed after an event. 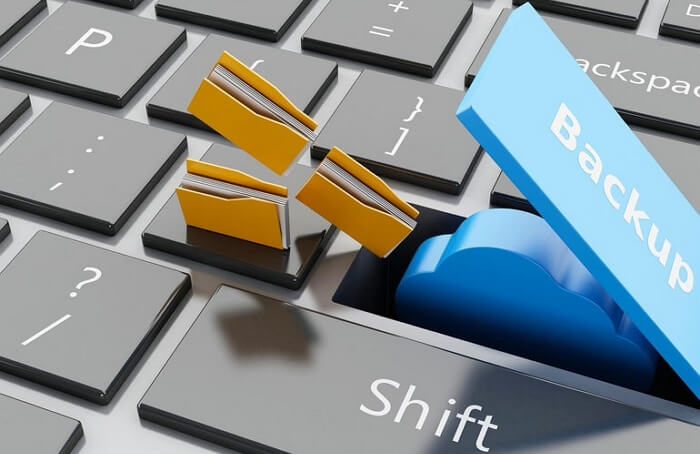 How to Choose Backup Software for Individuals and Business

Looking for the right backup software? There is plenty of backup software available on the market, some are free to download and some require an activation key to grant full access to all advanced features. For example, Windows 10/8.1 has an inbuilt backup program called File History, and the older version of Windows Backup and Restore is in Windows 7.

Native Windows backup programs are free to use, to the same degree, provide very basic backup options. With File History, you can only select files placed in Documents, Music, Pictures, Videos and Desktop folders to backup on an external hard drive. In fact, in Windows 11, the folder backup option has been removed. So, Windows 11 users can no longer back up folders, which is quite upsetting.

File History limitations are there, but it is still a free option for personal and home users who have only a small portion of pictures or documents to take care of. Otherwise, you need professional third-party backup software integrated with full backup strategies, such as supports of all kinds of files, folders backup, operating system backup, whole disk/partition backup and enterprise-level database backup, etc. With years of IT experience in this computer backup field, I recommend EaseUS Todo Backup and Macrium Reflect.

Both are reputable backup software that goes full compatible with all versions of Windows operating systems, including the newest Windows 11, but which one suits you better? The vendor's reliability is important, however, reliability relies heavily upon the product's quality, user ratings, pricing plans, salient features, customer support, and every other aspect you shall care about.

Next, let's compare the two equivalent Windows backup software in the form of Q&As. By answering the questions people are concerned about the most, we can judge more deeply and clearly which software works better for which group of people.

Q1. Where is either company located? How long is the brand history?

In comparison, for the company size, EaseUS owns more staff than Macrium's, and the brand history is 2 years longer than Macrium's as well.

After checking the official websites of each, and consulting online services, we confirmed that both products have free editions for personal and home use. 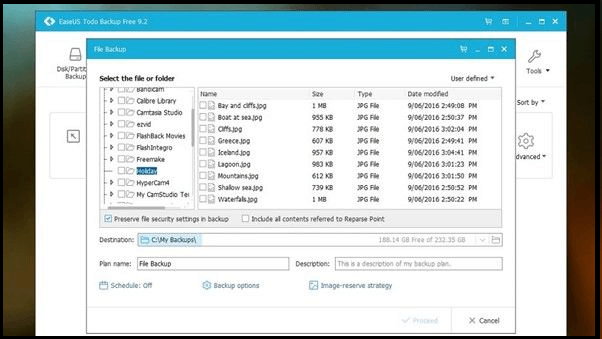 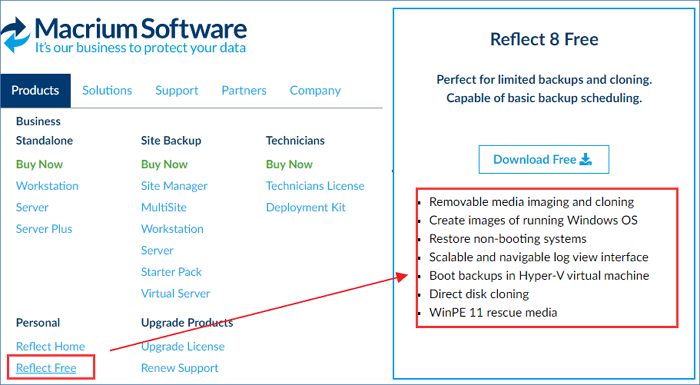 As for the ease of use, it's no doubt that EaseUS Todo Backup is much more user-friendly for all skill levels. The access to every backup mode is logically and visually lined up on the right menu bar, and the execution button for each operation is boldly displayed. By contrast, it takes a certain time to get familiar with Macrium Reflect due to the lack of an intuitive interface, and many backup operations need at least two to three more steps than EaseUS Todo Backup to reach the same spot. Nonetheless, once you get accustomed to it, Macrium Reflect is not that hard to cooperate with. 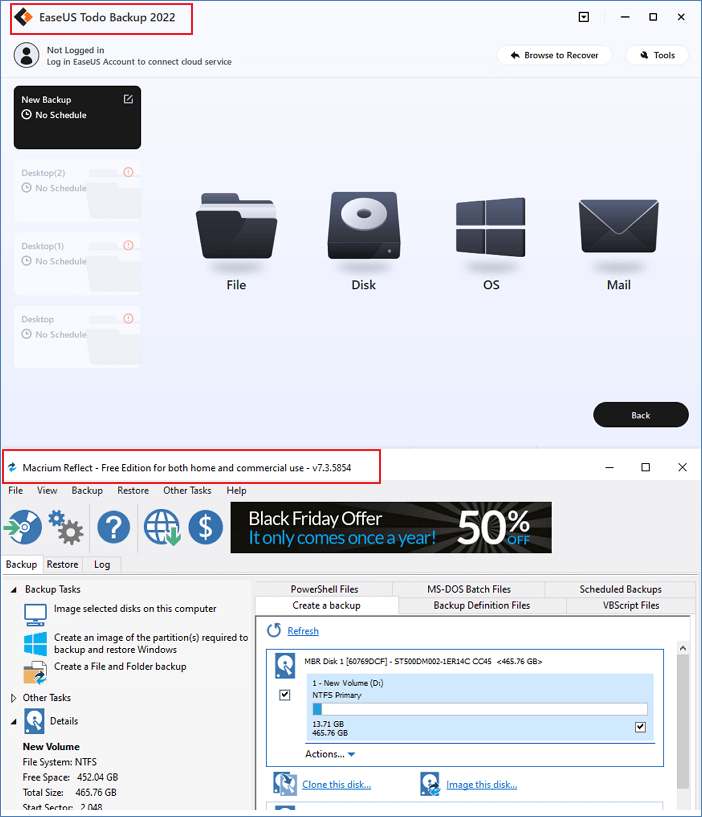 With no hidden cost for maintenance and support, EaseUS Todo Backup subscription fees are cheaper than Macrium Reflect's.

Q5. Do they offer cloud backup?

We didn't find any cloud backup information on Macrium Reflect's website or within the software, which makes it a little outdated in the modern world of cloud computing. EaseUS Todo Backup has noticed the universal use of the cloud and it has been dedicated to making the cloud backup experience better and safer. It owns the exclusive EaseUS-branded cloud service now, and additionally allows users to save backups to other cloud services like Google Drive, Dropbox and OneDrive. 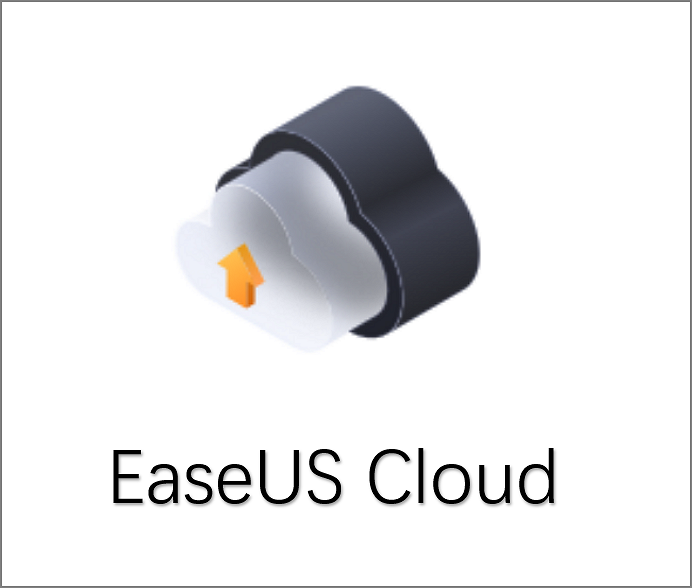 As for higher-level backup features, both software is capable of providing a business trade. For example:

EaseUS Todo Backup Enterprise edition comes with a wide selection of backup features, some of which are including:

Macrium Reflect also has a standalone business backup strategy, and in its premium version of Macrium Server, you can find that the business applied features are named a few as follows:

Q7. Can you do a smart backup in each software?

Smart backup is associated with a one-click backup strategy, which aims to simplify the post backup manners after the first full file backup. Now smart backup is kind of an acknowledged standard to select an intelligent backup software for Windows. In EaseUS Todo Backup, there is a smart backup option, which is to automatically create an intelligent schedule to monitor specified files or folders every half an hour, and generate a new backup image provided any changes are made within the 30 mins. It's a very practical solution to the following demands: 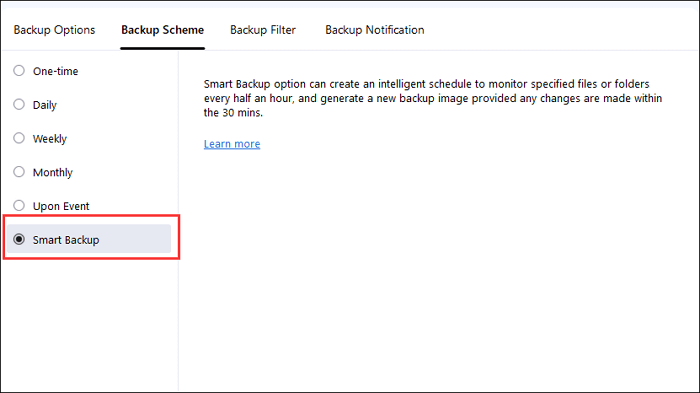 But in Macrium Reflect, you can only manually set up a backup schedule here. You must be patient to try several times upon the schedule settings because it's a little bit awkward to understand how it works for the first time. 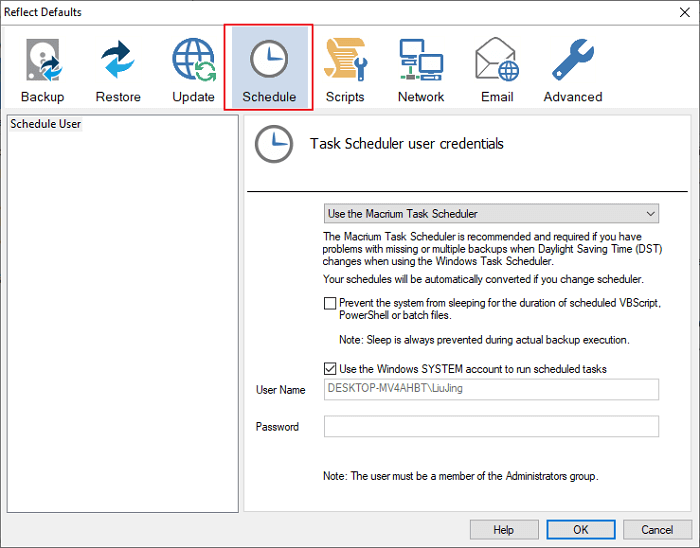 Q8. Can you perform recovery even when your computer cannot boot at the moment?

Computer system crash and BSOD can happen to everyone at least once. How do you perform system recovery when you cannot even access the Windows operating system? Fortunately, excellent backup software like EaseUS Todo Backup and Macrium Reflect lets you create a bootable rescue media for the first time you create a backup. 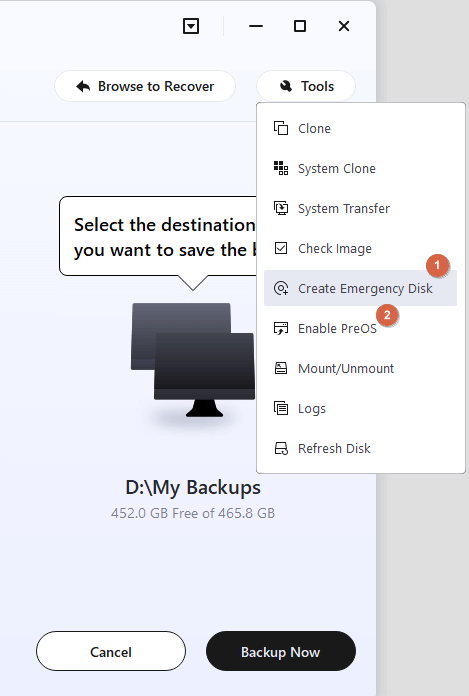 Macrium Reflect gives one option to create an emergency disk under the Other Tasks menu: 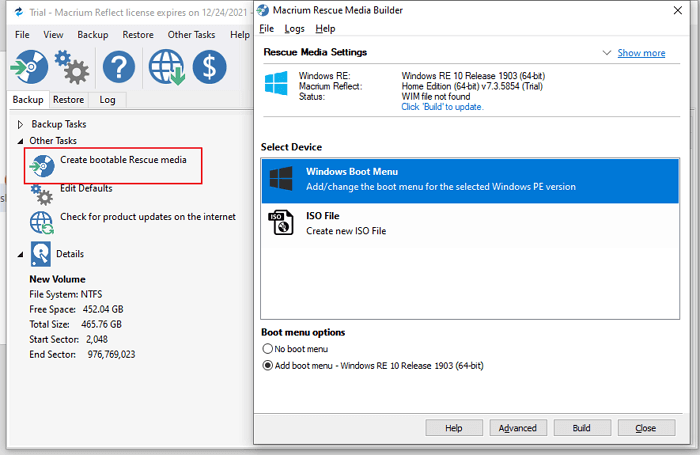 Q9. Can you transfer the system image to another hard drive or another computer for recovery?

Q10. Do they do the incremental and differential backup?

As we know that backup images will eventually take up more and more disk space, so the compromised solution to release the disk space burden is either to save backup files to the cloud or manage your backup files in a smart way. Backup compression is a way to reduce the size of increasing backups, and the other way is to do incremental backup and differential backup.

We find that EaseUS Todo Backup and Macrium Reflect both have the option to create a differential backup and incremental backup. That's pleasant.

The backup method of an incremental and differential backup is found in the Backup Scheme section during the process of creating a file backup, disk backup, or system backup. 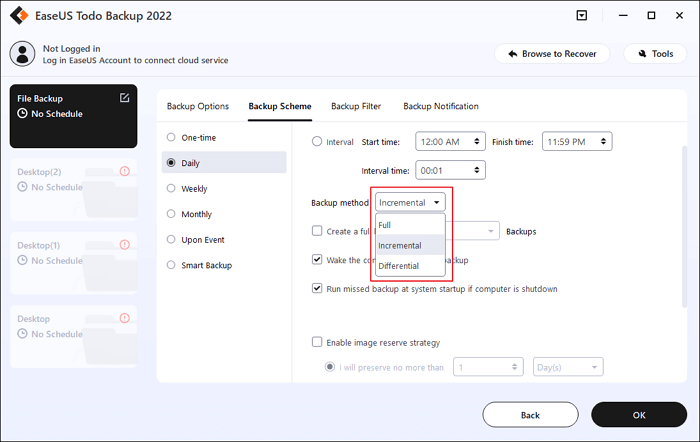 EaseUS Todo Backup vs. Macrium Reflect: Which Suits Me Better?

According to the 10 comparisons, let's collect the information in the following table, and make an ultimate comparison between the two products.

Now you should have a clear mind to choose the right backup solution. It seems that EaseUS Todo Backup outpaces Macrium Reflect with better user experience and workflows, so I personally recommend EaseUS Todo Backup if you are reluctant to spend precious time on learning the product manual in order to make full use of the backup features.