This page covers everything you need to know about RAID 0 and RAID 1. Here, we included some details about both types of disks, and if you need to learn how to set up and manage RAID 0 or RAID disks, continue reading and you'll know how to manage RAID disks on your Servers.

RAID, also known as Redundant Array of Independent Disks, is a group of disks combined by a storage technology. These disks work as one drive in computers to extend storage capacity in Windows Serer computers.

RAID 0, is also called striped disks, configures and joints multiple disks together, and it enables the system to read and write data simultaneously across disks at a fast speed. Stripping is a storage technology that divides and saves data into striped units onto the connected disks.

RAID 1, is known as mirroring disks, is a technology that mirrors two or multiple disks as duplicates. RAID 1 disks enable the computer to read and write content to both mirrored drives simultaneously. And it also provides a better redundancy to make sure the system can read data as fast as possible from both disks. Note that the write operations will be slower than reading as the system has to write data to two disks.

RAID 0 vs RAID 1, What Is the Difference

What's the difference between RAID 0 and RAID 1? According to the definition of RAID 0 and RAID 1, it's clear that the disk connection technology is different. Aside from this, anything else? Check the comparison table and grab the unique features of each type of disk:

You may also wonder to know the wring and reading speed of RAID 0 and RAID 1, right? If yes, continue reading and get to learn more details.

According to the configuration and working mode of RAID 0 and RAID 1, it's clear that the reading and writing speeds between the two types of disks are different.

RAID 0 separately saves data into several disks, and this undoubtedly will improve the reading speed and make it faster than RAID 1. It is because RAID 1 writes data into two disks, and when it comes to reading content, the system will need to compare and read data on two disks, making it much slower than RAID 0.

When it comes to writing content to RAID 0 and RAID 1 disks, the writing speed on RAID 0 is also much faster than RAID 1. However, due to the redundancy and fault-tolerant features, on RAID 1 disks, the system will have to write data twice onto two disks.

Assumption: Suppose that you created RAID 0 and RAID 1 with the same brand of disks, and each disk contains the same storage capacity. In this case, the reading speed of RAID 0 surpasses RAID 1. And the writing speed in RAID 0 is twice faster than RAID 1.

Due to the different features, RAID 0 performs well in reading and writing data to disks. In the meantime, RAID 1 provides users with a high level of data security. And here is a list, and you can check the different usages of RAID 0 and RAID 1:

According to the comparison table, it's clear that RAID 0 and RAID 1 are designed for different purposes. So here is EaseUS Editors' suggestion:

How to Setup RAID 0 or RAID in Windows Server

Here we'll show you the complete guide of setting up RAID 0 or RAID 1 disks in both soft and hard ways. However, before you start, let's learn the difference of creating RAID disks in software and hardware ways

So how to set up a RAID 0 or RAID 1 disk with multiple disks? Follow the full guide below, and you'll make it.

Here is a list of tips that you need to be aware of while preparing hard drives for RAID: 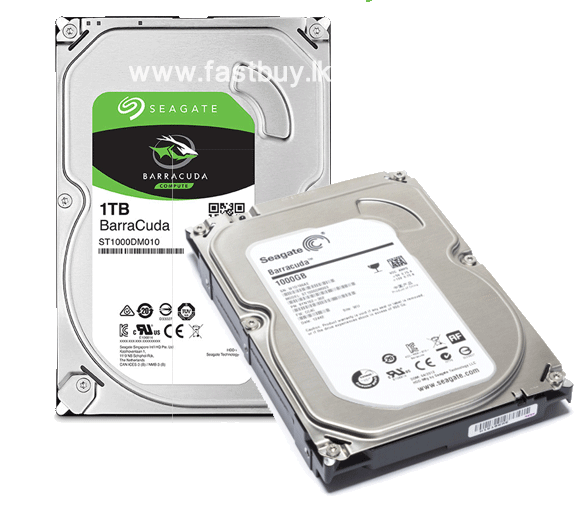 There are two normal ways to configure RAID 0 or RAID 1 environment across disks: the hard way and the soft way. Here are the differences:

Normally, the hard way is more used as most Server computers provide RAID controller cards for generating a RAID environment. Now, let's see how to set up your RAID 0 or RAID 1 disk with the detailed steps below.

Step 1. Shut down the Server computer, open the computer case, take out the motherboard and locate the RAID controller.

Step 3. Insert or connect hard drives to the RAID controller in Server. 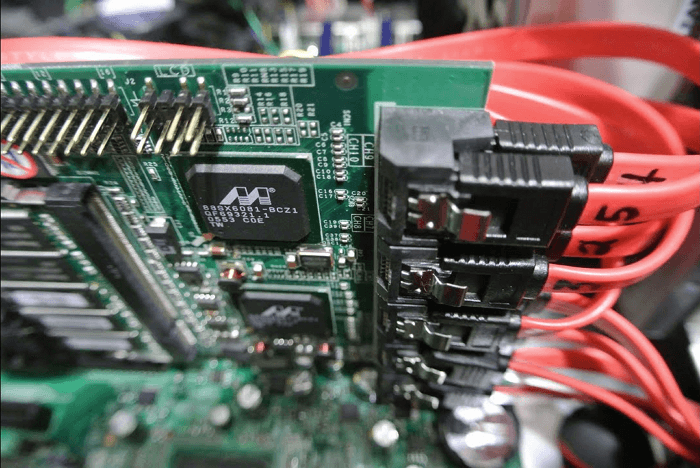 Step 5. Enable RAID in BIOS based on the motherboard model:

You can set RAID 0 or RAID 1 as the disk mode based on your needs. 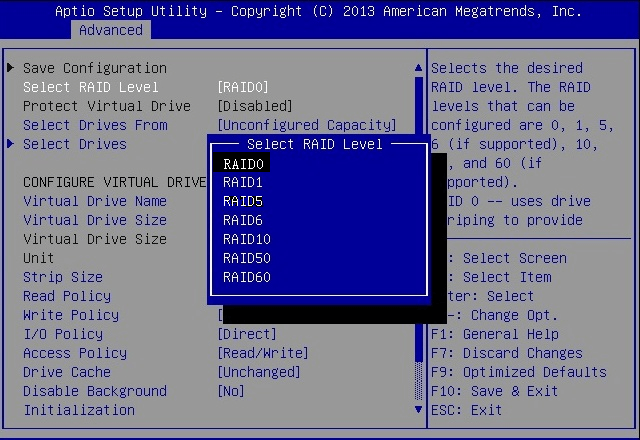 Step 6. Press F10 to save the changes and exit.

After this, you need to wait for the process to complete. Then, you'll get RAID 0 or RAID 1 disk mode created on your computer successfully.

For some small business users, you may want to use the software to create RAID 0 or RAID 1 as it's more efficient and cost-effective. To do so, you'll need to turn to reliable disk management software for help. In this case, we'd like to recommend you try EaseUS Partition Master for help.

It's efficient and reliable in configuring this software's stripped RAID 0 or mirrored RAID 1.

Connect or install all disks into your Server computer via SATA cables.

Next, Combine All Disks as Dynamic

Your steps here are to combine all disk spaces by converting the disk from basic to dynamic. This is what EaseUS Partition Master created for.

Step 1. Launch EaseUS Partition Master. On the main window, right-click on the unallocated space on your hard drive or external storage device and select "Create".

Step 2. Adjust the partition size, file system (Choose the file system based on your need), label, etc. for the new partition and click "OK" to continue.

Step 3. Click on the "Execute 1 Task(s)" button and create a new partition by clicking "Apply".

Watch the following video tutorial and learn how to create a partition in NTFS, FAT, or EXT file system.

After following the full guide, you are now ready to use RAID 0 or RAID 1 on your computer.

Bonus Tip: Manage and Make Use RAID 0 and RAID 1 Disks

Aside from the above guide in creating RAID 0 or RAID 1, here we also connected some tips for you to manage and make full use of RAID disks:

We compared RAID 0 and RAID 1 on this page and presented the differences between the two types of disks. Either two disk modes could be generated on your own with the complete guide on this page.

For an easier way, you can turn to EaseUS Partition Master and follow the software RAID guide to create RAID 0 or RAID 1 on your computer immediately.