Difficulties with accessing a web page despite strong internet might be an indication to clear windows DNS cache Windows server/workstation. Doing so will solve problems of broken/corrupted cache due to technical errors.

It could also be a problem of DNS cache poisoning probably caused by a computer virus or network hack.  Such would redirect the visitor to a malicious link or advert bugged page. When any of such issues are encountered, clearing the Windows DNS cache Windows server is a recommended step to try.

What is DNS Cache?

Understanding the DNS Cache starts with knowing what DNS represents. DNS stands for Domain Name System. It converts the website domain names into IP addresses that can be processed by the computer. These IP addresses are what the computer’s browser identifies whenever you try visiting a web page.

Many public DNS servers maintain the record of previously visited IPs. They make the next search process faster because the computer already has the appropriate IP address records. However, Windows went the extra mile to make a local copy of this DNS server. Think of it as a phone diary for the number of people you know. This local DNS storage is what we refer to as the DNS Cache.

Therefore, the DNS Cache is a temporary catalog/archive managed by the computer's operating system that contains recent records of actual/attempted visits to public domains, together with their IP addresses.

How to Check the DNS Cache: it is possible to check your Windows OS directory for local cache records. The process differs for Windows OS and Mac. Here, our focus is on the Windows operating system. 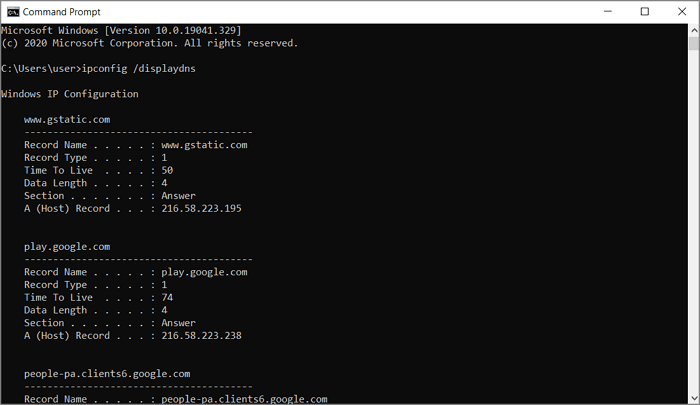 Is It Safe to Delete DNS Cache?

The answer is YES. Even though the DNS Cache is essential in providing quick access to recently visited websites, deleting it does no specific harm. The only challenge is that your computer is forced to request the DNS server for addresses it had previously stored in the cache.

However, the benefits outweigh that one disadvantage. You only have to understand when to clear Windows DNS cache Windows server/workstation. A common application is when a website admin is trying to help out with a DNS server complaint.

Other reasons to consider deleting the DNS cache includes:

How to Clear Cache in Windows 10

How to Clear Windows DNS Cache on Windows Server/Workstation

Now that you understand when to clear a DNS cache, the next question arises. How to do it? Check out two different methods to clear Windows DNS cache Windows server/workstation. 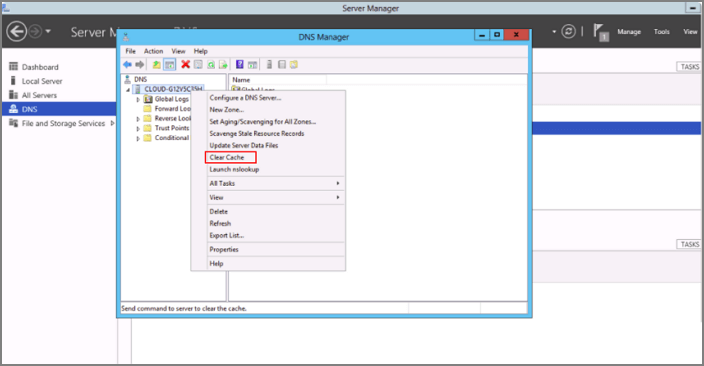 This method is a second option to try if you do not have the Windows server application already installed. The steps to clear Windows DNS cache Windows server/workstation using PowerShell are fast and straightforward. 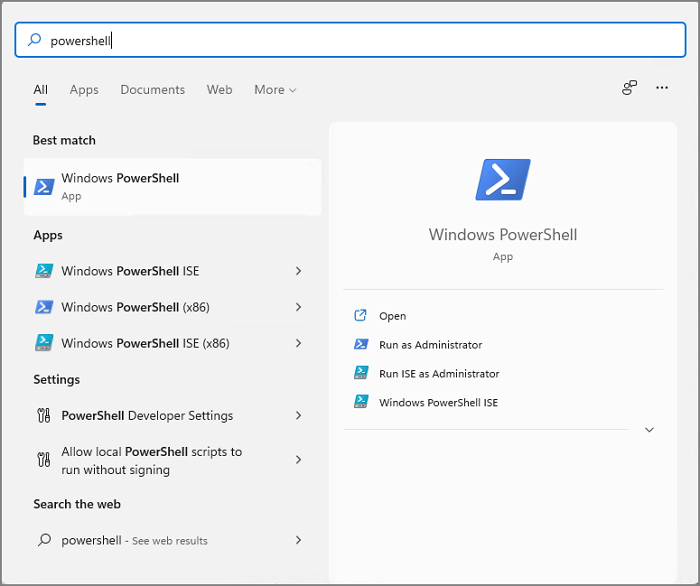 To clear the client cache:

To clear the cache on a particular DNS server:

Use Clear-DnsServerCache-PCName "DC1" – Force. Remember to change "PCName" to the name of that server you wish to clear.

While a DNS cache improves the browsing time to access websites, a Windows Server Disk Manager is another way to achieve that. An example is our EaseUS Partition Master Enterprise Edition software. It resolves low space issues on the server's hard disk and subsequently speeds up the Windows server.

You can also troubleshoot the start-up failure of the server by using this EaseUS Partition master tool. The process involves creating a WinPE bootable disk that provides access to the hard drives.

Other main features of the EaseUS Partition Master Enterprise Edition are:

The process can be done via the DNS console or using Windows PowerShell. Another alternative to boost the Windows server speed is getting a server disk manager like the EaseUS Partition Master Enterprise Edition. Beyond supporting the server speed, it also extends system partition and can help migrate the OS to HDD/SSD. Check out the installation page to get started.