Operations You Should Know when Switching from Windows to Mac

2. Select and scan the drive/volume where you lost files

3. Preview the files and click the Recover button...Click full guide

For most people, the first computer they come into contact with is basically the one with Windows system, and even in their later work and life, they have been using Windows-based computers. So when people who are used to Windows systems buy a Mac computer, they may find everything about macOS very unfamiliar. Those once-familiar operations do not work at all on the Mac. This is also the reason why many people refuse to use Mac computers.

Overview of Windows and Mac

Before comparing Windows and Mac, we should clarify the concept that Windows and macOS are actually both operating systems. Mac is just the brand name for Apple's laptops, which use macOS, an operating system designed and developed by Apple. The Windows system is designed and developed by Microsoft, and most brands of computers on the market, such as Dell, HP, Lenovo, etc., use this system. Once you figure this out, you'll see why switching from a Dell to an HP shouldn't be difficult, but switching from a Dell to a Mac feels unfamiliar because you're actually going from one operating system switched to another.

So here, we will not introduce the system features of macOS in detail, because it's too complicated and it's pointless for ordinary users to learn about it. What we think is important are the operations that are involved the most in everyday use.

#1. Why Does My Mouse Go the Opposite Direction on Mac?

I believe the direction of the mouse must be the first problem most people encounter when switching from Windows to Mac. When you scroll the wheel down, the page goes up; when you scroll the wheel up, the page goes down instead. This is really very annoying for users who are used to the Windows system. In fact, you can manually change the scroll direction of the mouse. Here are the detailed steps of how to change it.

Step 1. Click the Apple icon from the menu bar, and select "System Preferences".

Step 3. Tick the option of Scrolling direction: natural to make the mouse scroll in the same direction that your finger moves. 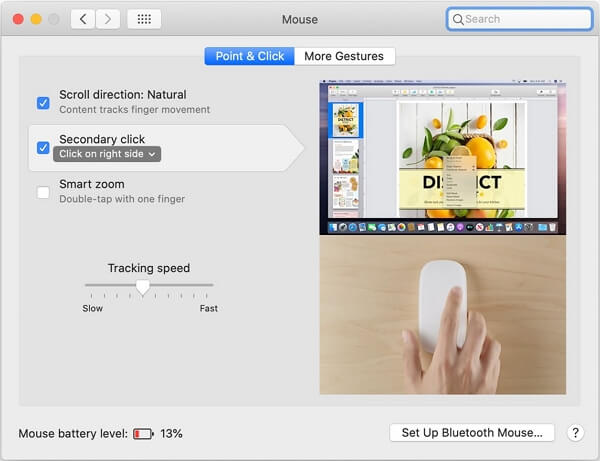 Confirm the changes, now you can use your mouse the same way as on a Windows computer.

For users who have a magic mouse:

Step 1. Click the Apple icon from the menu bar, and select "System Preferences".

For users who use the Trackpad:

Step 3. In the Trackpad Preferences, tick the option "Click with two fingers".

Now you can tap with two fingers as a right-click. 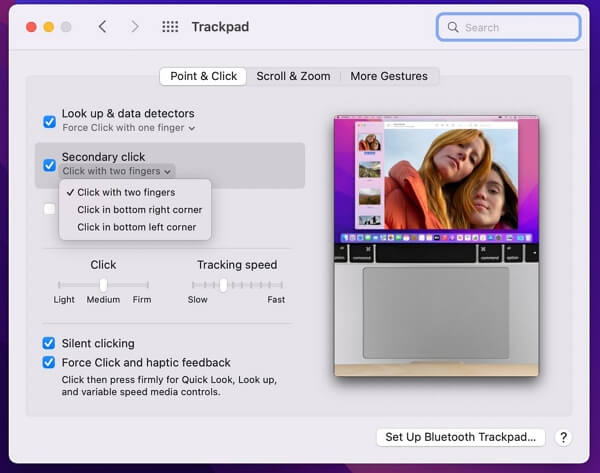 1. Take a screenshot on Mac:

2. Copy and Paste on Mac

When cutting, copying, and pasting the content on Mac computers, shortcuts are very similar to Windows computers. You just need to change the CTRL key to the Command key.

3.Undo an Operation on Mac

This is another similar shortcut to Windows computers. Press Command + Z, you can undo the previous operation. The more different is you can press Shift + Command + Z to reverse the undo command.

4. Other Common Shortcuts on Mac

In general, switching from Windows to Mac means you're learning to use a new system, so it's normal to find it difficult and unfamiliar at first. We're writing this article is meant to make it easier for you to switch from one system to another. Also, on Apple Support, there are plenty of official guidelines for you to solve the problem. Use your search engine when needed.

One of the good habits to maintain the fast performance of macOS and applications on Mac is to regularly clear the cache on Mac. What if you accidentally deleted caches that contain very important system files, libraries or logs? Do not worry. You can recover deleted cache files on Mac by following the guide here.