Indeed there is a wide range of terms when it comes to solid state drive or SSD. The two most popular are M.2 and SATA. If you are looking to buy an SSD, then there are high chances that you have come across these terms. However, just like any other technology, SSD has unique terminology.

It can really become perplexing for an ordinary consumer to understand them, specifically those who are unfamiliar with the computer's internal components. One of the most common confusion lies when it comes to the differences between m.2 vs SATA, but you do not have to fret anymore. 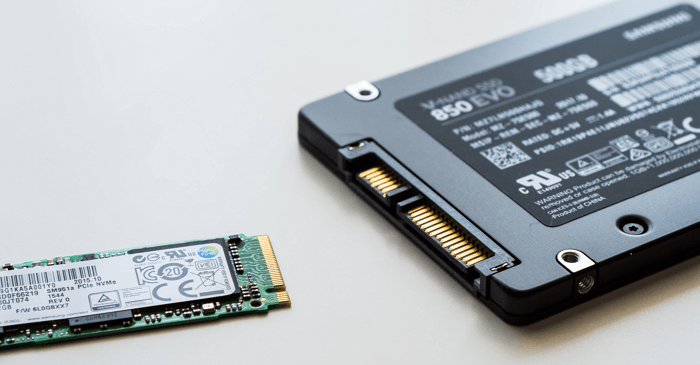 Here, you will get to know about the comparison between m.2 SSD vs SATA SSD so that you can figure out which one is best suitable for your PC. Read on to know more.

What Is M.2 and SATA SSD
Is M.2 Better than SATA? M.2 VS SATA What Is The Difference
Can I Use M.2 Together with SATA SSD? Here Is the How-To

What Is M.2 and SATA SSD

As compared to a hard disk drive (HHD), a solid state drive (SSD) has a couple of advantages like a smaller size, faster read-write speed, no noise, and many others. Basically, SSD performs better than HHD. Thus, more computer users are choosing to purchase them. One of the most efficient ways to speed up an old computer is by replacing an old hard drive with a new solid state drive.

But, the issue arises when it comes to selecting a particular model or type because the interface type of SSD also impacts its performance. To make things simple for you, here are the definition of m.2 SSD and SATA SSD.

An M.2 SSD is a solid state drive (SSD). It is used in internally attached storage expansion cards. It is designed to allow high-performance storage in power-constrained and thin devices; it includes tablet computers and Ultrabook. But, many desktops are also using this technology. They are smaller than other SSDs like mSATA.

M.2 SSD is the updated generation of mSATA technology which is revised and enhanced in nature. M.2 drives are available as SSDs only because their format is extremely small for a mechanical arrangement. M.2 is an interface specification; it supports different applications and protocols like PCI Express (PCIe) and SATA.

What is SATA SSD? 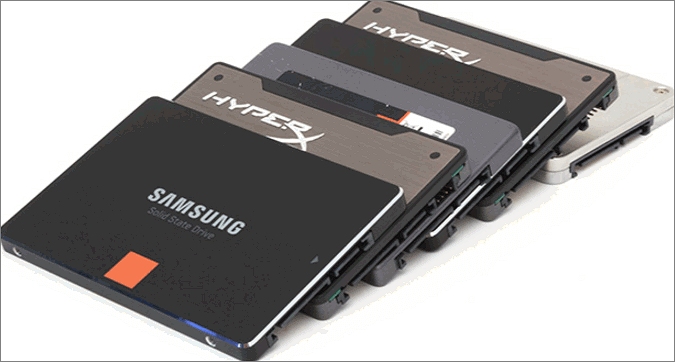 SATA SSD is a solid state drive with a Serial Advanced Technology Attachment (SATA) interface. The SATA interface uses AHCI, i.e., Advanced Host Controller Interface protocol. SATA SSD is the most versatile and popular solution; it can be installed on desktop computers and most laptops.

SATA SSDs come in 2.5-inch enclosures. SATA SSDs are look similar to laptop hard drives, which means they are flat and rectangular in shape. A computer that uses a SATA SSD has 3 to 4 times the bandwidth than a computer that is using a hard drive.

Is M.2 Better than SATA? M.2 VS SATA What Is The Difference

While selecting an SSD, it may become challenging for you to pick up the best one as per your needs. That’s why below is a comparison between m.2 SSD vs SATA SSD; all the important factors have been covered so that you can make a rational decision before buying.

When it comes to SATA SSD, it has a SATA, i.e., Serial Advanced Technology Attachment interface. As of now, the SATA SSD interface has three different versions. The popular version of SATA SSD is SATA Revision 3.0; it was published by SATA-IQ (Serial ATA International Organization) in 2009. SATA interface majorly uses Advanced Host Controller Interface (AHCI) protocol.

Now that all the important comparison factors are covered, you must be wondering which one you should buy. Well, it all depends upon your requirements, compatibility, and budget. Consider the below-mentioned points to make an informed decision:

Can I Use M.2 Together with SATA SSD? Here Is the How-To

Now that the difference between m.2 vs SATA is cleared. Let’s move on to an important and popular concern, i.e., “Can I Use M.2 Together with SATA SSD?” The answer to this question is a big Yes! You can use M.2 SATA SSD and SATA SSD both at the same time; however, your desktop computer should have the slot for M.2 SSD. Here’s how you can do it:

Here is the step-by-step guide for installing M.2 and SATA SSD:

Step 1: Remove the mounted screw located across from the SATA SSD or M.2 slot. 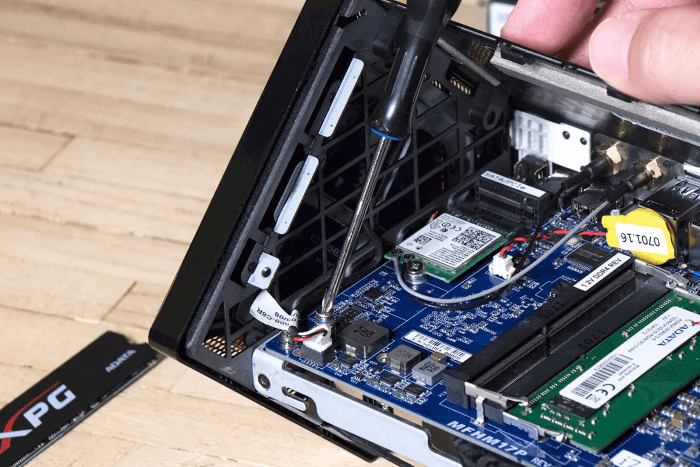 Step 2: Now, diligently insert the M.2 SSD or SATA SSD. Gently push the SSD into the slot and pay attention to the notch.

Step 3: Secure the SSD with the help of a mounting screw 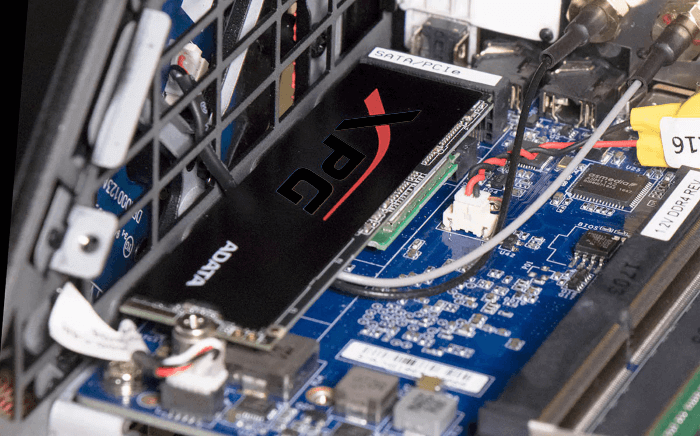 Setting up M.2 and SATA SSD can become quite challenging for you, especially when you have little or no knowledge about the computer’s components. But you can easily initialize SSDs with EaseUS Partition Master. It is the best disk management tool that you can use. In a few clicks, it allows you to initialize an HDD or SSD. Following are some features of EaseUS Partition Master:

Here are the steps that you are required to follow for initializing SSDs:

Step 2. Right-click the target disk - HDD or SSD and select "Initialize to MBR" or "Initialize to GPT". Click "Execute Task" and "Apply" to save the changes.

2. Partition them with the New Disk Guide in EaseUS Partition Master

After the initialization, you can use EaseUS Partition Master in order to create partitions and set the file systems. Here’s what you need to do: 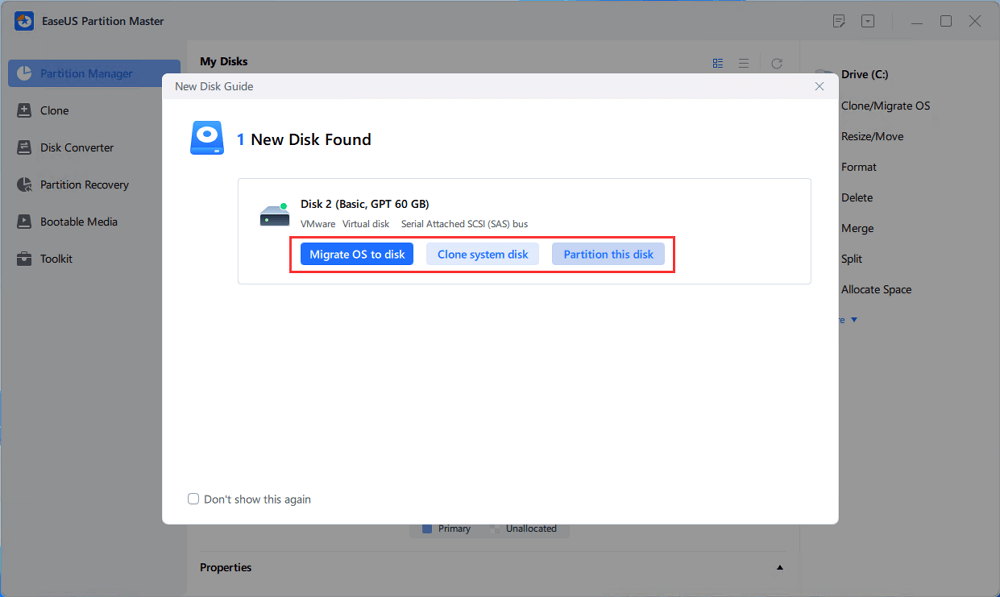 Step 2. Set the number of partitions you need to create, and set the partition style to your disk - MBR or GPT.

Or, you can accept the default setting offered by EaseUS Partiton Maste. Once done, click "Proceed". 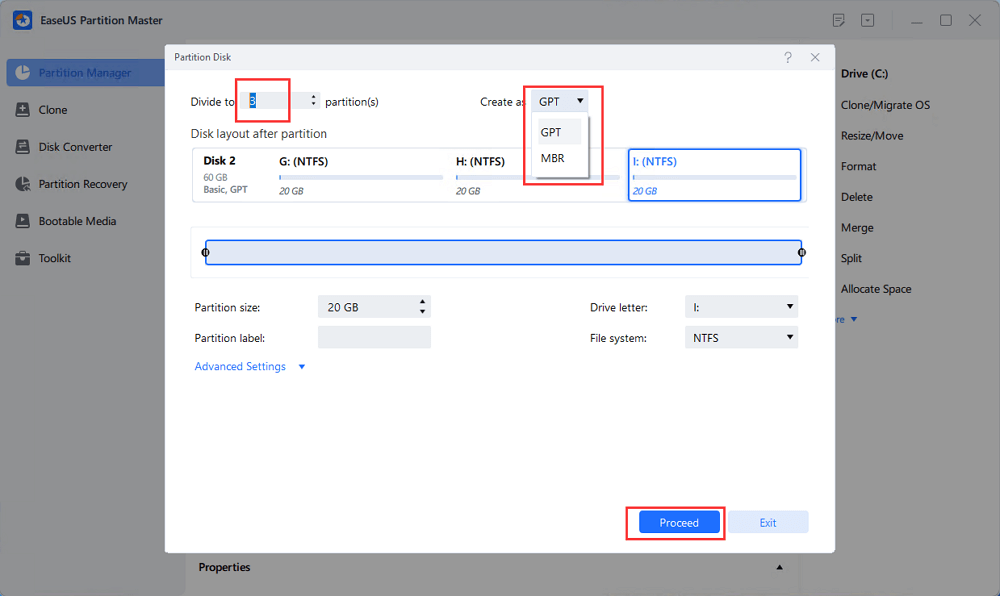 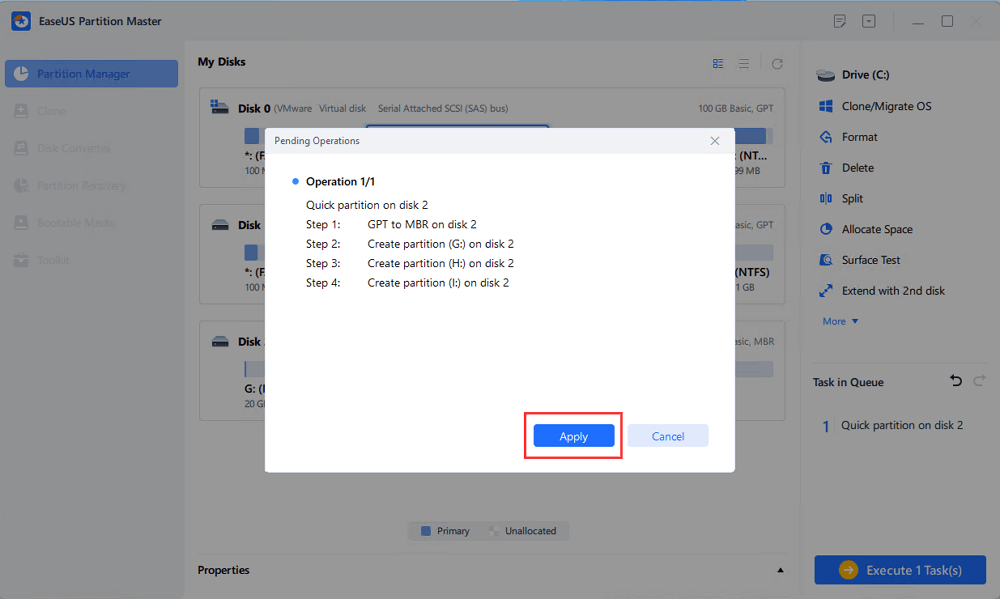 With this, we've come to the conclusion of the article. The major difference between M.2 SSD and SATA SSD is that M.2 SSD supports multiple storage and non-storage.

Thus, it is more of a form factor. On the other side, SATA is a bus interface, particularly for data storage devices.

When it comes to the selection of the best SSD for different purposes, you can use M.2 PCIe SSD for gaming PC. For Windows 10, SATA SSD is best.

However, on the basis of your requirements, you can select the best drive for your device.