MP4 files are one of the most popular file types when it comes to playing videos, whether it's songs on your smartphone, clips on your computer, or videos uploaded on Youtube.

So it is common for people to have MP4 video files that don't play. Your MP4 video may become broken due to malware, data corruption while transferring or loss of battery during recording, for example.

If your MP4 stopped playing, don't worry, you aren't alone. No matter the cause of damage to your MP4 video files, this guide will teach you how to recover them step-by-step, for free, and online.

Symptoms and errors when the MP4 file doesn't play

One cause of problems with mp4 files that don't play is media players without proper codecs to run the format. In the case your video file is not corrupted, you can try other players such as VLC Media Player.

Media players like the VLC Media Player serve as the most popular options for Mac OS X, Windows, and Linux.

VLC Media Player is a great choice because it can play almost any file format, no matter the codec required.

Aside from supporting DVDs, Audio CDs, VCDs, DVDs, etc., VLC Media Player is capable of streaming various protocols for audio and video. Video files can also be played via the network using this program.

Running your MP4 video file on VLC Media Player is simple, just follow the steps below. 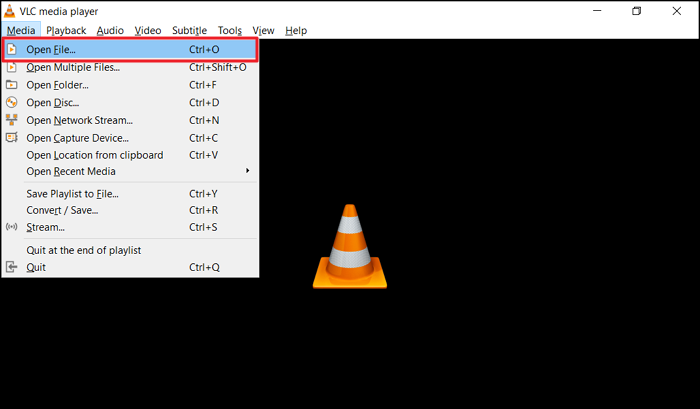 Step 2. In the new window, select the folder of your MP4 and open it. As long as it is not corrupted, the video will start playing.

Sometimes, converting your MP4 to another format may recover it. For doing the process you can use free players such as Windows Media Player.

Developed by Microsoft, Windows Media Player (WMP) is a multimedia player and media library application used to play and view audio, video, and images on personal computers running the Microsoft Windows operating system, as well as on Pocket PCs and Windows Mobile devices.

In addition to being a media player, Windows Media Player can rip and burn discs, sync content on MP3 players and other mobile devices, and give users access to online music stores, for purchase or rent music.

Follow the steps below for converting your MP4 file that is not playing into another type of format.

Step 1. Launch Windows Media Player. In the case, you cannot see the Toolbar, press Ctrl + 2 for activating the classic Skin mode. Then File and Save As In Click File, then Open. It will show an Open Dialog. 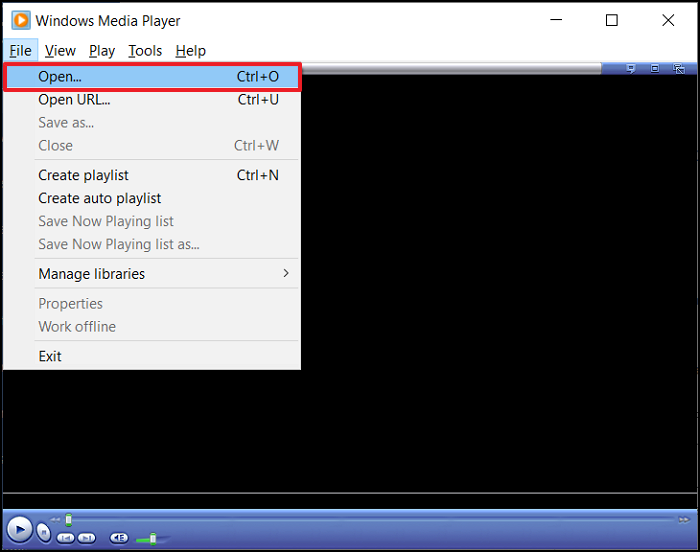 Step 2. Select the MP4 file you wish to convert into another format from the location folder on your computer. Click open. 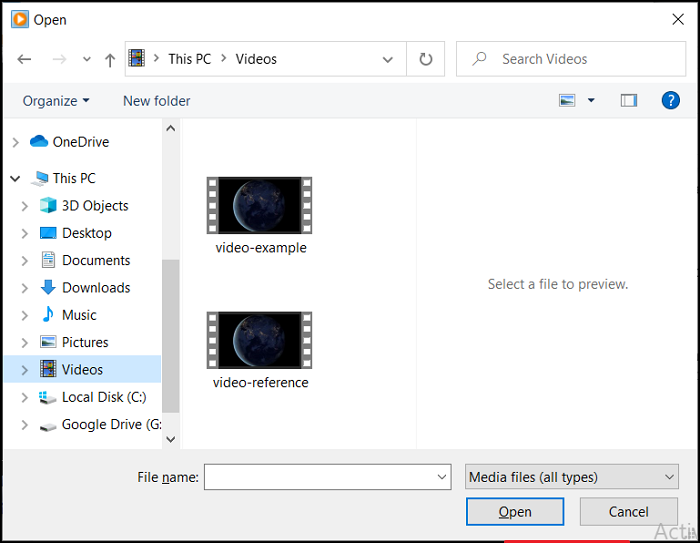 Choose where you want to save the new video file on your computer, then click Save.

Within seconds of doing so, Windows Media Player will begin converting the MP4 file to another video format, and the converted file will be saved to the preferred location on your computer. In the majority of cases, this process doesn't take a long time. 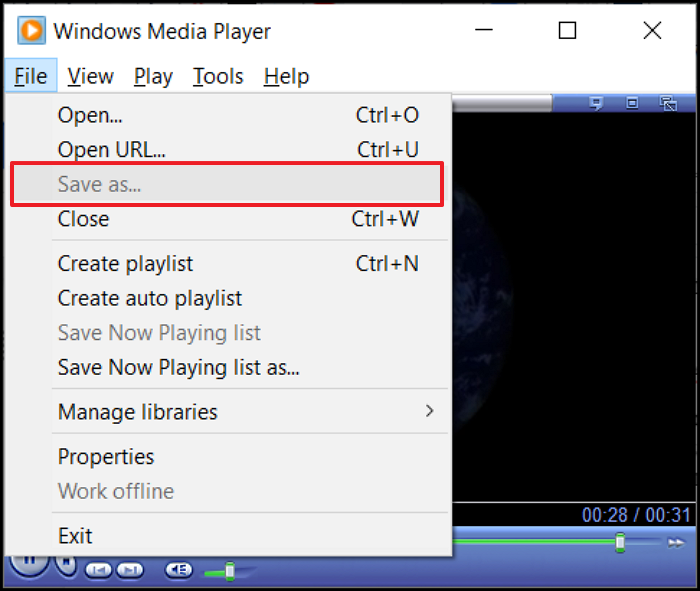 You can repair all types of videos for free with EaseUS RepairVideo, a professional software solution. Repairing your videos online is possible, without downloading anything.

EaseUS makes it very easy to repair damaged videos. All you need to do is click on the repair button once you have selected the damaged video. All the rest will be handled by the software, and the broken video file will be fixed as well.

Follow the steps to repair an MP4 file not playing with EaseUS online video repair software: 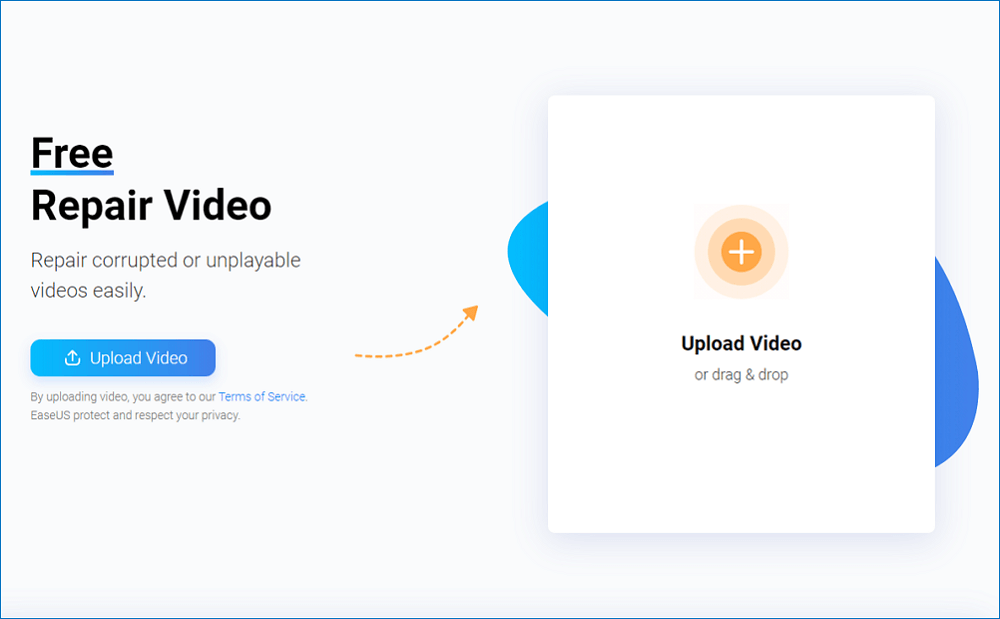 Input the right email adress to make sure that you can receive the extraction code. Then, click "Start Repairing". 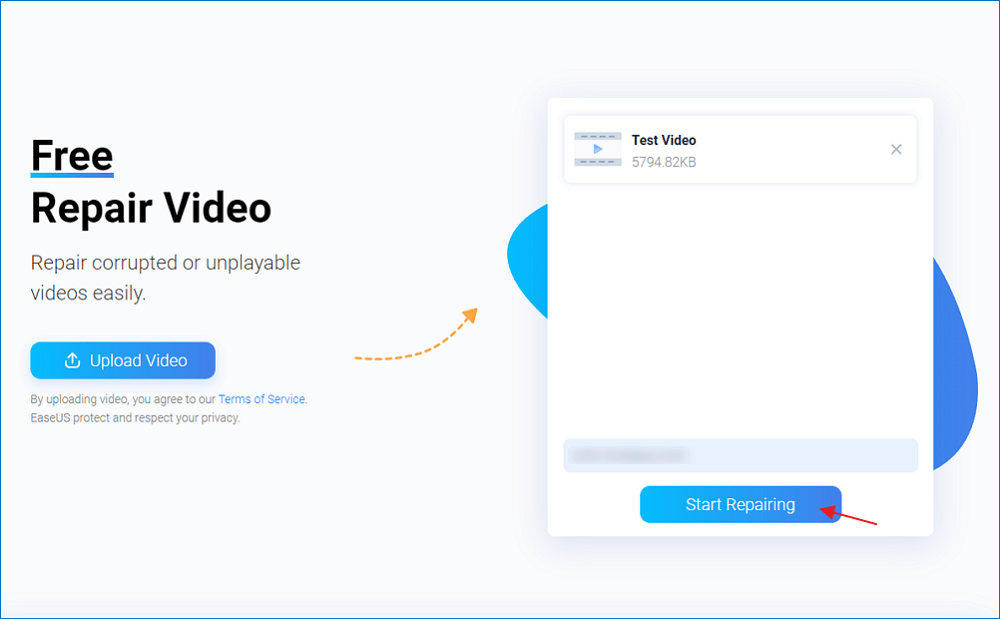 EaseUS RepaiVideo starts the repairing process automatically. If your MP4 file is very large, it would take some time. You can close the site, and EaseUS will inform you through the email. 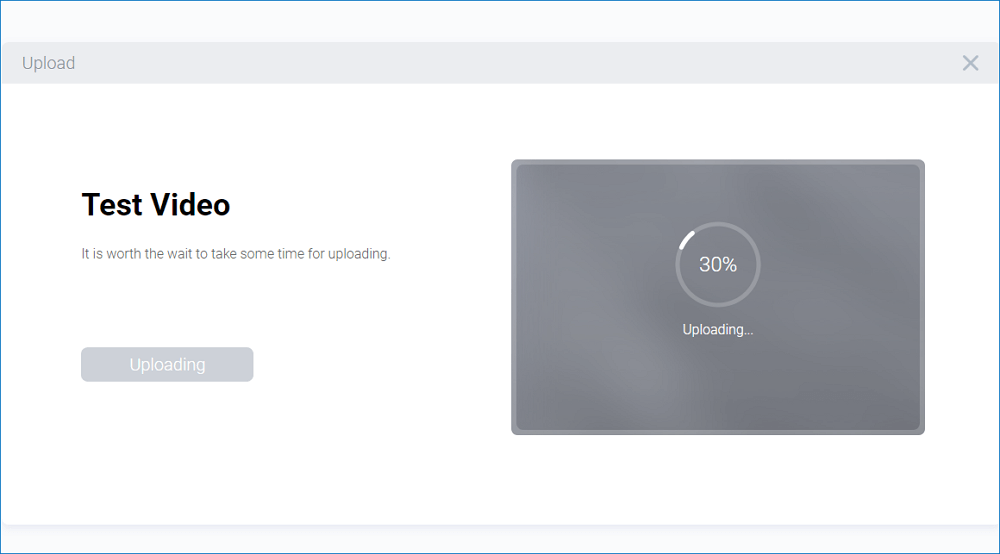 When the repairing process completes, click the "Download Video" button and enter the extraction code from your email. Then, you can get the repaired MP4 video.

This guide has shown you how to recover MP4 files that aren't playing anymore. For example, sometimes your computer doesn't have the codec for running MP4 formats, so you can try another media player such as VLC Media Player.

Or your MP4 got corrupted. In this case, you can convert the file to another format using Windows Media Player. The process of conversion of recover the MP4 video file. But it not always works.

For this reason, you'd like a professional video recovering tool, such as EaseUS RepairVideo. The program is developed to repair videos in various cases of damage. It is free to use and works online, allowing you to receive the results fast, directly on your email.