How Long Will An SSD Hold Data Without Power (SSD Lifespan)

There are many myths surrounding the lifespan and data holding of SSDs, and one of them is how long will an SSD hold data without power. Find answers to all such questions and more here! Besides, if you have data loss on your SSD drives, run EaseUS SSD data recovery software.

A few years ago, many information technology executives and administrators were worried about the possibility of losing vital data as a result of an unexpected system failure. That's why manufacturers took a long time to persuade the public that solid-state drives (SSDs) are secure for use, even for handling sensitive information. In comparison to the typical hard disk drive, which keeps its contents on a magnetic plate, a NAND Flash chip-based SSD is an entirely new kind of storage medium.

It comprises an embedded controller and several storage chips for data storage. A hybrid drive, sometimes known as a solid-state hybrid drive (SSHD), is a storage device that combines two types of storage systems: a traditional magnetic hard disk drive and storage chips. People often ask us, "How Long Will an SSD Hold Data Without Power?" The reason behind the rise of such questions is that SSDs are still relatively "new" to the majority today. Hence, the ambiguousness. Find more details about SSDs here!

Everything About SSDs (Benefits and Disadvantages)

Before you get the answers, you can learn about the SSDs. Its advantages and disadvantages. How does an SSD store data? Why do people choose SSDs as their storage devices?

Read through these benefits and drawbacks to better understand what SSDs are and how they can perform over a few years.

HDDs use roughly 50 percent more power than SSDs, influencing battery life and energy costs. In addition, SSDs provide more excellent devices, which might be critical in circumstances where heat is a factor.

SSDs Have a Faster Boot Up Speed

Because of the internal moving components, hard drives need time to warm up before functioning correctly. The average time it takes for an SSD-based system to start up is 10-13 seconds. HDD storage systems have a similar startup time of 30-40 seconds, which is three times slower. 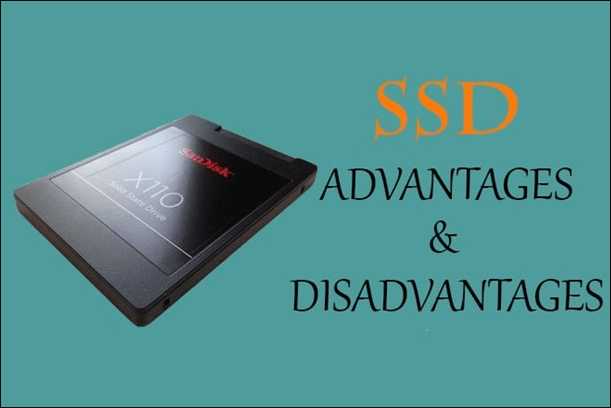 Although SSDs have many benefits, they also have some drawbacks. Read on to get more information.

One of the most significant drawbacks of a solid-state drive (SSD) is that previous data cannot be recovered. The drives have been wiped clean of any data that may have been left behind. But even while it's a good thing for data security, permanent deletion might have disastrous implications in particular situations when there is no backup for erased data. 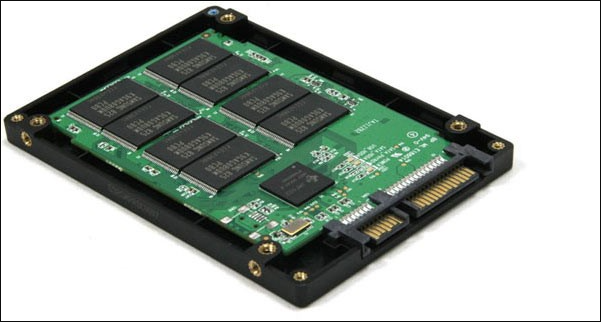 Because SSDs are still relatively new, there isn't as much information on how long they will endure. Although certain SSDs are expected to live ten years or more under regular use, this is not universally agreed upon. That is an increase above the previous projection of five to six years. 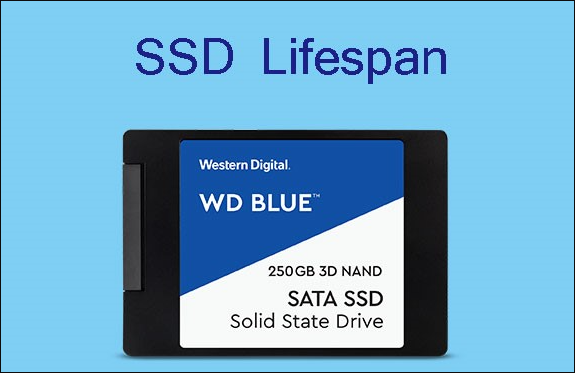 Make sure that your system can gather and delete data from SSDs, as well. Only vacant sectors may store data on a solid-state disk (SSD). The disk cannot write to a sector that is half occupied or contains the fragments of a file that has previously been erased.

In terms of disk performance, TRIM is more important than longevity for SSDs. TRIM is a tool for erasing data from cells that are no longer being used. It also tries to free up resources by consolidating data from underutilized areas in certain circumstances. Interestingly, solid-state drives (SSDs) performance drops substantially once a drive fills up. Because of this, some businesses have implemented an SSD storage restriction between 75% and 80% of the available storage capacity.

Therefore, the cost per GB of storage increases due to these added policies. Last but not least, you may extend the SSD lifetime by regularly updating your solid-state drives' firmware, which is meant to improve performance and durability.

SSD Data Recovery – How to Restore Data from SSDs

Even if you make every effort to prevent data loss issues, you might still have data loss issues from time to time. Third-party SSD disk recovery software is ready to aid you, which is a relief. You are strongly advised to use EaseUS Data Recovery Wizard to do this procedure. With its advanced data recovery capabilities, this SSD recovery application can recover lost information from SSD devices in various difficult data loss conditions, including logical data loss.

Among other things, it allows you to recover data from an SSD drive, unformat SSD devices, and recover files from an SSD disk in RAW format. Furthermore, its simple-to-use capabilities can assist all computer users in completing SSD data recovery to recover their information in a few simple steps. There are no prerequisites in terms of professional expertise or technological abilities.

Recover Formatted SSD Drive: The EaseUS Data Recovery Wizard can retrieve data from a Solid State Drive that has been formatted or reformatted.

Recover Deleted Data from SSD: Accidental deletion of essential data from solid-state drives (SSDs) is standard. With the help of this SSD recovery application, you may effortlessly recover data files that have been accidentally deleted.

Recover Files from Corrupted SSD: Even if the SSD is corrupted, the program can read the data on the drive. It searches for and restores all corrupted files and folders in a healthy condition in a matter of seconds with a few easy clicks.

Support GPT and MBR Partition Recovery: You may use this program to recover deleted multimedia files from your SSD's GPT and MBR partitions, among other things. It also has the capability of scanning unallocated volumes.

Important Note: This approach is only practical for retrieving lost data from an SSD that you previously destroyed, and it requires that SSD TRIM be turned off. If you have activated the "Trim" option on your SSD but are still experiencing data loss, we are afraid that your chances of success are small. If you believe it is required, you might try disabling Trim for SSD data recovery to see if it helps.

Well, there you have it – we are hopeful that our thorough guide on "How Long Will an SSD Hold Data Without Power" has provided you with enough knowledge on SSDs and their potential lifespan.

You also have the benefits and some drawbacks listed above to evaluate whether you need one for yourself or not correctly. And, in the case that you already have one and have lost your data, we highly recommend employing EaseUS EaseUS Data Recovery Wizard to recover your lost data!

If you have more questions, you can read these FAQs to get help.

1. How Do I Increase the Lifespan of My SSD?

Extending the lifetime of an SSD may also be accomplished by disabling or relocating the system's page-file to another device. Some businesses, however, employ inexpensive, commodity SSDs as a dedicated page-file repository. Instead of moving the system page-file to a spinning disk since doing so might reduce system performance.

TRIM and trash collection for SSDs should also be activated on your system. In terms of disk performance, TRIM is more important than longevity for SSDs.

2. Does an SSD Require Power?

One of the central questions asked around is, does your SSD require power? The answer, in simple words, is no. Whether you have an SSD or HDD, you don't need a power cable.

Only motherboards often come with cables, including SATA. As for the SSDs, quite like HDDs, they are inserted into your laptops or computer devices to ensure they work fine. As long as your computer operates on power, the SSD will work fine.

3. Is SSD Good for Long-Term Storage?

No, not before. At the same time, this is the case in the present day. All storage, including SSDs, HDDs, cassettes, CDs/DVDs, and so on, ultimately fails. To guarantee the safety of your valuable data or the preservation of the operating system stored on such devices, you should create numerous backups and store them in separate places.

4. Which Is Better for Storage SSD or HDD?

Because data access is quicker and the device is idle more often, SSDs typically use less power and have longer battery life. HDDs demand more power to boot up because of their rotating drives.

Even while SSDs are costlier per gigabyte and terabyte of storage than HDDs are, the difference is shrinking as SSD costs fall more rapidly than HDD prices do year after year. Due to PCIe's more significant number of channels, PCIe SSDs are often quicker than HDDs with SATA connections.