Solved: PS3 System Storage Not Enough, Not Found or Corrupted

Q: Why is my PS3 saying there is not enough free space on the system storage, but there is plenty of space?

"Each time I downloaded a new game on my PS3, it keeps telling me that there is not enough free space on the system storage to install the downloaded game files. It drives me crazy now because there is extra space for the files. I've deleted a few GBs since I saw the message at first, but it still says that I need to remove more. What happened to the PS3 system storage?"

Many PS3 users have ever received the message telling the system storage is not enough to install games. However, there is space left to be used. Sounds unreasonable? Firstly, let's figure out why; then follow our guide to solve the PS3 system storage problem with a few tricks.

Related post: hard drive says full but it is not

Why PS3 System Storage Not Enough Space But There is

Due to the PS3 digital download space requirement, when you try to download a game and install on the PS3 system storage, you need DOUBLE space, which means there should be twice the amount of room than the game file requires. For example, 8 gigs for the download while 8 for the install.

Thus, to successfully install the game, you'll need over 16 gigs of free space on the PS3 storage device. When installing a game or DLC, the original downloaded copy is kept in case something terrible happens during install. If something does, the install file will be corrupted while the original will be fine, not forcing you to re-download the entire file again. That's how the download system works. 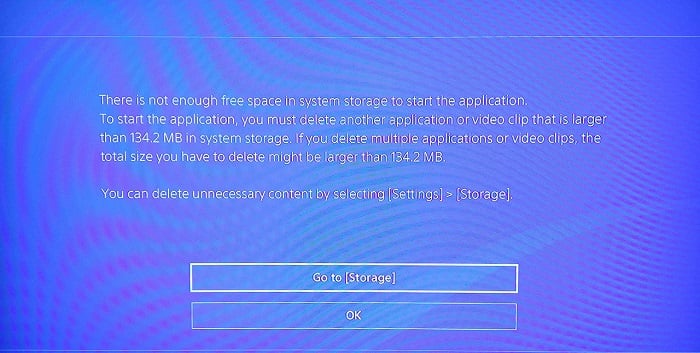 How to Fix PS3 System Storage Not Enough Space

Most Blu-ray games store some of their files in the PS3 Game Data Utility, which takes up a considerable amount of disk space after a while. You can't just format PS3 since the formatting will erase all the data on it. Instead, you can safely delete any of the folders like game data to free up some space. The data will be reinstalled automatically from the Blu-ray disk the next time that you play the game.

To remove any game data utility files, simply do the following:

Note: Make sure you select [Game Data Utility]. Do not select Saved Data Utility, as this will delete all of your saved games files.

Fix 2. Increase or Get More Space on PS3 System Storage

"Not enough space in system storage"...On average, 6 out of 10 people who use PS3 to play games are likely to be informed of the insufficient storage to install games and some other types of files. Why add an external hard disk to your PS3 or directly upgrade the disk of PS3 to a larger one? It's the most recommended way to increase PS3 storage space.

However, people feel hesitant because they don't want to lose the games and files saved on the old disk. Don't worry. EaseUS partition manager can ease your worry by cloning old disk data to the new one without reinstallation.

To upgrade PS3 hard disk to a larger one, follow the simple steps:

Q1: My PlayStation 3 is saying "cannot start, the appropriate system storage was not found"! What should I do? 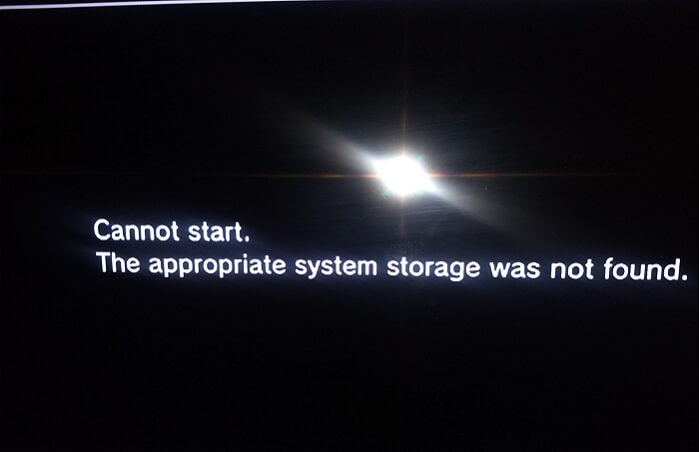 How to Fix PS3 System Storage Not Found

Compared with the free space issue, the PS3 system storage not found seems to be more complicated. In general, this error is pointing to a hard drive issue, which can be encrypted, corrupted, broken, or disconnected to your system. Hence, to fix the unrecognized hard drive, there are some ways out.

Step 1. If the hard drive isn't broken you can screw it back in

On one side of the PS3, there is a plastic panel which you can screw off using a screwdriver or another helpful tool. Once you've unscrewed it, locate your hard drive - it will be held in using a square metal bit and a big blue screw. Slide out the hard drive, clean it, and put it back in. Then, screw in the panel again and turn on the system.

To swap out a failing PS3 system hard drive without uninstalling all the games, use the same system migration software - EaseUS Partition Master to start the replacement. It's easy and time-saving.

Q2: The PlayStation 3 hard disk's file system is corrupted and it doesn't restore when I press 'ok'; it keeps repeating the same message. what should I do?

According to the PS3 official guide, when your PlayStation 3 system HDD becomes corrupted or you receive a corrupt data message, you must go through the two steps to find out the reason and try to fix the corruption.

Step 1. Ensure that the latest system software update is installed on your PlayStation 3 system.

Option 3 - Restore File System: the PlayStation 3 system will try to repair any areas on the HDD where files can be saved.

Option 4 - Rebuild Database: the PlayStation 3 system will delete all data on the HDD and rebuild the database.