Introduction to Gigabyte and Terabyte: How Many Gigabytes Are There in a Terabyte

What Is Gigabyte?
What Is Terabyte?
How Many GB Go in a Terabyte?
Examples of Gigabyte and Terabyte

Gigabytes and terabytes are some of the most common terms, and the meanings of these terms are still unknown to many of us. We often come across these terms while sharing files, downloading software, uploading files, and many other instances. One of the main questions that come to our mind is: How Many Gigabytes Are There in a Terabyte? There are a lot! It is one of the most common questions, and this guide answers the same. You've landed in the right place to know everything about these two terms in a concise and easy-to-understand manner. We have created a guide that explains everything about GBs and TBs. Most importantly, this guide answers an important question, i.e., How Many Gigabytes Are There in a Terabyte. Let's move ahead and learn about gigabytes and terabytes in an easy-to-understand manner.

Gigabyte, better known as GB, is one of the most common data measurement units. We encounter this term often while doing daily life tasks, such as downloading software, buying HDDs, etc. It's now the perfect time to understand the meaning of gigabytes in an intuitive manner.

The term gigabyte is made up of two different terms: Giga and Byte. Giga refers to one billion. At the same time, the phrase byte refers to a unit of measurement that we use to describe storage capacity. In computing language, one byte is recorded as a combination of eight bits. In layman's language, one gigabyte is equivalent to 1,000,000,000 bytes, or 109 in the decimal system. 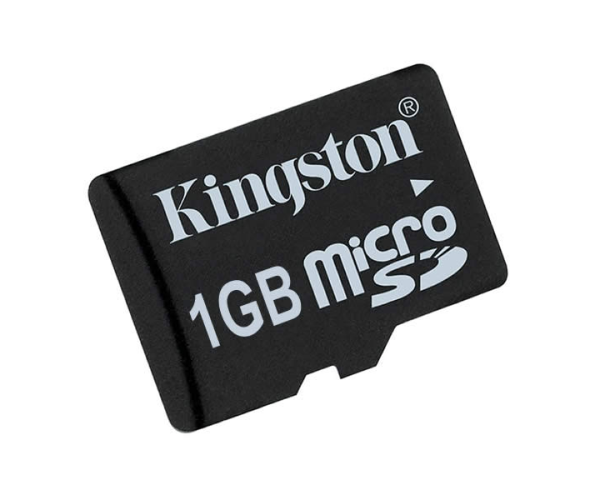 When we talk about the same in binary form, one gigabyte consists of 1,073,741,824 bytes. In addition, one gigabyte consists of 1024 Megabytes or MBs. Some sources on the internet also claim that gigabytes are 1024 times bigger than megabytes. While some say, it's 1000 greater than megabytes. However, both numbers are accurate in their own way. Let's understand this by looking at the given structure of the gigabyte.

Gigabyte is used in varied fields, from academics to real-life scenarios. This term is being used in fields like science, engineering, data transmission, commerce, and computing. One of the best real-life examples of a gigabyte is smartphones.

These days, most smartphones feature storage in gigabytes, such as 64 GB, 128 GB, 256 GB, and so on. For example, iPhone 13 Pro comes in three different storage variants: 128 GB, 256 GB, and 512 GB. On the other hand, HDD, SSD, and Memory Cards are also the perfect example of gigabytes to some extent only.

A terabyte is again another most frequently used and heard term. Of course, one terabyte is much larger than one gigabyte. In simple terms, one terabyte comprises more than one trillion bytes. To be concise, one terabyte consists of 1,099,511,627,776 bytes. Whereas one terabyte (TB) is equal to 1000 GBs in decimals. While, in binary, it is equivalent to 1024 GBs. You can understand the term terabyte better with the help of the given equation.

In real-world situations, we usually use TB in binary terms. For example, this is a 1 TB HDD or SSD, which comes with a total of 1024 GBs of storage. HDDs and SDDs are one of the best real-life examples of terabytes.

How Many GB Go in a Terabyte?

Many users get confused about the conversion of TBs to GBs. There are 1024 GB in 1 TB in decimals and 1000 GB in the 1 TB in binary. Notably, a terabyte is a thousand times bigger than a gigabyte.

Examples of Gigabyte and Terabyte

Smartphone storage is one of the most common uses of gigabytes. Many smartphone brands use gigabytes to represent the RAM in smartphones to store data. For instance, iPhones come with the most common unit of measurement called Gigabytes. The more GB of storage you get, the faster your smartphone performs. Of course, the processor also plays a huge role in optimizing and utilizing those gigabytes.

HDDs, SDDs, and computer storage are the most common examples of terabytes. Microsoft still uses terabytes to store different data easily. You might have also seen or bought HDDs and SDDs in terabytes. We all prefer buying blazing-fast SSDs over HDDs. This is because as the number of terabytes increases, the speed of the machine and completing a process also increase.

Another everyday use of terabytes is in data sharing. One of the perfect examples is servers. Many companies, even website owners, use servers to share and store data. They always buy huge terabytes of servers that help them transfer data faster and save time.

Terabytes and gigabytes also come in use while sharing data over the internet. For instance, when someone visits your website, the data stored on your server transfers to a visitor's server over a public or local network. Now, the speed of the data transfer varies with the amount of data transfer availability (in bytes).

These are some examples to help you easily and efficiently understand GBs and TBs. You must now understand both terms properly.

We all know that the terabyte is much bigger than the gigabyte. But after reading this in-depth article, we learned the exact difference between gigabyte and terabyte. To sum up, one terabyte is equivalent to 1024 GBs. At the same time, one gigabyte is equal to 1024 MBs. We also looked at the answer to your question. We hope you have now understood everything properly and cleared all the mess regarding these two terms. If you are interested in conversion between MB and GB, you can also read our introduction on how many MBs are in a GB.