How Many Megabytes Are There in a Gigabyte

Megabytes (MBs) and Gigabytes (GBs) are one of the most common computer storage terms. We all use these terms in real-life scenarios, such as sharing photos, downloading music, ebooks, apps, etc. These are the most prevalent computing terms, but many of us still don't understand them enough. We all have a basic understanding of MBs and GBs terms but never went beyond the basics and learned more about them. There you go! We have created a detailed guide that covers everything about Megabytes (MBs) and Gigabytes (GBs). This article also answers one of the most important and overlooked questions, i.e., How many Megabytes are there in a Gigabyte? We suggest reading this article thoroughly to learn more about the most common SI terms, MBs and GBs. 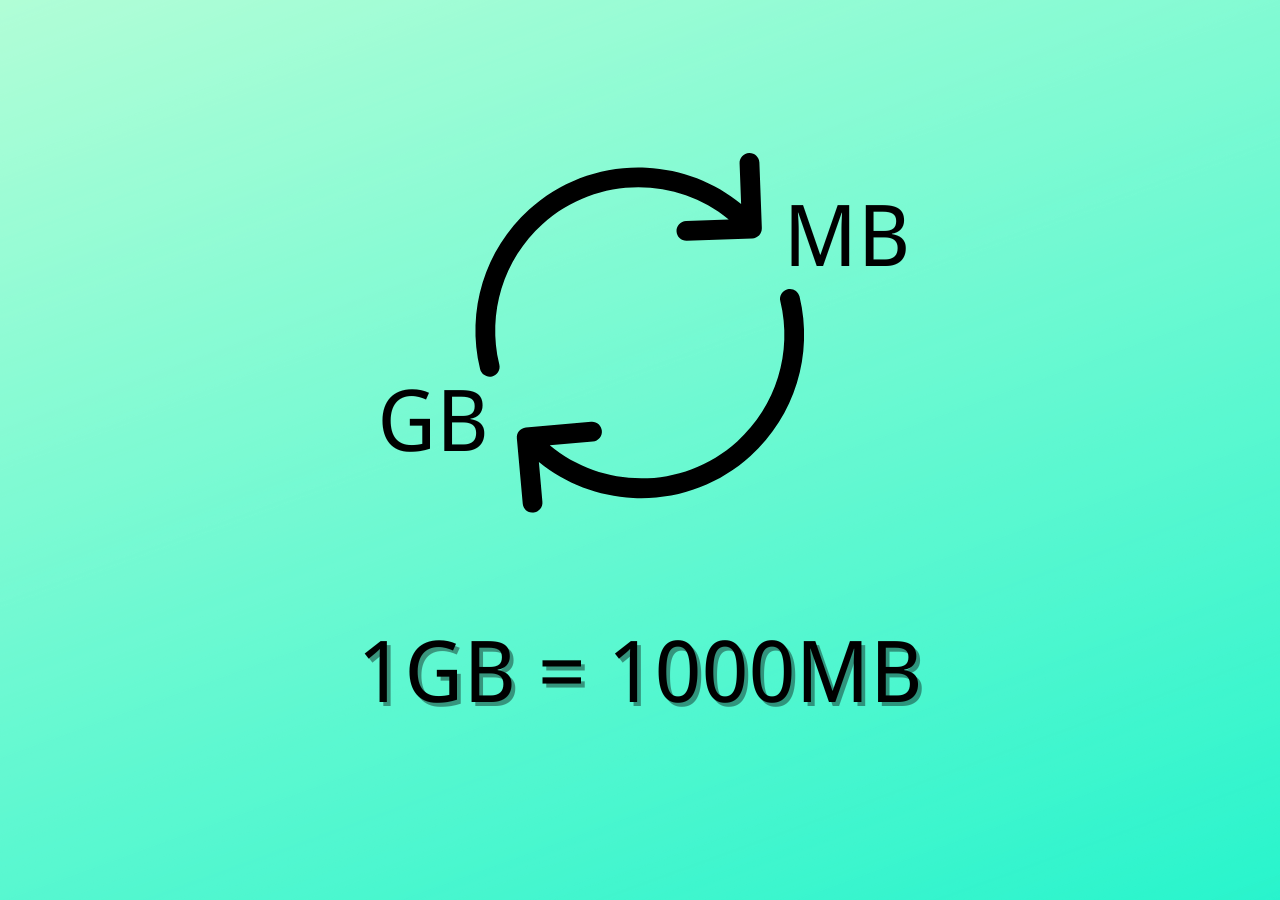 Let's read ahead and look at megabytes and gigabytes deeply in the simplest manner.

Bits have a value of either 1 or 0. It means it can only contain one word of information, not more than that. You can understand this with the help of a question that can only be answered in Yes or No, On or Off, White and Black, etc.

When we combine eight bits, it makes one byte. Notably, the use cases of both bits and bytes are quite different. When talking about computer storage, bytes are always used. On the other hand, when referring to transmission speed, we always use bits. Your internet speed is the perfect example of bits. And downloading an eBook or music is an example of bytes.

Megabyte is made up of two different terms: Mega and Bytes. The prefix Mega refers to 1,000,000 bytes in the metric system. On the other hand, Byte refers to a combination of eight bits. In short, one MB stores one million bytes of information in binary form.

However, this changed after the implementation of new binary prefixes in 1998. According to computer scientists, one megabyte comprises 1,048,576 bytes when discussing computer memory. Microsoft Press Computer Dictionary has also stated one megabyte, a combination of 1,048,576 bytes. This is all because computers work in binary and store data either in the value of 1 or 0.

One megabyte consists of 1024 kilobytes (KBs). Before implementing new prefixes, it used to be counted as 1000 KBs. But it's now changed because computer storage stores data in the binary form, .i.e, either in 0 or 1. This is the reason one megabyte is equivalent to 1024 KBs.

Some of the best examples of Megabytes are an MP3 file, JPEG image, floppy disk, and compact disk. For instance, a 3.5-inch floppy disk comes with up to 1.44 MB storage capacity. To find the actual bits of information to be stored in a 1.44 MB floppy disk, you need to multiply the actual storage by 1000 and 1024. It will go something like this: 1.44×1000×1024 bytes. In addition, Megabyte is also used in varied fields, such as science, engineering, data transmission, commerce, and computing.

A Gigabyte is another storage data measurement unit that is a combination of multiple bytes that stores digital information in binary form 0 or 1. According to the old norms or metric system, one GB comprises one billion bytes. But, in real-life scenarios or binary form, we consider one GB a combination of 1,073,741,824 bytes.

Regarding data transmission numbers in telecommunications, a GB consists of one million bytes. However, this changes a bit when talking about computer storage. In terms of computer storage, it is 1,073,741,824 bytes. One of the main reasons behind this is the computer working in binary. We usually use gigabytes to describe an amount of storage. For instance, these days, all HDDs and SDDs come with GBs.

Talking about the conversion of GB into MB, one GB is a total of 1024 MBs in computing terms. While, in binary terms, it is 1000 MB.

One of the real-life examples of a Gigabyte is the storage of a smartphone. All smartphones come with storage in gigabytes, such as 64GB, 128 GB, 256 GB, etc. Most smartphones come with a basic variant of 64 GB and go as high as 1 TB. Another example could be an SSD or HDD storage. However, it has some exceptions. HDDs feature storage in Gigabyte as well as Terabyte. If are curious about Gigabyte and Terabyte, you can read this article on how many gigabytes are there in a terabyte.

How Many Megabytes Go in a Gigabyte?

According to computer scientists, there are 1024 MBs in a GB as all computing machines work in binary. Also, in reality, we use count one GB as a total of 1000 MBs. You must have used a carrier that would be offering you data in GBs. They also consider one gigabyte a combination of 1024 MBs and 1,073,741,824 bytes. However, you will find others identifying 1000 MB as one GB in some cases.

Examples of Megabyte and Gigabyte

Megabyte commonly comes into use while data sharing, communication, and networking. One of the best examples of MB is your broadband connection. You must have tested your WiFi speed using any speeding testing tool like Fast.com. These speed testing tools always show you speed in the Megabits Per Seconds metric. Megabits Per Seconds shows the amount of data your broadband can download and share over the internet every second.

One of the main roles of megabytes is in data transmission. Forbes has a detailed article on how data transmission is taking a huge transformation and producing zettabytes of data every minute.

HDDs/SDDs and smartphone storage are among GB's most widely used examples. These days, all smartphones feature storage in GBs and sometimes in TBs. Storage also plays a vital role in the smoother functioning of the smartphone. If the smartphone has more storage, it can process tasks much faster and more efficiently. In addition, you also store more data on your smartphone. This is why we always prefer going with a smartphone with huge storage.

To sum up, a GB consists of 1024 MBs. At the same time, one MB is a combination of 1024 KBs. Talking about the binary form, one MB comprises 1,048,576 bytes. On the other hand, one GB is composed of 1,073,741,824 bytes. You must have now understood the difference between MBs and GBs with the help of this guide. Additionally, you have also got the answer to the question you were looking for. We hope this guide has cleared all your doubts regarding the megabytes and gigabytes.