Apple has been the talk of the town always. While Apple devices are known for their software optimization, better speed, and processing, durability is some of the most desirable features. Using the Apple M1 chip in its Mac devices from 2021 onwards, improved battery backup and advanced features have added to its benefits. Now, it's up with the M2 chip, and it's now mired in controversy due to its top-notch build and all the desired features. If you want to know about Apple M2 Chip Release Date, New Features, and Performance, then we have covered you all!

Apple recently came out with its M2 chip offering something better than its initial Apple Silicon. We did not fail to review it.

We have mentioned below the new chip's Release Date, Features, Specifications, and more! The information includes:

What Is Apple M2 Chip?

In 2021, Apple switched from an Intel processor to its own Apple Silicon. The first chip was the Apple 2021, which is much more advanced than Intel and, most importantly, offers a better battery backup. The M2 promises a better CPU and GPU and is exclusively for Mac devices. Talking about figures, the M2's CPU is 18% more powerful, while its GPU is 35% better than the Apple M1. 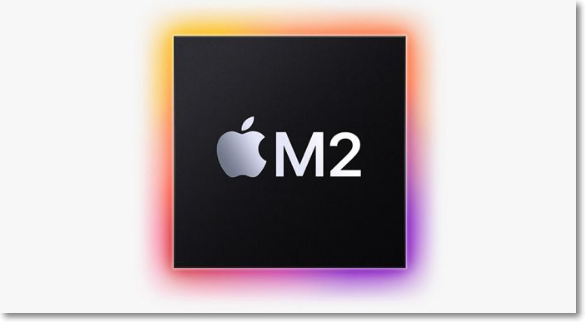 It was during Apple's WWDC event in 2022 that it announced the release of the Apple M2 chip. However, the company would not sell it individually. Instead, you will get the chip in two of its products at the beginning. MacBook Air 2022 and MacBook Pro 13-inch 2022 will have the new Apple M2 chip. The M2 Chip has three configurations- 8GB, 16GB, and 24GB.

There are several incredible features in the Apple M2 chip and improvements to the M1.

The Apple M2 chip comes with a fast memory of 24 GB. Besides, developers have engineered it with improved second-gen 5nm technology. Apart from that, it contains 20 billion transistors. This, in turn, provides a Unified Memory Bandwidth of 100 GB/s and incorporates a memory controller. In short, it is 50 times better than M1. It is the perfect choice for multitasking and handling all your complex tasks.

Be it creating music layers or applying much-advanced-level graphics. The M2 chip can handle it easily. The CPU of the Apple M2 is two times more robust than a 10-core laptop. Besides, its processor is less noisy and installed on lightweight devices yet offers the same efficiency. Moreover, it provides the same performance as that a desktop computer.

The Apple M2 chip includes a Neural Engine. Due to this, it can handle operations 40% better. The chip processes around 15.8 trillion operations/second.

The Apple M2 chip contains a ProRes engine. Thus, it can provide multiple streaming of 4k and 8k with powerful playback.

All of it makes the Apple M2 chip worth a steal deal. If the chip's specifications have impressed you, you can buy the MacBook Air 2022 or MacBook Pro 13 inch, both of which contain the second-generation Apple chip. You can bag them at $1,199 and $1,299, respectively. Though it's more costly than the M1 chip hardware, its functionality is also improved, making it worth every penny spent.

Apple has never failed to impress users with its devices. For sure, the M2 chip is also a part of this fraternity. Thus, Macs With M2 Chip will work better.

Let's take a sneak peek at the details of the M2 chip.

Though the M2 chip is an improved version of the M1, both are suitably perfect. While the M1 also being an Apple Silicon that shares sine similarities with M2, its noteworthy to figure out the differences. Thus, you can choose one for your purpose! The differences are:

Though M1 and M2 chips have 4+4 cores, their cores vary. The M1 contains the A14 Bionic chip's Icestorm and Firestorm cores, while the M2 has A15 Bionic's Blizzard and Avalanche cores. Thus, regarding CPU, the N2 delivers much more multithreaded performance than Apple's M1. 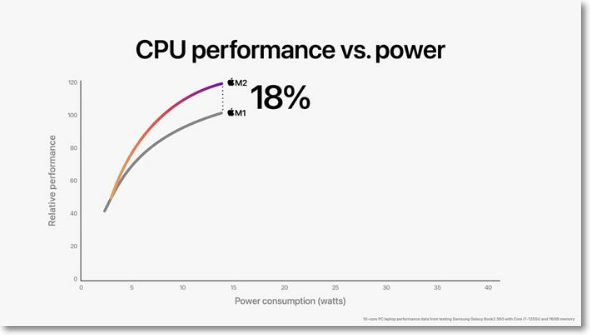 Regarding the processor, M1 operates at 3.2 GHz, while M2 functions at 3.49 GHz. Geekbenchmarks had given a 1.70y single-core score to the M1 chip, while they had given a 1919 single-core score to the all-new M2. Though the difference doesn't sound too sharp, it makes the Apple M2 12% faster than the Apple M1. Apple had earlier regarded the M2 as 18 times faster than the M1. It's apparent from its 8,928 multi-core score, while the same for M1 is 7419.

While comparing the high performance, both share many similarities and have a bit of difference too. Both are high-performance cores of 128KB L1 data cache and 192KB instruction cache. Even their energy-efficient cores have 128KB of L1 instruction cache, 4MB of L2 cache, and 64KB of the L1 data cache. However, M2's shared L2 cache has 16MB of memory, while that of M1 is 12MB.

As per Apple's official statements, the M2's graphics perform 35% better. The best part is that M2 provides this performance with some amount of power M1 takes. Apple M2's GPU includes two additional cores than Apple M1. Thus, the M2 GPU enhances graphics and performance more than the M1 while consuming the same power. 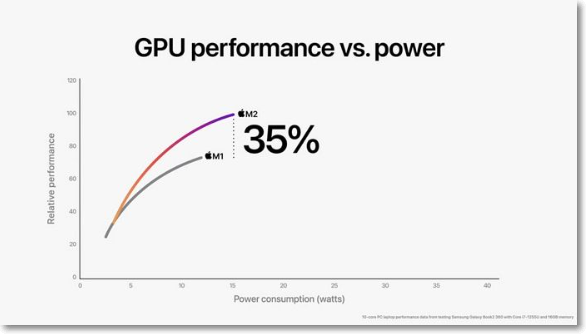 M2, as well as M1, have robust video encode and decode media engines. These are suitable for H.264 and HEVC hardware. However, M2 nails in Video engines. It is because M2 works better with ProRes and ProRes RAW. Apple M2 has a better bandwidth video decoder that supports H.264 and HEVC videos. Thus, M2 allows playback of multi streams of 4k and 8k video.

Both Apple M1 and M2 have several variants. Apple M1's came in two configurations, one with an 8GB unified memory and the other with a 16GB suitable memory. However, the M2 chip has not only these two configurations but also a 24 GB Unified Memory configuration. Besides, the Apple M2 offers 100GB; per second of Unified Memory, whereas the M1 has a 68.25 GB per second memory bandwidth. The M2 has better-unified memory bandwidth as it has a better memory controller.

Be its the fabrication process, transistors, CPU, GPU, Media Engine, or Unified Memory, M2 offers more than M1. However, it cannot be ignored that the two share some similarities also! Apple M2 is recommended if you have to work on complex tasks, carry out heavy multitasking or if you work for graphics, then you can go for M2. Otherwise, an M1 will also work aptly for you!

To get additional help for the Apple M2 chip, read the questions and answers below.

A.1. Considering a faster CPU, robust GPU, and a fast Neural engine, the Macs with M2 chip provide improved performance.

A.2. M2 chip is not a necessity for casual use. However, its Media Engine makes it an ideal choice for all professionals!

A.3. The M2 chip is good because of its high-performing CPU and GPU. Further, it delivers 2.5 times faster performance than that of a ten-core laptop.

M2 delivers 35% much better performance than the Apple M1. Further, it will also ensure 3.6 teraflops of performance in terms of graphics. Also, its Media Engine, Configuration, CPU, GPU, and Transistors are somewhat more impressive than M1.

Though the price is high, if you have a reasonable budget and it's your professional need, you can go ahead. But going for a higher price with nearly the same features remains a choice for non-professionals. Further, if you are a professional with complex work needs, you must check out M2!