Apple M1 Chip| An Apple Chip You Need to Know

The M1 chip was the first System on a Chip (SoC) created by Apple specifically for use in Macs. It represented Apple's first step away from the Intel processors that the Cupertino company had used in Macs since 2006. 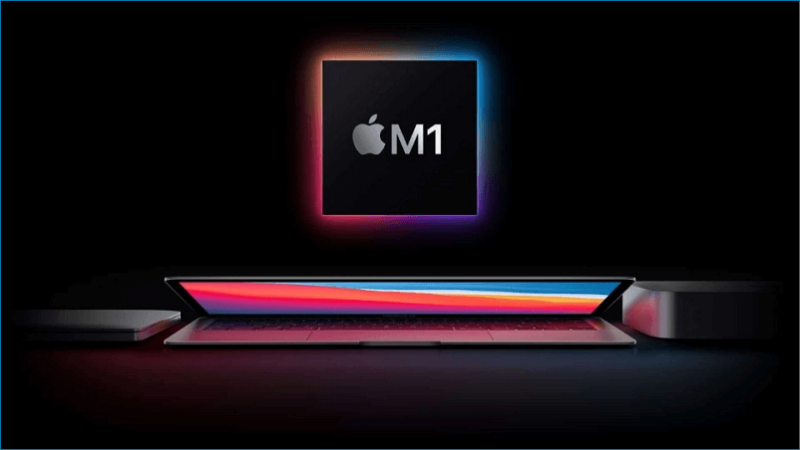 Apple's efforts to integrate these processors are why the M1 Chip is much faster and more effective than earlier Intel CPUs.Before Apple silicon, Macs utilized numerous CPU, I/O, and security chips. The M1's unified memory architecture, which Apple has incorporated, is also significant since it allows all technologies to access the same data without switching between different memory pools. We will learn more specific information in the following passage. 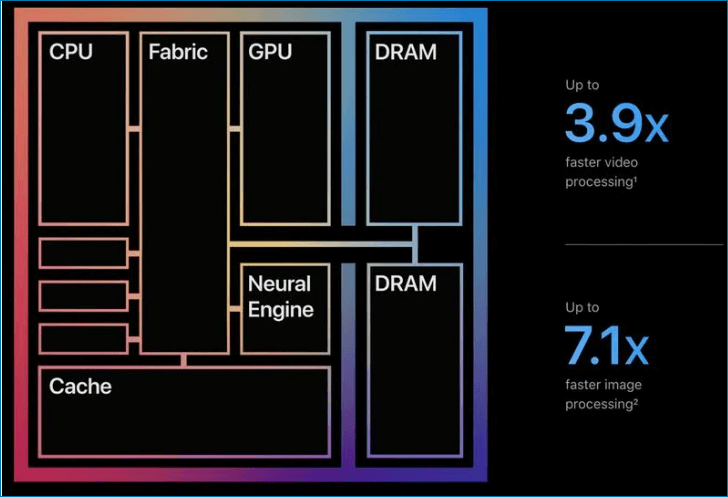 What kind of design makes m1 Chip stand out from many similar products? Next, we will explain the reasons in detail for its design. The design includes CPU, GPU, Memory, and other features.

The M1 Macs can outperform even the most expensive 16-inch MacBook Pro versions because of the four powerful cores' outstanding multithreaded performance.
Four high-efficiency cores use a tenth of the power for jobs that are less demanding and don't need as much energy, such as web browsing, to prolong battery life.
These cores, according to Apple, perform comparable to the dual-core MacBook Air of the previous generation but consume a lot less power. When significant influence isn't required, these cores can operate independently, but all eight can simultaneously be active for demanding tasks. 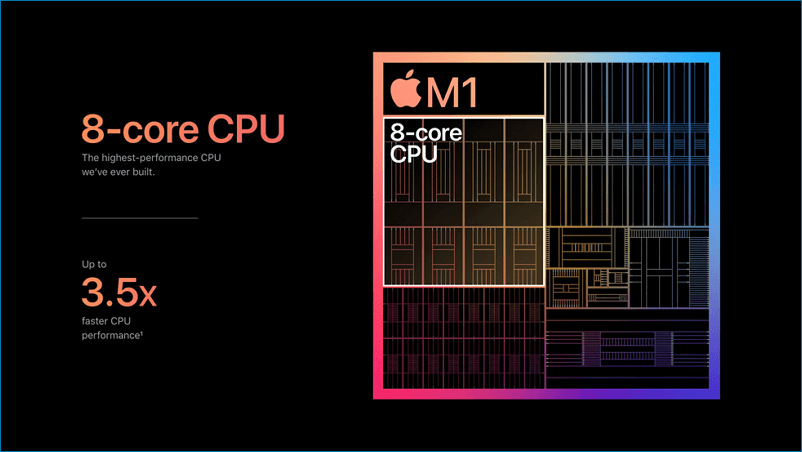 The M1 includes an eight-core (or seven in specific base variants) graphics processor created by Apple (GPU). Eight Arithmetic Logic Units make up each of the 16 Execution Units that make up each GPU core's GPU (ALUs). Apple claims that the M1 GPU can run up to 24,576 threads simultaneously and has a maximum floating point (FP32) speed of 2.6 TFLOPs. It has up to 128 Execution units, or 1024 ALUs, in total.

The processor's components share the M1 and employ a single 128-bit LPDDR4X SDRAM. A system-in-package (SiP) design can mount the RAM and SoC chips side by side. There are variants with 8 GB and 16 GB memory.

macOS Big Sur is engineered, down to its core, to take full advantage of all the capability and power of M1, delivering a massive boost in performance, extraordinary battery life, and even stronger security protections.

Compared to the Intel CPUs used in previous-generation computers, the M1 Chip offers up to 3.5x faster CPU speed, 6x faster GPU performance, and 15x faster machine learning capabilities. The M1 boasts 2x quicker CPU performance than the most recent PC laptop CPUs while consuming only 25% of the electricity. The M1 Chip is packed with several powerful custom technologies.

Apple's MAC notebooks use Macbook m1 chip, m1 pro chip, and m1 max. These three chips ensure that it has an unparalleled advantage over other notebooks. But do you know the difference between these three chips? We will use a table to show it clearly.

Which Apple Products Use the M1 Chip

Apple's major products widely use Apple's earliest Chip, the M1 Chip. Next, we will introduce the Apple series products using the M1 Chip.

Now you have a fundamental understanding of the Macbook M1 chip, M1 Pro Chip, and M1 MAX. You can refer to this guide if you want to buy related products.