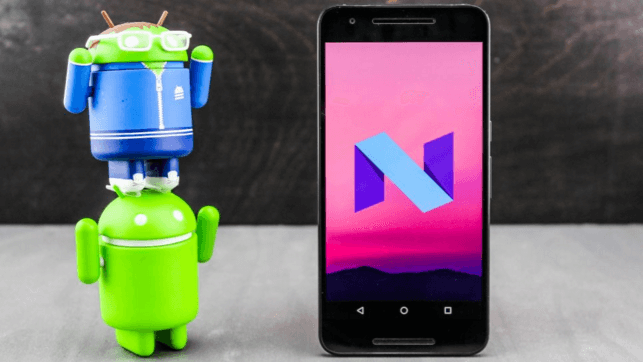 Why is that Android 7.0 or Android N is worth for you to try on your Android devices? Here the following, you'll find what's new in Android 7.0/N and what you'll benefit from this new system:

1. New VR service - Daydream: it is what Google calls new VR platform that Android N/7.0 users may be able to enjoy with its relative hardware.
2. DP3: this service reduces the time for phone to shut down for system update, allowing systems or apps to install or update in the background and do a quick reboot then.
3. Newly fixed bugs and improved system performance.

4. Split screen display for apps: according to tap the bottom-right Task Manager button, you'll see all running apps.
Tap and hold the app you want to split, drag it to the top of the screen.
With this you'll be able to watch movie and shopping on your phone or looking for something interesting at the same time.

Other more features such as new folder feature, new emoji etc will make your Android phone more interesting and humanity.

So are you ready to gain Android 7.0 or Android N in your Android devices? Before starting update Android to 7.0 version, please follow the below listed tips to fully get your Android phones, mobiles or tablets ready for the new system:

1. Make sure that your Android devices supports the new system.
It seems that now Android 7.0/N is only available for some new devices produced by Google Nexus, Samsung, Sony, HTC and Xiaomi etc.
If your devices are not available for the new system, please wait patiently.

2. Connect your Android devices with WiFi: this will be pretty important to make sure that your phone is connected with WiFi so to ensure that phone will be able to download installation files.

3. Leave phone with at least 2-3GB free space: Android 7.0/N will fail to be installed if cellphone has no enough space.
4. Be sure that the cellphone has more than 40% battery.
5. Backup important personal data before Android 7.0 update.

Sometimes, system update may delete or move some data from the Android devices when there's no enough space left in device or the system regards the data as dangerous. So how to backup Android data to PC? Professional Android data extractor software can help. Here you may try EaseUS MobiSaver for Android which allows users to backup Android data into PC within only 3 steps. This software supports Android 7 data backup and even supports to help you restore lost data due to accidental deletion, Android system update or even virus attack.

So now let's follow below steps to update your Android device into Android 7.0 now:

After this, all you need is to wait patiently. After installing Android 7.0 in your phone, do remember to reboot your Android device again. Then you can enjoy all fantastic new features in Android N without losing any data. And you can import the back data into your Android device to continue use them again. If you are ready to update to Android N or Android 7.0, follow this passage and do it right now.