What Is NFS and How Does It Work? [This Might Help You]

What Is NFS?
How Does NFS work? Three Versions! (4 Versions are Available)
NFS vs. CIFS vs. SMB: What Is The Difference?

The Network File System (NFS) was created to enable computers to mount a disk partition on a remote computer as if it were a local disk. It makes file sharing across a network quickly and easily.

It is important to note that it opens the door for unauthorized individuals to access your hard drive via the network and therefore read your email, destroy all of your files, and corrupt your system if you set it up incorrectly.

Similar functionality of NFS is offered by other systems as well. Today, NFS has the advantage of being mature, standard, well-understood, and robustly supported across various systems.

The Network File System (NFS) is a distributed file system protocol that was created by Sun Microsystems (Sun) in 1984. It enables users of client computers to access files via a computer network like they would access local storage. Like many other protocols, NFS uses Open Network Computing Remote Procedure Call (ONC RPC). Anyone may implement NFS because it is an open IETF standard described in a Request for Comments (RFC). 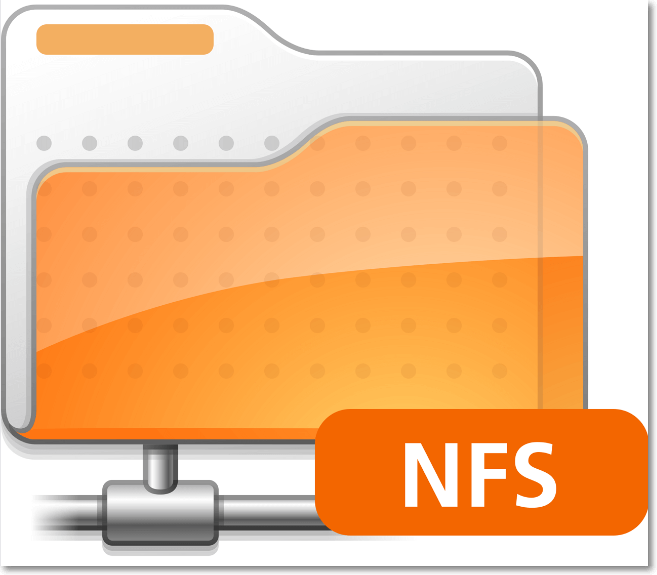 System administrators can use NFS to share all or a portion of a file system on a networked server so that remote computer users can access it. NFS shares, also known as shared file systems, can be accessed by clients who have permission to access the shared file system. Requests between clients and servers are handled over NFS using Remote Procedure Calls (RPCs).

NFS enables sharing any object, part of an NFS host file system. Hard drives, solid-state drives, tape drives, printers, and other peripherals fall under this category. Users can access the resource with proper permissions from their client computers as if they were mounted locally.

The following are just a few of the many advantages NFS offers to businesses:

The following are a few limitations of using NFS:

How Does NFS work? Three Versions! (4 Versions Are Available)

NFSv4, the most recent version of NFS, and other versions after NFS version 2 (NFSv2) are typically compatible after client and server machines negotiate a connection.

Given below are the NFS versions, starting with the oldest and ending with the most recent:

RFC 1094 contains the NFSv2 specifications. Its main characteristics are as follows:

NFSv2 is no longer supported, and anyone should not use it.

Due to built-in protocol improvements that can improve performance, NFS version 3 is strongly advised over NFS version 2.

According to RFC 3530, NFS Version 4 is the most recent protocol definition for NFS.

The new protocol offers several significant functional advances in security, scalability, and back-end data management, even though it is identical to earlier versions of NFS, particularly Version 3. Due to these features, NFS Version 4 is a superior option for large-scale distributed file-sharing systems.

The following are some of the NFS Version 4 protocol's features:

RFC 7862 contains information on NFSv4.2. It updated and added the following new features:

NFS vs. CIFS vs. SMB: What Is The Difference?

NFS was first designed as a straightforward network file system for local area networking, but since then, it has been modified and embraced for use with practically all types of distributed file systems. NFS version 4.2, released in 2016, is the latest version of the modern scale-out storage system that one can use. From this article, you can also understand the distinction between the pros and cons, functions, etc., of NFS, CIFS, and SMB.

Here are some frequently asked questions and their answers about NFS:

1. What NFS mean on Tiktok?

When searching for NFS on TikTok, the actual meaning is very different. We may access the videos associated with the well-known video game Need for Speed by performing a quick search using hashtags (NFS).

Thus, the popular game is the actual meaning based on TikTok videos. On TikTok, there are other additional interpretations as well. NFS is an acronym for "Not For Sale", according to Cyber Definitions.

2. What can I use instead of NFS/CIFS?

The most popular Unix file-sharing system, NFS, is not the only one that allows users to share files over a network. NFS substitutes include AFS, DFS, and RFS.

SMB and NFS are two client-server communication protocols for networked data exchange. NFS works better in Linux-based setups, whereas SMB is best for Windows file sharing. However, in terms of data security, SMB is safer than NFS.

4. What ports are needed for NFS?

NFS uses the same port for both TCP and UDP in each case: