MS-DOS Commands [Everything You Need to Know]

MS-DOS (Microsoft Disk Operating System): What Is It?
List of MS-DOS Commands

If you want to interact with the operating system and other line-based commands software, MS-DOS commands will play a significant role in this interaction process. Today, many users choose not to use MS-DOS any longer. However, many Microsoft users still use the command shell, which is commonly known as the Windows command line.

In this post, you can learn various useful MS-DOS commands that are commonly used. Once you use a Microsoft MS-DOS command prompt shell window, you can type these commands into the Window to achieve your aims and finish your operations on your PC. Let's read it! 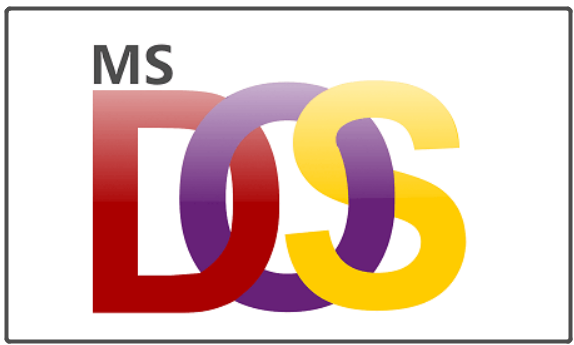 MS-DOS (Microsoft Disk Operating System): What Is It?

MS-DOS is an abbreviation of Microsoft Disk Operating System. We also call it Microsoft disk operating system. MS-DOS was the first operating system introduced by Microsoft. It was widely installed on personal computers.

In 1981, IBM renamed MS-DOS PC-DOS and authorized and sold its PC-DOS so that it could run on IBM PC. MS-DOS is released for x86 computers. It went through eight significant versions and was ultimately retired from all active support in 2006.

Most users of either DOS system referred to it as Disk Operating System.

MS-DOS is not a graphical OS driven by commands and oriented by lines. It enjoys a tidy and easy-to-use user interface. The prompt for entering the MS-DOS command is like C: >.

Unlike Windows, MS-DOS is navigated by using MS-DOS commands. For instance, if you want to find all the files in a folder of Windows, you can double-click the folder to open it in Windows Explorer. In MS-DOS, you can just navigate to the folder using the cd command and then list the files using the dir command.

We can see various features of the Microsoft disk operating system, and these features are as follows:

MS-DOS Commands are instructions that allow Windows users to conduct tasks on files and folders. As you may know, a file is a container for collecting information or data, and a directory is a collection of files. 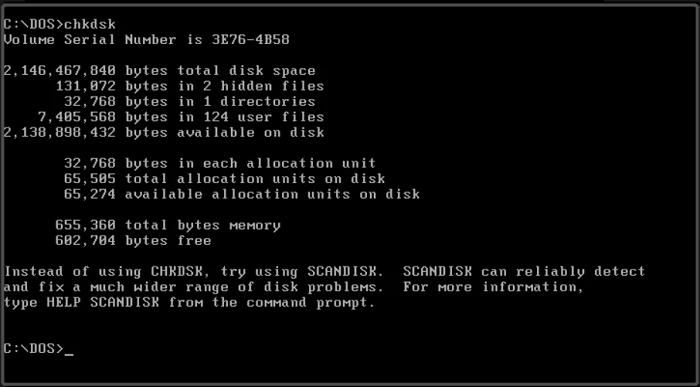 VER Command: This Command aims to display the Window's version.

LABEL Command: This Command can create, update and delete the serial number of a particular disk.

ECHO Command: This Command is used to display messages on the command screen and turn on/off command-echoing.

PROMPT Command: This Command is used in changing the command prompt.

TITLE Command: This Command can change the title of the MS-DOS screen.

CD... The Command is used to exit from the current working directory.

CD\ command exits from all directories and reaches the current drive.

TYPE Command: The TYPE command is used to display the file.

DIR Command: DIR command displays a list of files and subdirectories in a directory.

TREE Command: This Command displays files and subdirectories of a particular directory.

DEL/ERASE Command: DEL/ERASE command's function is to delete one or more files simultaneously.

RM/RMDIR Command: This Command is used to remove (delete) a directory (folder).

SHUTDOWN Command: The shutdown command is used to shuts down the Window.

From what we have mentioned above, we can know that MS-DOS is a non-graphical command line operating system. It originated from 86-DOS, which is built by IBM-compatible computers. It runs mainly on personal computers that are produced by companies such as Compaq, IBM, and HP. Remember these MS-DOS commands we have shown you and type them into your PC; you will find it much easier to make some instructions.