What Is a Bup File? How to Open and Convert It?

The BUP file is nothing but a backup file. Every application creates a .bup file in case the original file is corrupted and becomes inaccessible. The BUP files are not encrypted and can be converted to other formats easily.

In today's article, you are going to learn what a BUP file is, how to open it, and how you can convert it to other formats. Keep reading. 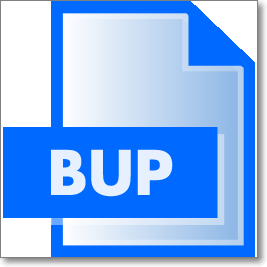 What Is a Bup File

BUP files are backup files that a lot of applications create to prevent the loss of information in the event the original file becomes corrupted or unreadable.

In DVDs, the BUP files are commonly used to create a backup of the .ifo file of the DVD's media content, such as subtitles, tracks, and menus.

If any .ifo file becomes unreadable or the file has become corrupted, the app, or in this case, the media player, will access the .bup file to run the media content.

The .bup files are not protected by encryption, and anyone can access them. With the help of third-party video conversion programs, the BUP files can also be converted to other video formats.

Other Related File Formats and Their Difference

Here are some file format names that you will frequently see on a DVD and what they stand for:

BUP: The ".bup" file extension is short for "Backup file" that creates the backup of ".ifo" files.

IFO: The ".ifo" file extensions are called "DVD information files", and they store all the important information such as tracks, menus, subtitles, and more.

MOV: The ".mov" is a QuickTime Movie file extension. 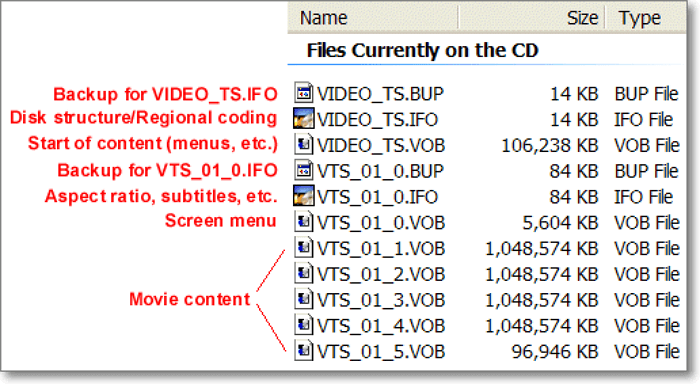 How to Open a Bup File

The .bup file extension is created and used by different applications for creating backups of their files, and each BUP file is not the same. It is first essential to confirm the program's BUP file that you want to open, as all BUP files are not the same and don't serve the same purpose.

BUP files are backup copies that each application creates for its purposes. If you're watching a DVD on your computer and want to open the available .bup files of the movie, you can do so by using a third-party media player. If it is a gaming application's .bup files, you will have to find an application that can open the BUP file of that application.

Here are a few recommended programs that you can use to play the .bup file of a DVD:

How to Convert a Bup File to a Mov File

Here are the four steps that you should follow:

Step2. Drag the .bup file and drop it onto the AVS4You converter tool.

Step3. Select the format MOV to convert the .bup file to.

Step4. Click on "Convert" and allow a few seconds for the application to convert the file.