What Is SSD TBW and How to Check TBW on SSD

SSDs are gradually replacing hard discs. They are as silent as a mouse, far quicker than HDDs, and less prone to failure. They are, however, somewhat costlier for the storage capacity they supply, which is why some customers are hesitant to buy this expensive gear.

Manufacturers grade their drives based on three main characteristics known as TBW, drive writes per day, and drive capacity (DWPD). It reflects an SSD's durability level. It would help if you also verified the TBW of the SSD before purchasing it. However, you're at the right spot if you don't know what SSD TBW is and how you can check it. This article will discover everything you should know about SSD TBW. Let's get going! 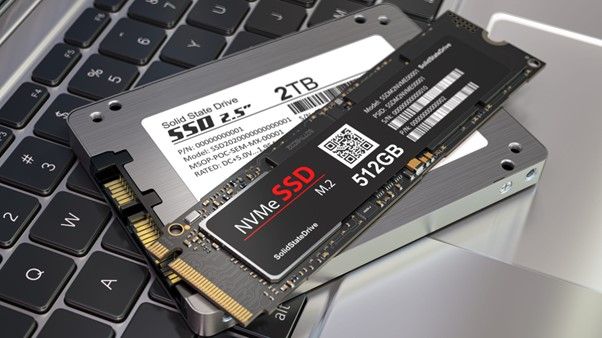 What Is SSD TBW

TBW meaning Terabytes written is a statistic (usually in terabytes) supplied to storage devices that tells you how many terabytes you may write to the drive during its warranty term before the memory cells inside it begin to deteriorate increasing the potential of data loss and drive failure.

For instance, if an SSD has 350 TBW, you may transfer 350TB to it before it needs to be replaced. This is because most SSDs have a capacity of 75 to 150 TBW.

At that time, it is recommended that you replace the drive since the data on it is no longer as secure as it previously was. TBW is distributed throughout the lifetime guarantee of the drive, which is commonly specified in multiple single-digit years, frequently 3 or 5. Therefore, TBW numbers on drives may vary from as little as 30TB in some to hundreds of terabytes in others.

The guarantee covers transferring that much data over whatever many years it lasts before deterioration occurs, whether you do it in a particularly busy time over a few weeks or regularly over the years.

Why Is TBW Important

Because SSDs have a limited lifespan, the TBW value is critical. SSDs use flash memory cells to store information. While reading the data from such cells does not affect them, they decay with each delete and write. Eventually, the flash storage cell degrades to the point of failure. So, TBW informs you how much information you can store before the memory cells fail.

TBW metrics are vital to consider when finalizing your purchase choice as manufacturers enhance the productivity and capacities of their drives while also finding methods to lower prices to make them more cheap. For example, if you have to choose between two drives with equivalent read and write efficiency, TBW should be the first attribute you consider.

Larger capacity devices have a greater TBW rating since they have additional flash storage cells to write to. For instance, a common 500GB SSD has a TBW of roughly 300, but 1TB SSDs often have 600 TBW.

Having said that, purchasing a drive with a high TBW will ensure you a drive with a longer life than one with a much lower amount. With frequent and diverse backups and upgrades or upgrades before your warranty term expires, you should be prepared to keep your data secure and your PC working quickly for years to come.

How to Check TBW on SSD

Since you know what TBW is and why it is important, you must wonder how to check TBW on your SSD or while purchasing an SSD. Well, it's not possible to manually check the TBW SSD, so you require a third-party tool to check TBW on SSD. If you're looking for such a tool, CrystalDiskInfo is your best bet.

CrystalDiskInfo is a utility tool that tells you almost everything about your hard disk's hardware efficiency and how likely it is to fail soon. To inform you what's wrong with your discs, it employs the S.M.A.R.T. (Self-Monitoring, Analyzing, and Reporting Technology) method, which is incorporated in most SSDs likely to appear in modern systems.

This contains information such as the current drive temperature, the number of unsuccessful reads or writing attempts, the length of time the drive has been operating, how often it has been launched and halted, and so on. Using this tool, you can easily check the TBW of your SSD with ease.

To check the SSD TBW using CrystalDiskInfo, follow these steps:

Step 1: Download and install CrystalDiskInfo on your computer, and launch it.

Step 2: Start the scan by clicking on the Start button and waiting for a few minutes; you will get the results. Now, select your SSD name from the above; for example, if local disk C:/ in your computer is your SSD, click on it.

Step 3: Now, at the left of the screen, you will see a value adjacent to the column Total Host Writes; this is the used TBW of your SSD.

Note: With CrystalDiskInfo, you can compare the used TBW to the manufacturer's written TBW. You can also see the drive health, temperature, etc.

Although everyone's HDD use varies daily, a typical office user writes between 10 and 35 GB daily on average. If this quantity is increased to 40 GB, they might write for more than five years before hitting the SSD TBW limit of 70 TB.

Furthermore, the average TBW statistic for a 250 GB SSD is between 60 and 150 terabytes written. That indicates that to exceed a promised TBW of 70, a client must write 190 GB daily for a year.

What Will Happen If SSD Reached The TBW limit

Many believe that their SSD would die once they surpass the complete TBW limit. They believe that once TBW is filled, the SSD will be useless to them. But it is just incorrect. After you've exhausted your TBW allowance, the SSD will retain its data, which you may access whenever you want. However, writing functionalities will no longer be accessible, and your SSD's warranty will become worthless (if it hasn't already).

This metric is assigned to storage devices that indicate how much storage space the drive can carry before the memory cells deteriorate. The danger of data loss or drive failure rises when that threshold is reached.

Furthermore, the Mean Time Between Failure (MTBF), Total Terabyte Write (TBW), and all of this are approximated data. These figures indicate that the NAND cells have a restricted writing capability.

However, it is fairly usual to encounter different SSDs exceeding these restrictions. People using their SSDs for a long time usually exceed these restrictions. In rare circumstances, SSDs may cease writing before the limit is reached or even before it is reached. However, this will take several years. Some folks have been using SSDs for 5 to 10 years with no problems.

SSDs make your system perform quicker, and it's difficult to describe or completely grasp how fantastic they are until you've used them in your system. They come with a TBW that defines the write limit of the SSD, and it is an essential factor to consider while purchasing or understanding the lifespan of SSD. And we hope that you know everything about SSD TBW after reading this article. Moreover, we recommend using CrystalDiskInfo to check the SSD TBW since it is an all-in-one platform.