The most annoying thing for any gamer while playing is some error that restrains him from playing the game. Minecraft, a popular console game, is also showing up updating mistakes when downloading the latest updates for the application. According to the speculations, the issue is due to the irregularities in the new launcher and compatibility issues with the third-party applications. Let us look at the problems in detail and find solutions to fix the unable to update the Minecfart Native Launcher on Windows 10/11. 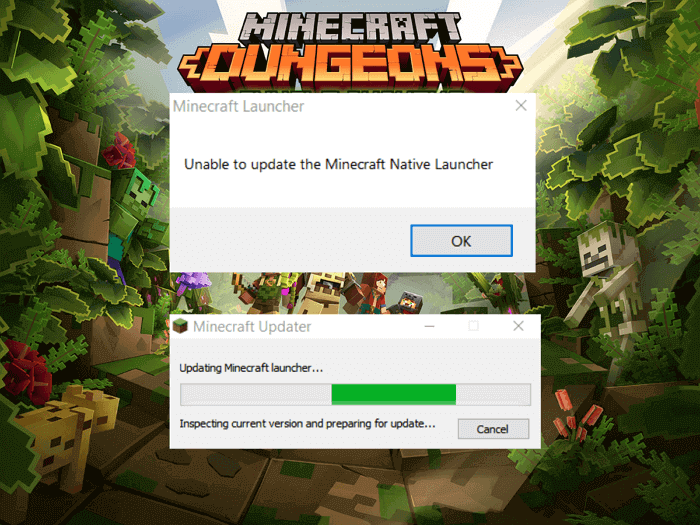 The actual issue is that when users try installing Minecraft updates from the app's Launcher application, the update process gets struck. A while later, the game displays the error message saying, "Unable to update the Minecraft Native Launcher."

Even after the error message, Minecraft reinitiates the updating process only to get struck again. Let us know the causes of the error in detail and look for solutions to solve the issue.

Some users say that this issue is due to irregularities in the launcher and compatibility issues with third-party apps.

The problem with the new launcher is that it fails to fetch suitable files from the internet. The feature is said to be buggy, and it affects the downloading. Regarding third-party applications, the antivirus programs and supporting applications are acting abnormally and blocking basic operations.

We have a list of solutions that could solve the issues. Try them one after the other until your problem resolves.

You can run a compatibility troubleshooter for applications on Windows. It provides this feature to coordinate the system and app's launch. If any application cannot run, it tries to find the source and diagnose the problems automatically or suggests solutions to resolve the issue.

Steps to do a compatibility troubleshooter:

Step 1. Search for the app and open its file location. You can use the Search box or manually find it.

Step 2. Right-click on the Minecraft app file and Select "Compatibility Troubleshooter" from the options. 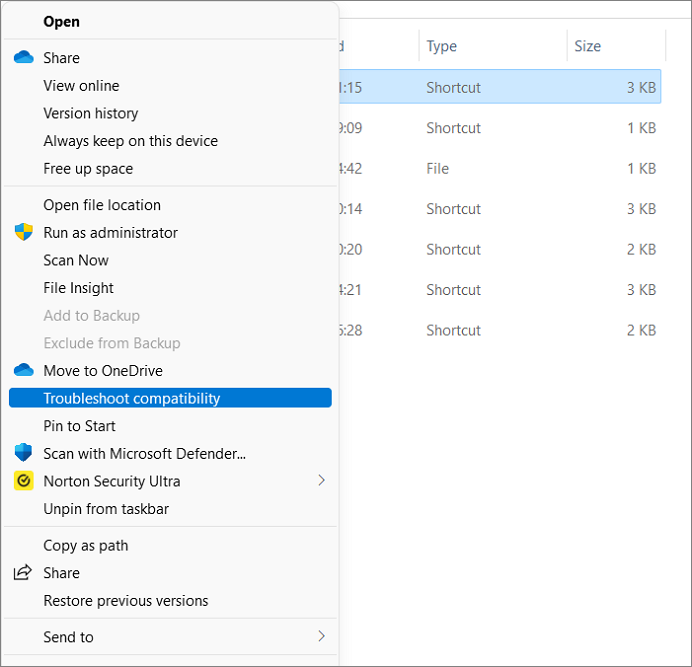 Step 3. As soon as the action invokes, follow the instructions on the screen to complete the process.

Step 4. System suggests some compatibility settings to carry on, you can either choose them or opt for your own preferences.

After completing the process, the system either offers a solution to fix the issue or solves the problem independently. Try updating using the Minecraft native launcher. If you are still facing it, move to the next step.

Some users have reported that the antivirus on the PC might be labeling Minecraft as a malicious program and halting its launch and running. When you try to do it, it suspects it is a harmful app and triggers the issue. You can either turn off the antivirus or allow the Minecraft app in the program.

If you use a private antivirus, go to the system settings and disable the app. Try running Minecraft. If it works fine, continue with the option. If you think your device may be vulnerable to external software, you can whitelist the single application and try using the app.

Below are the steps to whitelist the app on the Windows Defender:

Step 1. Search for "Windows Firewall Defender" on the computer. 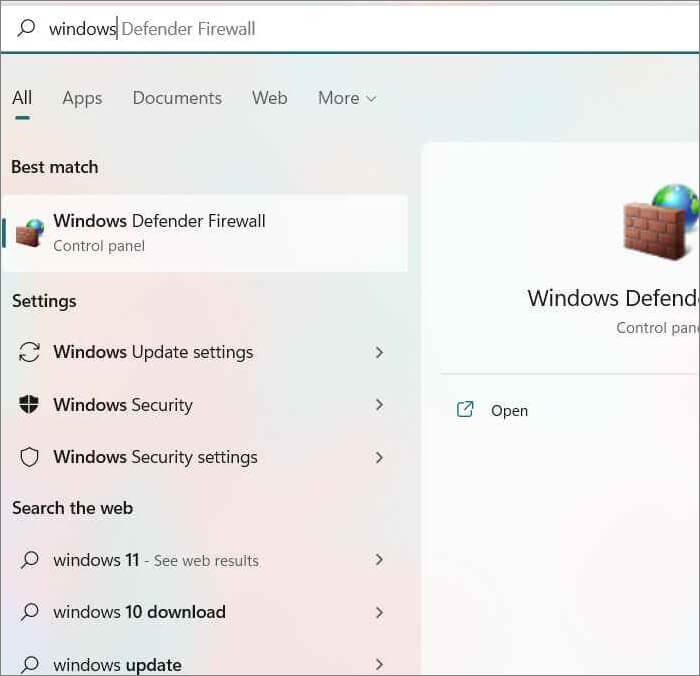 Step 2. Click on "Allow an app or feature through Windows Firewall Defender" and select the Minecraft app.

Step 3. Click on change settings to save the changes. 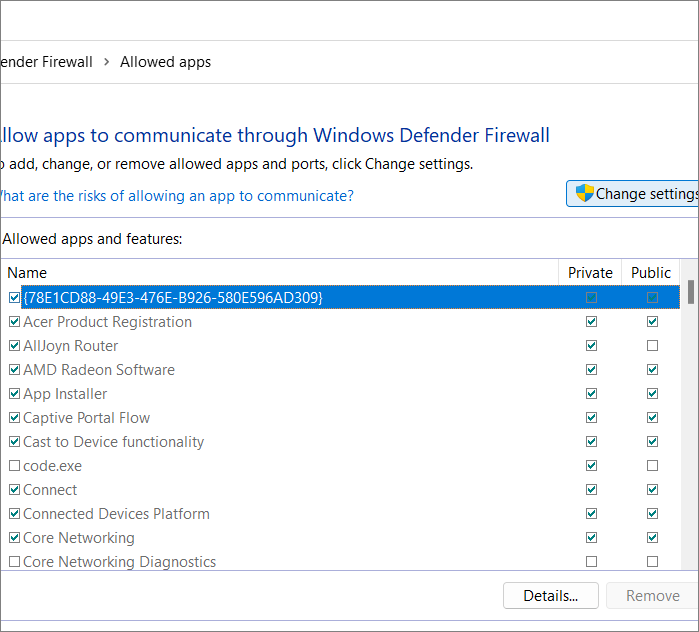 Step 2. You are directed to a page with the Java Edition of Minecraft for Windows. Click on "alternative download."

Refer to this website to know more about the updates and rollbacks on Minecraft.

If none of the above tricks work for you, the last option would be to reinstall the Minecraft application. This would mean that you will lose all your existing data on the app and have to start as a new user. Losing all your previous data is sad, but it's better to be able to play rather than not able to.

Follow the steps below to remove the app from your device and reinstall using the official website:

Step 2. Enter appwiz.cpl in the text box and click OK. 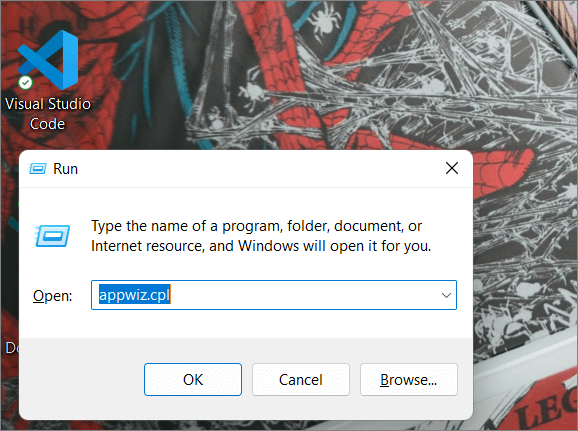 Step 3. Right-click on the app and "Uninstall" it.

Step 4. Along with the app, you need to delete the files related to it. 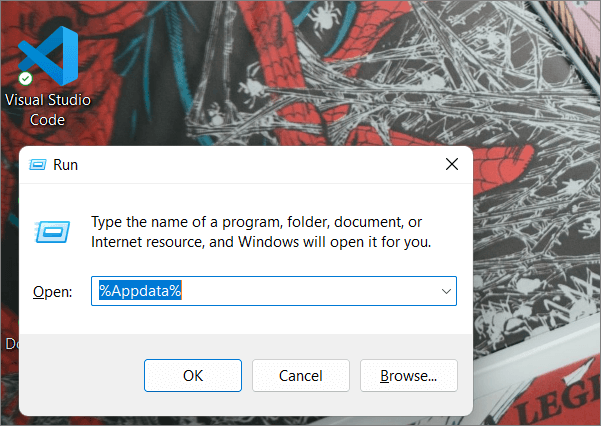 Step 6. Find the Minecraft files and delete them.

If none of the above fixes work for you, try checking the additional methods mentioned in the article by Microsoft Community.

The current native launcher is acting up while updating the features in the game. The users speculate that the problem could be due to bugs in the launcher or antivirus in the system. The users were unable to update Minecraft native launcher on Windows. The article discusses solutions to fix the reasons causing the issue and help you get back to your gaming.

If you find this article helpful, share it with your friends. Leave a comment below. If you have any queries regarding anything, you can post them in the comment box, and we will try to address them.