A common question raised by Snapchat Snubs is about the possibility to recover deleted Snapchat snaps, including photos, videos and messages. This page will guide you through the possible ways to get back old, deleted, past history on Snapchat on both Android and iPhone iOS devices.

How Does Snapchat Work

Snapchat, as many seasoned snappers already know, is a popular app that allows sending quick photos and videos, with a "self-destruct" feature. Unlike its competitor Instagram, Snapchat users can set a 1-10 seconds limit, within the time limit, recipients can view the photos and videos. Once it times out, the sent items would be automatically deleted by Snapchat. 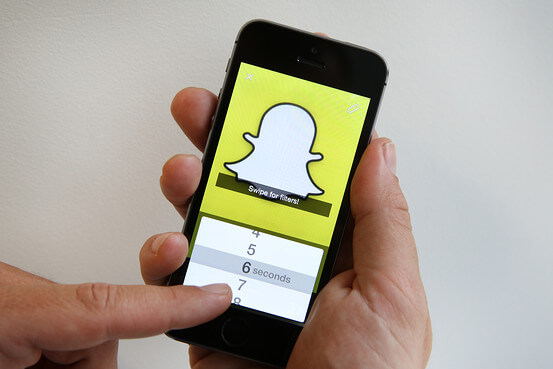 Can You Recover Deleted Snapchats

In a previous post, we discussed Instagram deleted photos recovery for Android, it mentions the possibility to recover the images posted on some online chatting apps. Similarly, the deleted Snapchat history and story can also be retrieved in certain cases.

As posted photos and videos are taken by your phone camera, generally speaking, you stored them while uploading on Snapchat and sending to your friends, which are later erased by Snapchat. For example, if you're using Snapchat on Android, you're very likely to restore old snaps in a folder with .nomedia extension.

 Important
In a word, due to the original purpose of developing Snapchat, you cannot keep track of the deleted photos or videos on the app itself. They're gone for good unless you posted or sent Snapchat snaps photos and videos and uploaded from your phone camera, gallery and picture album.

Even Though It's Worth A Try

Here, to recover deleted Snapchat snaps on Android phone and iPhone, a piece of data recovery software should help. But we can hardly guarantee that the way of Snapchat data recovery we provided is 100% working because the nature of Snapchat proves that it clears the chatting messages, photos, and videos very immediately, the deleted contents may lose permanently once the temporary files were overwritten by new Snapchat data. That is to say, as long as the Snapchat temporary files exist, you can hopefully get back the deleted files on Snapchat

EaseUS MobiSaver for Android is designed to recover lost, deleted messages, contacts, photos, videos, call history, SMS on all Android devices. If you're about to recover Snaps from Android phones like Samsung, Sony, Huawei, Nexus, Motorola, etc, just use the best Android data recovery tool to give it a shot. Hope you'll see the disappeared photos and videos again.

Learn from the detailed guide about how to use EaseUS MobiSaver for Android to recover deleted Snapchats.

EaseUS MobiSaver for iOS works perfectly on all iPhone series. The number of iOS Snapchat users is quite large, and some snappers have tried the software with satisfied results. On iPhone memory storage, there is no .nomedia folder that supposed to hold the Snapchat temporary files, so iOS data recovery software provides the last chance to recover deleted Snapchat files.

Learn from the detailed guide about how to use EaseUS MobiSaver to recover deleted Snapchats.