How to Safely Downgrade Android 6.0 Marshmallow to 5.1 Lollipop

Step-by-step guide here for owners of Nexus, Samsung, LG, Motorola, HTC and more brands to downgrade Android 6.0 Marshmallow to Android 5.1 Lollipop. Take a full backup of everything important on your phone, and follow the instruction to go back to Lollipop from Marshmallow now.

Why Downgrade Android OS from Marshmallow to Lollipop?

Not long after the main brands like Samsung, Nexus, LG, Motorola and HTC upgrading Android OS from Lollipop to Marshmallow, we heard many complaints, saying Marshmallow update is exactly the edition of Windows 10 for PC, which is full of bugs. Even though Google is already rolling out its newest software update, Android 7.0 Nougat, the majority group indicate that they don't want new update anymore, all they required is to go back to OS they were familiar with, Android 5.0/5.1 Lollipop.

Following are feedbacks which explain why people would rather downgrade Android 6.0 Marshmallow to Android 5.0 Lollipop than put up with it.

Some savvy techies and experienced Android users offered easy and useful guide on web, teaching us how to rollback to the previous Android OS from Marshmallow. However, to ensure data safety, they strongly recommend people use EaseUS MobiSaver for Android, a very user-friendly and powerful Android data backup and recovery app, to backup Android to a PC. Taking a full backup of your contacts, photos, call log, messages and app data, you can then apply the solutions to downgrade your Android from 6.0 to 5.1 without losing data.

STEP 2. Run EaseUS MobiSaver to scan all data on Android.

STEP 3. After the scan, save Android data to the computer.

Guide to Downgrade to Lollipop 5.1 from Marshmallow 6.0 (Provided by android devices)

STEP 2. Once downloaded, extract the folder on Desktop. 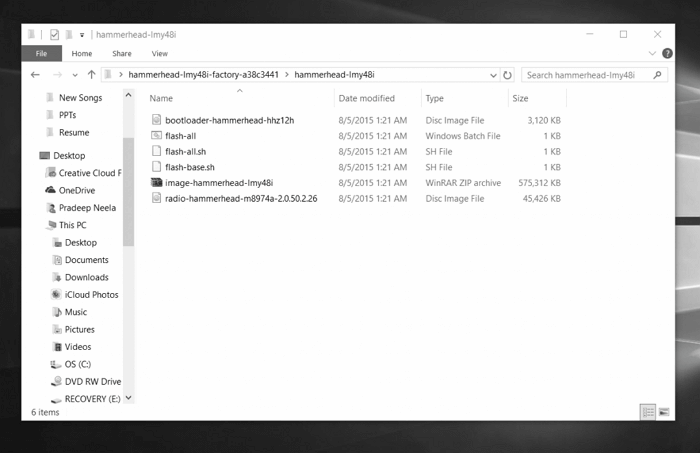 STEP 3. Open the folder to extract the zip file as shown in the screen capture below. 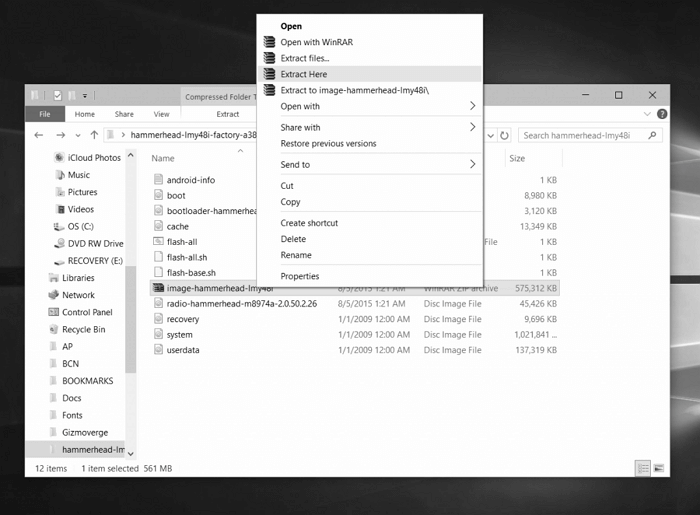 STEP 4. Now, in your Windows computer press Shift + Right Click to select the "open Command Prompt here" as shown in the below screen grab. 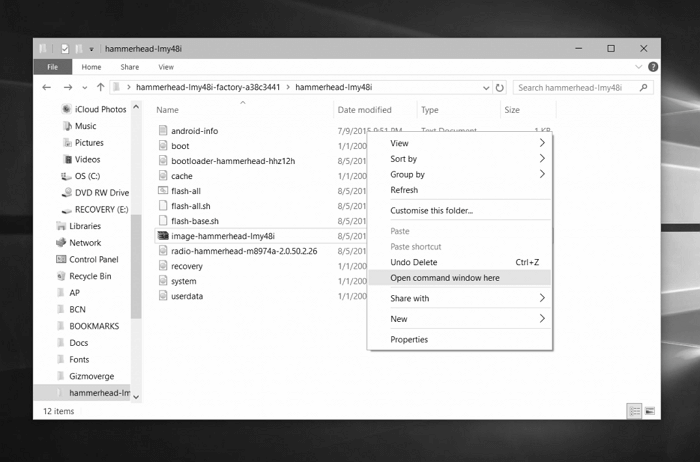 STEP 6. Connect your device to computer with original USB cable and execute the below commands one after other to downgrade the device to Lollipop OS.