What Is Vulkan Run Time Libraries and Do I Need or Remove It? [Updated 2023]

If you're seeing anything related to Vulkan on your screen and are worried, then let's find out whether you should be concerned or not.

Gaming on computers is one of the leading reasons for using higher-quality hardware. However, the combination of good hardware with software requires a few things to work in harmony. One such aspect is drivers, which ensure the experience of hardware to OS is smooth.

However, sometimes, these drivers can install additional things that might worry users. One such thing is Vulkan runtime libraries. So, what exactly is it? What does it do, and is it something to be worried about? In this article, we'll answer those questions and more. So, let's begin.

What Are Vulkan Runtime Libraries?

Vulkan is a cross-platform API (application programming interface) used in 3D graphics. The job of this graphics API is to simulate life-like graphics in interactive multimedia—particularly gaming. That's one of the main reasons today's games might show Vulkan running whenever the user is gaming on a computer.

However, one of its branches is Vulkan runtime libraries. Being the latest generation of graphic computing, Vulkan requires its attributes to run properly so that it can execute the common graphics properly.

Besides that, the purpose of Vulkan is to employ a graphics card, ram, and CPU to generate the best sort of graphics possible. That's why it needs its branch Vulkan Runtime Libraries to run to ensure a smooth workflow between those hardware components.

What Does Vulkan Runtime Library Do?

Vulkan is the new and advanced 3D API that allows the games to thoroughly employ hardware to generate 3D graphics. If you've been a gamer for a while, then you might have heard of OpenGL and Open AL.

The first ensured 3D graphics and the other worked on 3D Audio. Whereas Vulkan is tasked to deal with both. While it's a relatively latest API, it's been employed through many games over the years, such as Doom, Counter-Strike, F1, Roblox, Dota, etc. Here's what it does exactly:

Besides that, it's a single API compared to the earlier versions. That's exactly what allows it to focus on CPU and GPU usage.

There are many benefits of Vulkan Runtime Library. Being the core program of the Vulkan process itself, it required work in order to ensure the key benefits, such as: 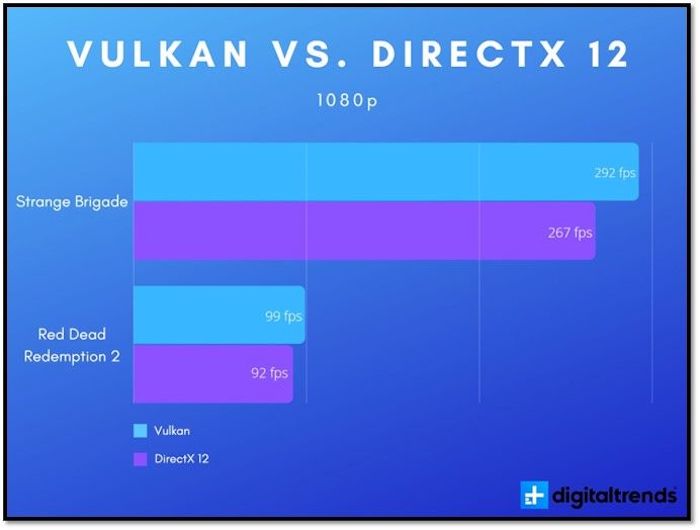 While it thoroughly uses your main components like GPU and CPU, with parallel tasking, it distributes the load properly, so it doesn't tire out one or the other hardware.

Should You Install or Uninstall Vulkan Runtime Libraries?

Suppose you have the latest driver from either Nvidia or AMD. In that case, chances are Vulkan Runtime Libraries are already installed on your PC. However, installing or uninstalling is really a matter of choice. For instance, if you uninstall it, games that support it might:

So, it's suggested that you leave it installed if your PC already has it. And if you want to install it, then you should head to Vulkan's GPU section and download the driver according to your GPU—AMD or Nvidia.

There you have it, the explanation behind Vulkan Runtime libraries running on your computer. Your graphics card and computer need it to ensure the CPU and GPU work properly and give you an immersive experience in gaming or other interactive media like VR.

If Vulkan is making you raise more questions, then here are additional questions and their answers:

1. Why are Vulkan Runtime Libraries installed on my computer?

Vulkan Runtime Libraries is a part of the driver that you might install on your computer. If your GPU is from either Nvidia or AMD, then it might install the Vulkan-related drivers on your PC by default. That's why you'll always see it running after you install or update your graphics driver.

2. Is Vulkan Runtime Libraries a virus/threat?

Sometimes, Windows Defender detects it as a threat. However, unless your computer is ridden with other threats, there's no chance that Vulkan runtime libraries are infected. So, you can allow this in the Windows Defender setting and continue using your PC as is.

3. Should I remove Vulkan runtime libraries?

You can remove it, but you shouldn't. Vulkan improves the quality and experience of graphics in games. So, keeping it is suggested by experts.