What is a Client Server Network? How Does It Work?

The advancement of technology has developed computer network connections over time. The cost of purchased hardware can now be minimized. Large-scale organizations and businesses can interact across various locations using network models through a shared database they can access.

What Is a Client-Server Network?

Clients are end-users who request data or services made available by a server. The server is a computer interacting with all clients.

A client-server network gives clients access to shared files and resources from the server. The server responds to the Client's requests and provides security for the connection. A Local Area or Wide-Area Network is used as a channel through which the interaction occurs. Client's

In addition, this network's operations curb traffic between clients and servers or servers to servers. An assigned server holds the Client's request for a network interaction to be established and sustained until the request has been accomplished. 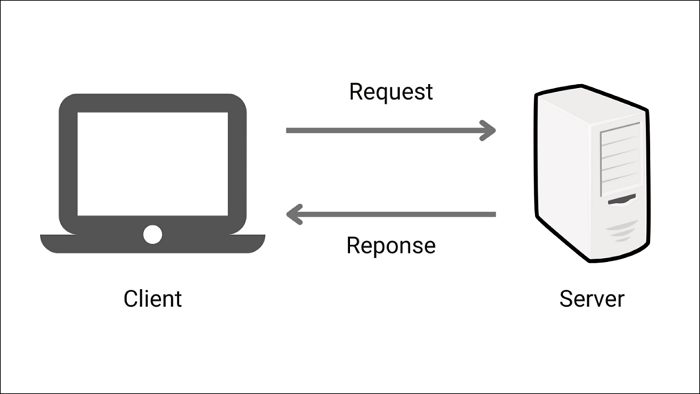 The table below contains some advantages and disadvantages of the client-server network.

How Does Client Server Network Work?

The user devices can be a computer or a mobile device with an application installed. The user also calls the Client sends a request to the host server anticipating a response and is disconnected from the network after completing the request. The Client's bandwidth ability will determine the speed of delivery.

This model structure is employed for a Local Area Network (LAN) or the internet. The users interact with the servers using a TCP/IP protocol. The TCP protocol segments the data into deliverable packets. As a connection-oriented protocol, it controls the packets' transmission, flow, and receipt.

The IP protocol accesses each request packet as individual units of data. In addition, its stack does not establish a connection between the communicating endpoints. Both protocol stacks include elements of the network layers within the Open Systems Interconnection (OSI) communication.

What Are the Types of Servers?

Clients rely on computer networks for data distribution. After initiating the connection, servers decide if the request packets from users will be dropped, accepted, or refused. A well-configured server can end a connection without obstructing the system. Here are the different types of servers used.

These servers can serve multiple clients near each other. Computers in a department can use a single printer via network connections.

Computers and internet websites interact to share data stored on web servers. The HTTP code is used to retrieve the information into user devices.

These servers provide users with platforms to access email services without software installations.

Clients can access large gaming networks using these servers, where multi-players are acceptable.

Virtual machines can be operated on a single hardware. The data transferred and stored are done in virtual spaces.

Client-server networks enhance connectivity and data sharing between multiple users via a common server. The advantages of this network model make it preferable to peer-to-peer network systems. TCP/IP protocol regulate the transmission of network deliverable packets between the devices.

It provides maximum security to organizations within the network and scrutinizes client access. This article will enlighten you on a client-server network's operations and the associated drawbacks.