It's hard to keep track of all the different storage devices out there. In the tech world, there is no lack of acronyms. Even if shortening technical terms and gadgets saves time, it's normal to become confused by acronyms.

Serial Advanced Technology Attachment (SATA) is the acronym of the day (SATA). Hard drives like this one may be found in many everyday consumer gadgets. Compared to classic hard disc drives, SATA drives are one of the numerous hard drives available today. Yet there's more to come. 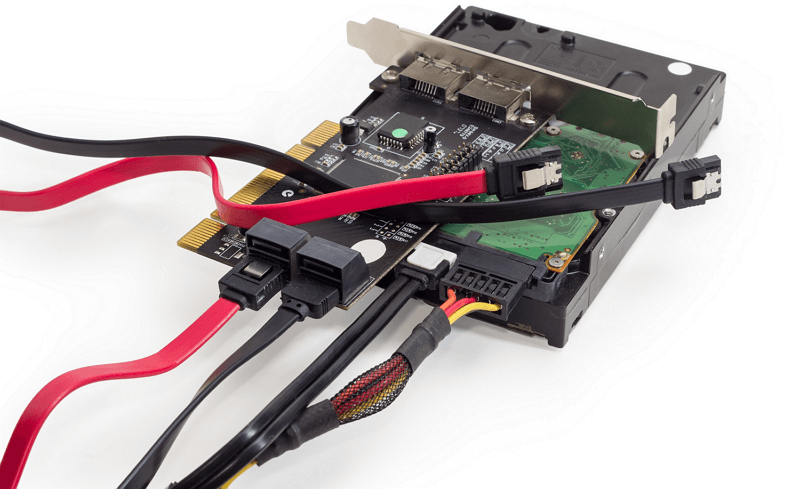 In the beginning, we'll go over the basics of SATA drives, including how they function, why they're utilized, and how they stack up against other standard storage options.

What Is a SATA Hard Drive (Definition)

SATA is the connection between a hard drive and a processor used to transfer data between the two. In personal computers, notebooks, workstations, and sometimes even video game systems, these components are able as sequential ATAs. SATA drives are found in the PlayStation 3 and 4 and Xbox 360 and One, thanks to both Microsoft and Sony.

SATA devices come in various sizes, depending on their primary use. There are two types of SATA drives desktops and laptops. 3.5-inch hard drives are often referred to as such. Laptop SATA drives are available in a smaller form factor than desktop SATA drives.

Laptop SATA hard disks typically measure 2.7 inches in diameter, 0.37 inches in height, and 3.96 inches in length. 2.5-inch disk disks are the common name for them.

The History Of SATA Hard Drives

Parallel ATA (PATA) interface hard drives were the favored storage space in the computing industry prior to the introduction of SATA drives. First introduced in 1986, these devices were much slower and more significant than their modern-day equivalent, the SATA hard disk.

SATA Version 3.0: According to the Serial ATA International Organization, many variations of SATA tech have been produced ever since, and the system is still just as useful in 2018 as it was in 2000.

HDDs and SATA-enabled solid-state disks are the primary kinds of SATA-enabled hard drives (SSD). SATA SSDs and HDDs perform similarly in most respects.

However, they employ vastly different methods for storing data. In terms of performance, SATA-enabled HDDs take a bit longer to boot than SSD, although the SATA transfer rates on HDDs are the same. A three- to four-year average lifespan is also typical for these devices, often plagued by maintenance problems.

Compared to hard disk drives (HDDs), SSDs have a lifetime of roughly ten years at best. SSDs are also far quicker than HDDs, both startup time and read/write rates.

On the other hand, HDDs are far less expensive than SSDs, with prices for the same amount of storage roughly halved.

Even though you don't have a backup, the best data recovery software for hard drives may help you get your contents back. It is possible to recover data from a corrupted hard disk using one of the various hard drive recovery software solutions available.

EaseUS Data Recovery Wizard is a tried-and-true solution. Its creators have succeeded in simplifying and opening up the difficult data recovery procedure to the general public. You don't have to read a long handbook to figure out what each menu item means.

Choosing a storage device to scan is the first step in starting the data recovery process with this program. Also, you may pick a particular folder, such as the Recycle Bin. Select Scan and wait for EaseUS Data Recovery Wizard to locate your lost or deleted data.

How to Recover Deleted/Lost Data from SATA Hard Drives

Download and run EaseUS hard drive data recovery software to get back lost files on your hard drive.

Select the drive on your hard disk where you lost or deleted files. Click "Scan" and let EaseUS data recovery software scan for all lost data and files on the selected drive.

When the scan completes, you can apply the "Filter" feature or click the "Search files or folders" option to find the lost files on the hard drive.

Select wanted files that you lost on the drive and click "Recover" to save them to another location.

Although we prefer Recuva because of its affordable price, simple user interface, and intuitive operation, only around two-thirds of the lost data were successfully recovered during my test drive. To be on the safe side, you should at least check out the free version. 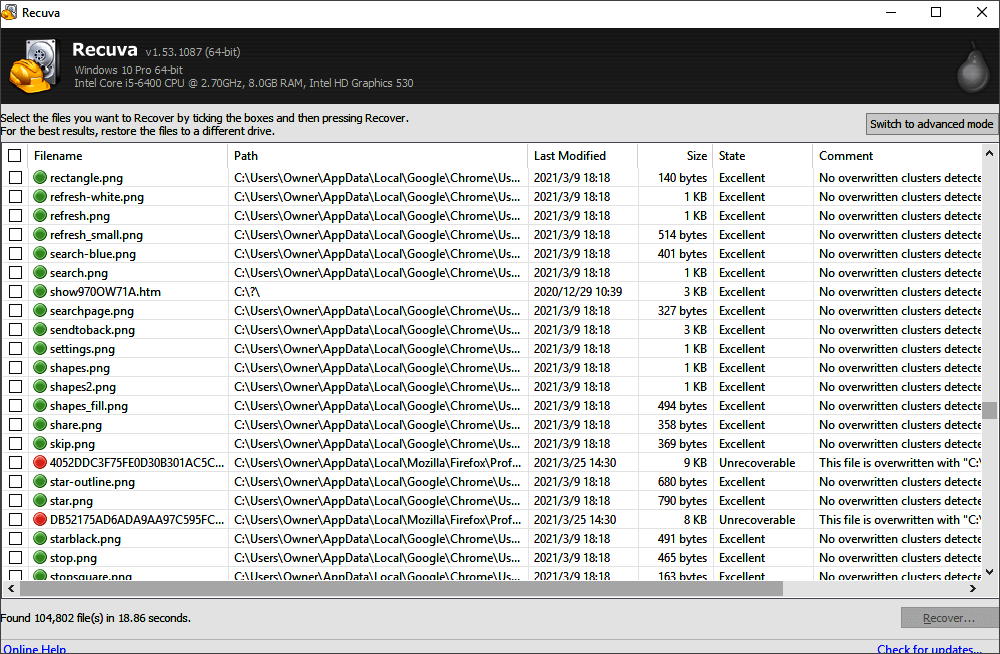 If it locates the files you're searching for, you don't need anything else. Stellar Phoenix Windows Data Recovery ($79.99 at Stellar) is an excellent choice for non-technical individuals. Still, it's also available for those who prefer Ontrack EasyRecovery's superior performance but less intuitive user interface.

It's not a good idea to use TestDisk if you've accidentally erased a critical file and are anxious to retrieve it back. Open-source data recovery software focuses on whole file systems and partitions rather than individual files.

It can do several things to restore access to deleted data, including fixing partition layouts and repairing boot sectors. 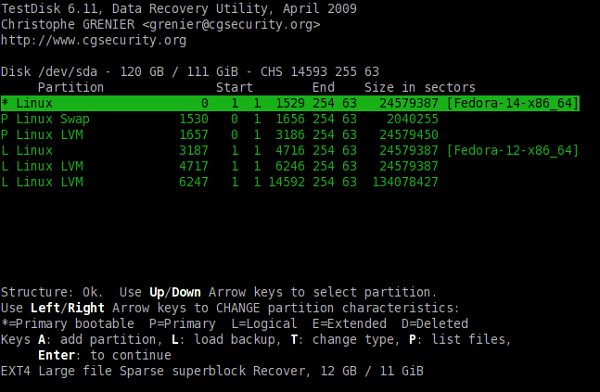 Undelete files from FAT, exFAT, NTFS, and ext2/ext3/ext4 file systems using TestDisk. However, this feature is hidden in the advanced menu, which ordinary customers seldom use. Furthermore, since you can't see data before recovery, retrieving individual files using TestDisk is a pain in the neck. 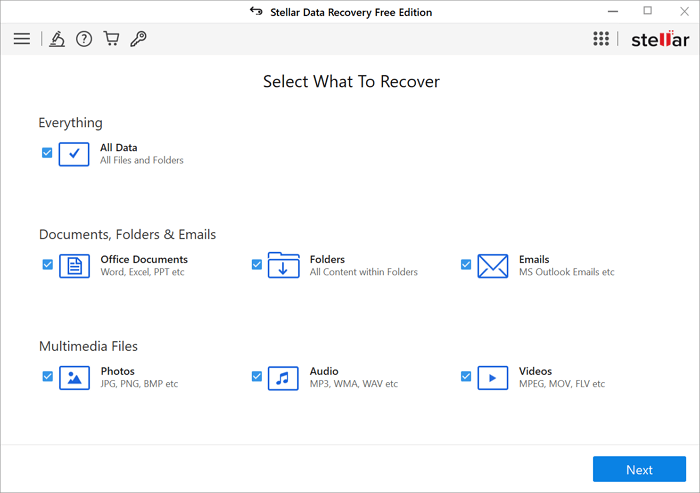 R-Studio is mainly aimed at experts who already have a working knowledge of data recovery techniques. Data files and partition design techniques are supported and damaged, or deleted partitions are handled.

R-Studio allows users to start numerous data recovery tasks simultaneously in different tabs rather than leading them through the procedure step-by-step.

You may sort retrieved data by file extensions, creation time, and other characteristics. To use the built-in hex analyzer, you may inspect the quality of a document or conduct a partial recovery.

It's a common misconception that running a hard disk recovery tool is all that's required. Not every case of data loss necessitates the use of professional-grade data recovery tools.