How to Screenshot on Snapchat Without Them Knowing

Snapchat doesn't originally allow you to screenshot someone's stories without notifying others. To avoid this matter, many possible ways are coming from the Internet, including setting phones on airplane mode, using another phone to help, etc. But do you know which method is helpful?

Here, this post shows you several effective methods to solve this snapshot notification issue. You can use these methods described below to help on how to screenshot on Snapchat without them knowing.

How to Take a Screenshot on Snapchat Without Notification on Mac

Someone will be notified when you take a snapshot of his or her Snapchat using the normal way. If you need to capture a screenshot secretly on Snapchat, the below two methods are useful.

Method One - iPhone Screen Recording on Mac to Screenshot on Snapchat

EaseUS RecExperts for Mac allows you to capture Snapchat with your iPhone or iPad on Mac. You need to make sure your Mac and iOS device are under the same Wi-Fi connection, and then open AirPlay on your iPhone. After that, you can record iPhone screen on Mac easily. In that way, you can take a screen capture on Snapchat without notification. Apart from this feature, this tool also allows various functions as followed.

Key features in this tool:

Now, there is a list of steps for you to take a snapshot of Snapchat secretly. 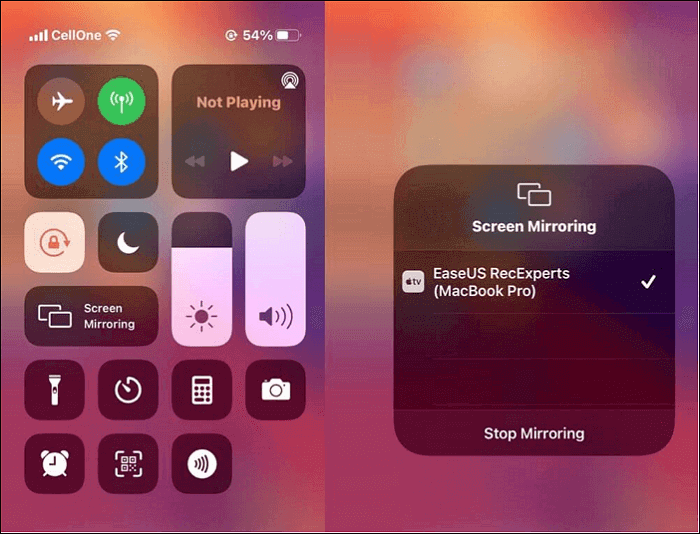 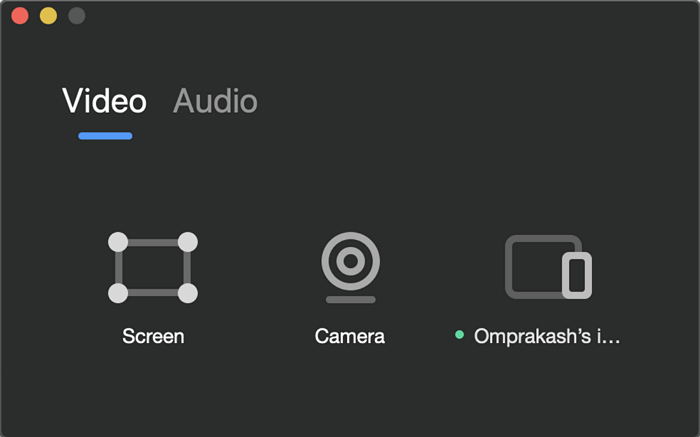 Another effective way to capture a post from Snapchat is to use QuickTime Player, which can also avoid any notification from this operation. It's a popular software within macOS that provides you with the easiest method to capture Snap. Use the "New Movie Recording" option to start your recording.

Below is a simple guide for you to follow with.

Step 1. Firstly, connect your iPhone to touch your Mac via a lightning cable.

Step 2. Open the QuickTime application on Mac, and then go to "File" and select "New Movie Recording".

Step 3. The recording window appears, and you can select your iPhone. On your iPhone, click the "Record" button to get started. After that, perform the Snapchat on your iOS device.

Step 4. Once done, tap the "Stop" button. Now, you can take an image from the saved video.

How to Take a Screenshot Without Notifying Others on iPhone

You may try to use the Airplane settings to avoid notification, but it doesn't work now as Snapchat's recent technology department has realized this issue. However, another effective way to take a Snapchat screenshot without notification on iPhone is using the alternative device. It can save you a lot of time.

Now, look at the three steps.

Step 2. Followed, start viewing the story on that device and then use the alternative phone's camera to help.

Step 3. Now, you can find the image on the alternative phone.

How to Capture a Screenshot Without Notification on Windows

Using an effective tool like AirDroid can help secretly capture a Snapchat snapshot. With this tool, you can avoid sending any notifications to others. Its mirroring feature means that you can display everything on your Android device on your PC. When viewing the device's screen on PC, you can easily take a screenshot.

This tool also supports more advanced features in its desktop platform. For example, it allows you to transfer and manage files effectively. You can also use it for your online meeting, etc. 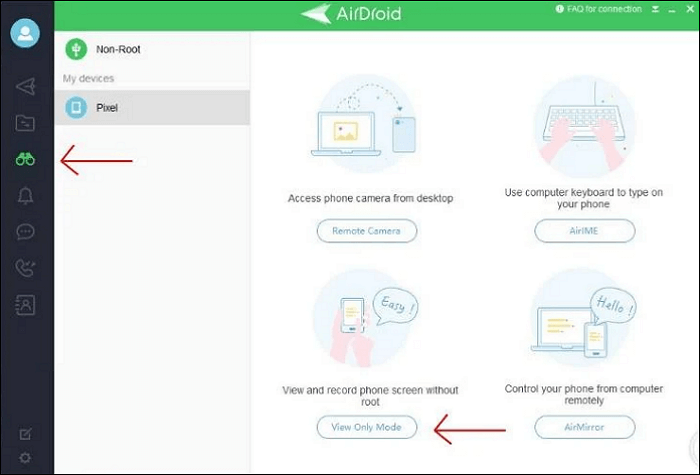 To secretly take a screenshot of Snapchat on Windows with your Android, follow the below steps.

Step 1. Download the AirDroid desktop client on your PC. You can have it on the official website. And find this app on Google Play and install it on your Android.

Step 2. Open this tool and login into your AirDroid account. On the function interface, choose "Remote Control".

Step 3. Followed, click "Screen Mirroring". Finally, you can get the screen capture easily. You can use the screenshot function that comes with your computer.

Now, you may find the most effective method to help you on how to screenshot on Snapchat without them knowing. If you are an Android user, you can use the mirror function. Also, you can try to use another phone. For iOS users, we definitely recommend you to use EaseUS RecExperts, which is a powerful tool. Try it for free!

Crystal Chen is very interested in technology products. She is focused on technical writing and solving user problems.