How to Move Windows 8/8.1 to SSD Without Reinstalling Windows and Applications

Installing a solid-state drive (SSD) is one of the best upgrades you can make to your computer, but moving your Windows 8/8.1 installation to a small drive can be tricky. Here's how to install an SSD without reinstalling Windows and applications from scratch.

What You Need to Move Windows 8/8.1 from HDD to SSD

There are a variety of ways to go about this, but we've found this to be the simplest and most reliable method. The following is what you'll need:

Guide: How to Move Windows 8/8.1 from HDD to SSD with EaseUS Todo Backup

Follow the step by step guides provided below to transfer Windows 8 from HDD to SSD in the simplest way.

 Tip
If you are trying to clone a Windows system to a new HDD or SSD disk, empty the disk in advance. One more thing that you can do is to convert your HDD/SSD disk to MBR or GPT - exact the same as your current system disk, which will allow you to effortlessly boot system after cloning Windows system.

Let's see how to clone your current Windows OS to a new HDD/SSD without reinstallation Windows OS now:

Step 1. Connect the new HDD/SSD to your PC

Select "System Clone" on the left tool panel by clicking the icon at the left top corner. 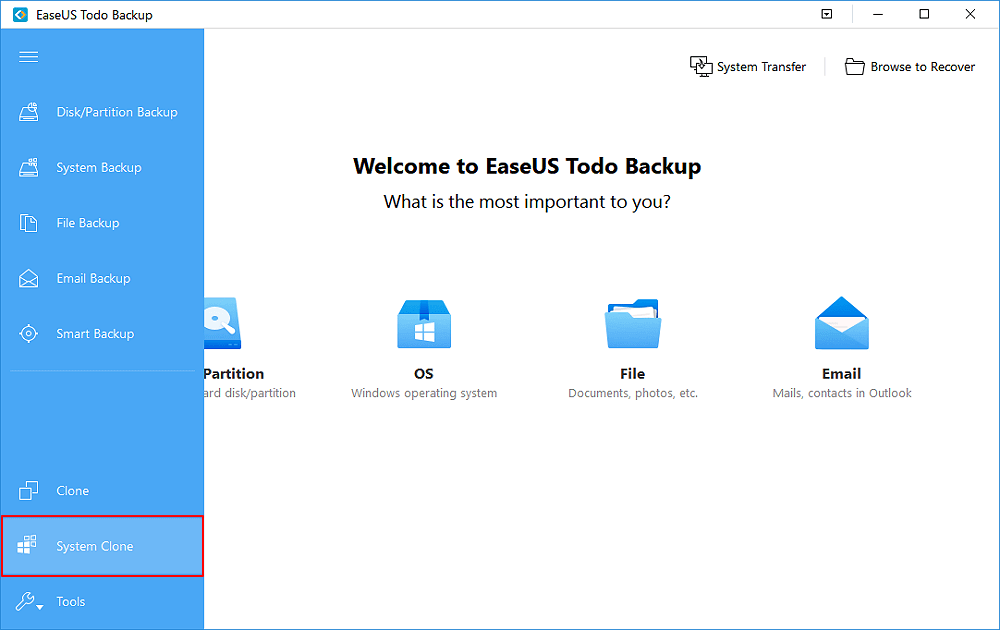 Step 3. Choose the destination disk - HDD/SSD to save Windows system

Choose the new HDD or SSD as your target disk for saving the cloned Windows system.
Then click "Proceed" to start cloning Windows system to HDD/SSD now. 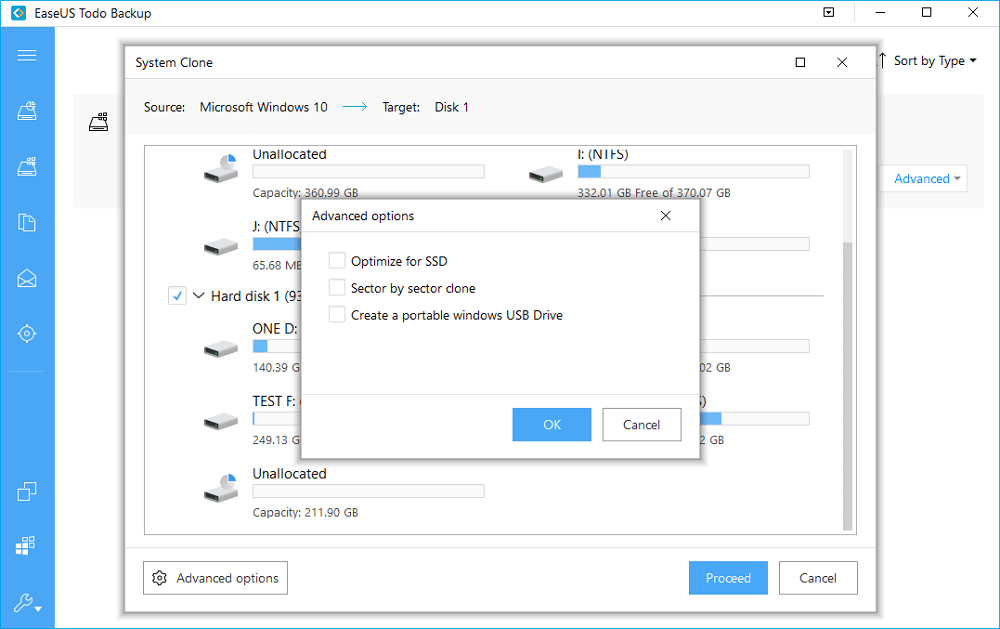 After this, insert your new HDD or SSD into your computer and reboot PC, change the boot order to set computer boot from new HDD/SSD with cloned Windows 10 system: