Known as the screen recording software on Mac, ScreenFlow provides high-quality capturing features. However, some of you might still think it lacks some powerful recording functions or the cost is too high. No matter what reason, you may want to find a ScreenFlow alternative. There are many recorders on the market, and here you know the 7 best ScreenFlow for PC and Mac. Its core functionalities are also mentioned.

Here, 7 screen recording tools are picked up for you. Look at them one by one.

EaseUS RecExperts is a good screen recording software used on Windows and Mac. The main functions provided by this software are recording the screen, audio, and webcam. For Windows users, you can use it to record videos like YouTube shows or gameplay videos. It can capture the whole screen with sound.

Also, for Mac users, you can use it to record internal sound from your app. Some software like QuickTime Player can not capture internal audio, while this internal audio recorder can make it.

In terms of the output settings, it has more options than ScreenFlow. You can change output formats for video and audio, like MP3, MP4, AVI, MKV, etc. Also, the bitrate, frame rate, and other operations can be modified.

Now, download this best ScreenFlow alternative on Windows or Mac! No registration is needed.

After installing the software on your computer, follow the below guide to learn how to record video.

How to Record Streaming Video

As an open source screen recorder, OBS can be a good alternative to ScreenFlow as well. It is functional in capturing the screen with audio. Also, OBS allows choosing sources to record. You can capture the video from the browsers or stream the video from devices like Twitch. The recorded video and audio are of good quality.

Better than ScreenFlow, OBS has more advanced settings. For example, OBS allows you to choose the output settings for streaming and recording. You can change the video bitrate, encoder, and audio bitrate. 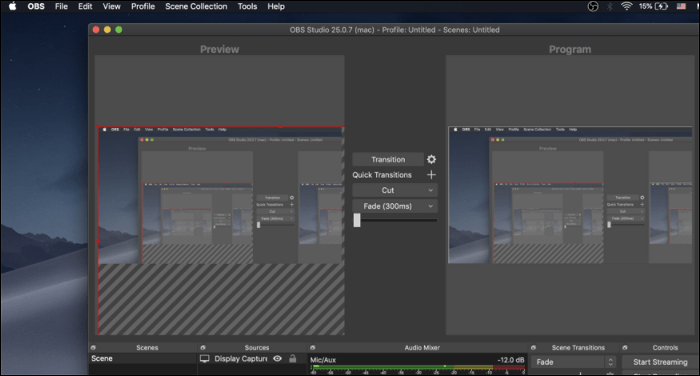 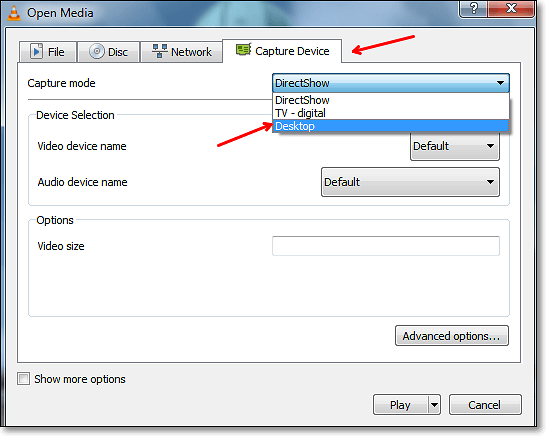 If you don't want to spend any cost on purchasing screen recording software, QuickTime Player is a good ScreenFlow alternative for Mac. As a built-in program on macOS, it helps record and play the video.

However, it allows recording internal audio only if you use a plugin. So, it is suitable for people who want to record the screen with external sound (microphone sound).

When using this screen recorder, you can record anything you like, including online classes, game videos, etc. Also, it allows adding a facecam to enhance connection, which is a helpful function for game players.

What's more, this software supports some simple editing functions to optimize your videos. 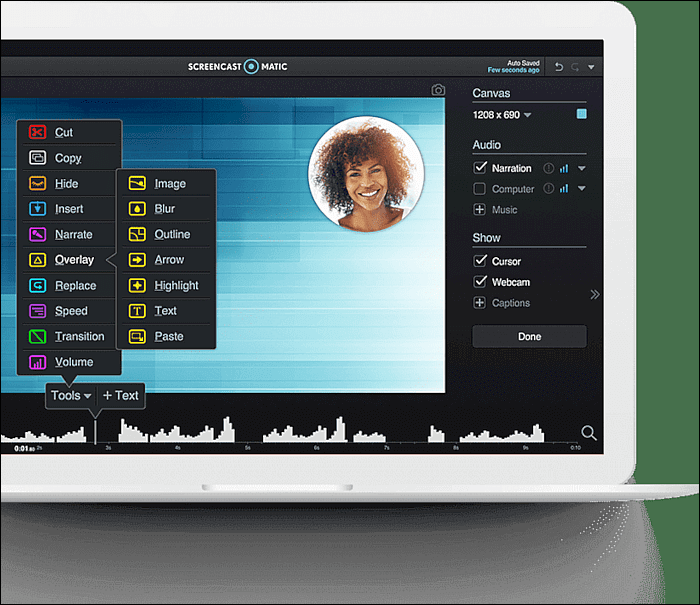 This best ScreenFlow alternative can record screen, camera, and microphone sound. Also, Loom allows recording settings for audio and webcam. You can choose external devices for webcam and microphone.

After recording, you can save the videos to the cloud and share them using a link.

As a reliable screen recorder, Movavi supports capturing all activities on the screen. Moreover, it uses schedule recording function to record your favorite video shows. You can add tasks and choose the "set time limit for recording". Then, you can enter the recording duration. 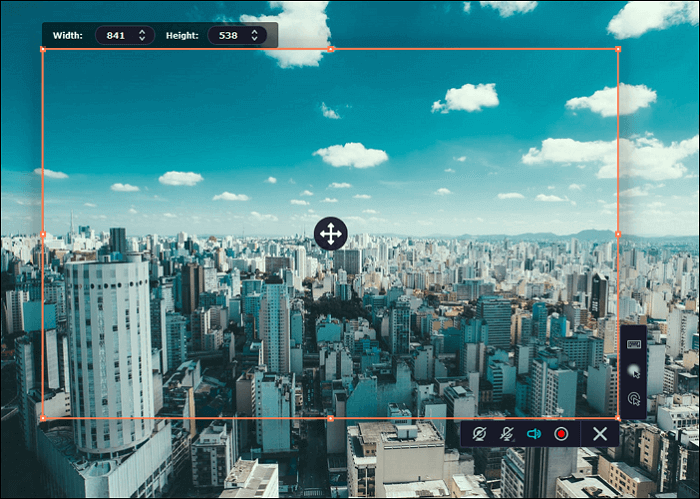 This post here introduces 7 ScreenFlow alternatives for PC and Mac. Each one has special functionalities for recording. Based on your needs, select one screencast software. For Windows users, try EaseUS RecExperts. For Mac users, you can also try this software as it allows the same functions as the Windows version.

Some related information about alternatives to ScreenFlow is listed here.

1. Is there a free alternative to ScreenFlow?

ScreenFlow is mainly used by Mac users. So, you can try QuickTime Player as it is a free screen recorder on Mac. Also, try some open source screen recording software like OBS Studio and VLC Media Player.

2. Which is better Camtasia or ScreenFlow?

Both Camtasia and ScreenFlow support recording the screen with audio. To choose one of them, you need to consider factors like budgets and the functions they support.