It's well known that Mojang Studio released the PC game Minecraft in 2011. Over the decade, this sandbox construction video game gets more popular worldwide and attracts gamers of all ages.

With the change of time, people gradually become accustomed to replacing their computers with portable devices, like smartphones or tablet PCs. To adapt to the changes in forms of entertainment, the creator of Minecraft brings up a lighter version of this game, Minecraft Pocket Edition, and it can be abbreviated as Minecraft PE or MCPE.

In the past, you can easily find Minecraft recorder software on your computer when you want to capture the gameplay and share it with your friends. But how to do that on mobile phones? Is there any screen recorder for Minecraft PE on different operating systems? This post will give you the answer.

Bonus Tips: >> How to Record Minecraft Pocket Edition on Windows

AZ Screen is a powerful and reliable Minecraft PE recorder on Android. This gameplay recorder is characterized by the high quality of its output videos. And this app runs smoothly on your Android phone so that you can record the video of Minecraft Pocket Edition with no lag.

How to record yourself playing Minecraft PE? This must be one of the most common problems among gamers, and the AZ Screen recorder offers you a competent solution to solve it. As this app supports recording the screen with a facecam, you are able to record your feelings and emotions through an overlay window. If you want to make Minecraft PE videos, this app is what you need. 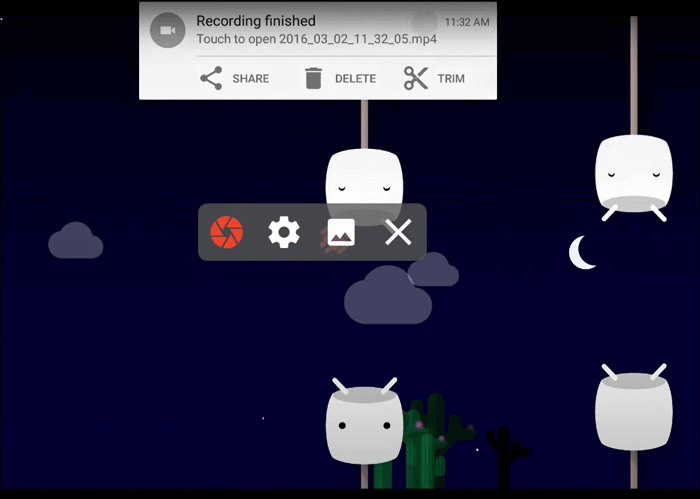 It allows you to select the quality and the bitrate of your recording freely, and you are able to create Minecraft PE gameplay videos that reach 1080P and 60 fps. Most screen recorders on mobile phones have a common drawback, i.e., they can only capture the sound from one audio source, such as only the system sound or only your voice. But this powerful Minecraft PE recording app support recording both those two types of audio simultaneously. 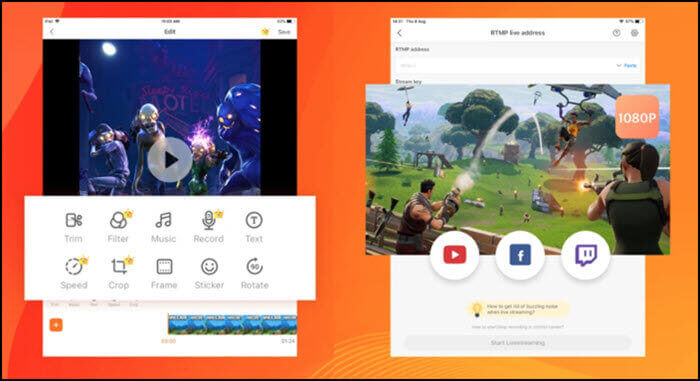 This is an easy-to-use Minecraft PE screen recorder for all levels of users. Its concise interface can guide you to capture whatever you need on the screen of your Android phone.

This is a good choice for beginners who want to make gameplay reaction videos on Android. You only need to launch this app while playing the Minecraft Pocket Edition and enable your phone's front camera to do that. Moreover, there are some tools you can use to make your reaction videos more impressive. For example, you can draw on the fly with the color you like and set your own banner with full customization.

This is an advanced and powerful screen recorder for Minecraft PE on both iPhone and Android. It offers you many features that are suitable for gamers. For instance, you can start live streaming using it on Twitch or other platforms. Like other recorders, it also helps you capture both the screen and the front camera to easily record yourself playing the gameplay.

In addition to that, this recorder is secure since all the captured videos can be only saved to your phone instead of on the serve. That is really a beneficial feature for those who require a high degree of privacy protection. 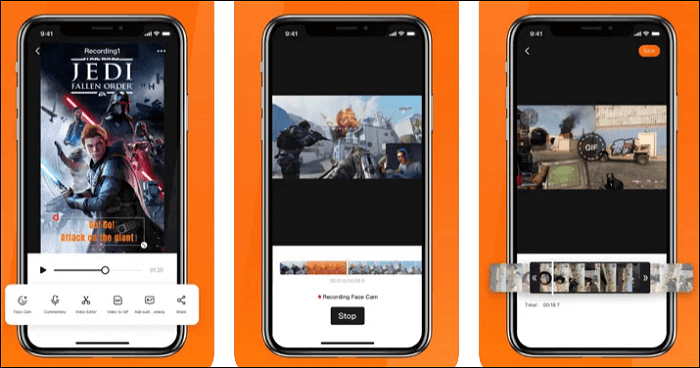 This post introduced many recording apps for Minecraft PE on portable phones, and you can select any one of them to record Minecraft gameplay on your iPhone, iPad, and Android phones. Nevertheless, some people still prefer to play the game on a computer. Imagine the scene when your friends call you to play Minecraft PE with them, but you only have a computer. How to deal with that?

Actually, you can install emulator software on your PC to play mobile games on a computer. There are enough optional emulators on the internet, such as BlueStacks, a powerful Android emulator compatible with Windows and Mac. After installing it on your Windows PC or MacBook, you can play Minecraft Pocket Editon freely.

During the game, sometimes you may want to record some interesting and memorable moments. How to do that? Unlike the screen recorders for Minecraft PE mentioned above, what you need is a rich-featured recorder that can run on Windows PC and MacBook. EaseUS RecExperts for Windows and EaseUS RecExperts for Mac can help you.

How to Record Minecraft Pocket Edition on Windows:

This part will show you the steps to record gameplay on Windows PC as an example. Before following this tutorial, don't forget to download and install this recorder on your device.

How to Record Gameplay on Mac

This post is for those who want to find a great screen recorder for Minecraft PE. You can get a list of the top 5 Minecraft PE recorders that you can use on iPhone, iPad, Android phones, and even PC/MacBook. Any of those five applications has its own virtues and shortcomings, and you can select according to your own demands.

EaseUS RecExperts must be the best choice for Windows and Mac users as it can offer you nearly all the tools you need to capture the gameplay on a PC. Don't miss this great gameplay recorder and record with it now.