Team Fortress 2 is a multiplayer first-person shooter game developed and published by Valve. It's one of the most popular online action games of all time and delivers constant free updates, including new game modes, maps, equipment. TF2 is available on Windows, Mac, and more. Different from common games, it requires a lot of the computer's performance. If your computer is slowing due to gameplay recording, you had better replace the TF2 game recorder with a best game recording software. If you want to share your impressive TF2 moments, you can use EaseUS RecExperts, OBS or other screen recorder to record and share TF2 gameplay in one stop.

How to Record TF2 Gameplay with EaseUS RecExperts

EaseUS RecExperts is one of the most versatile applications, preferred by gamers for best capturing their gameplay. It supports a special Game mode and allows you to make a lot of improvements to your video. This best game recorder can be used for both recording your game screen on TF2 and to capture your emotions, recording simultaneously your webcam. In contrast to other screen recorders, you can use EaseUS RecExperts to improve the sound (including to cancel irritating ambient noises), or to crop some parts of the video.

Let's see how to record your TF2 gameplay with EaseUS RecExperts in a few steps: 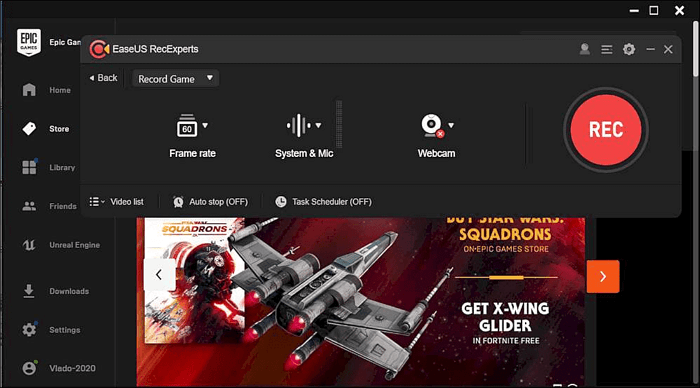 Step 2. Select the frame rate you want to record, as well Variable or Constant frame rate.

Click the red button "REC" and your recording will start. You will see a small bar, which shows the time of your record. 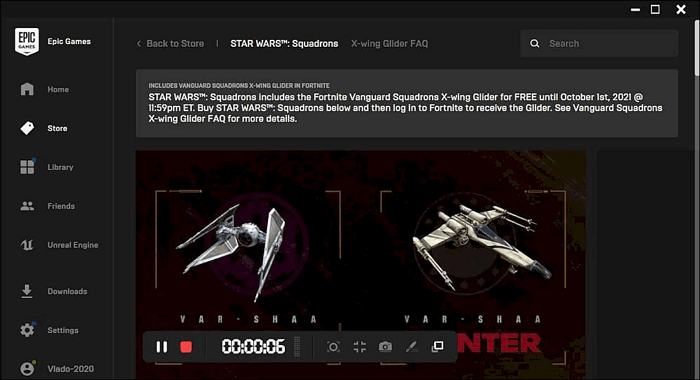 Step 3. You can choose as well the Task Scheduler, where you can define the recording area and the audio input. Also, you can define exactly the starting date and time and the duration of the record. 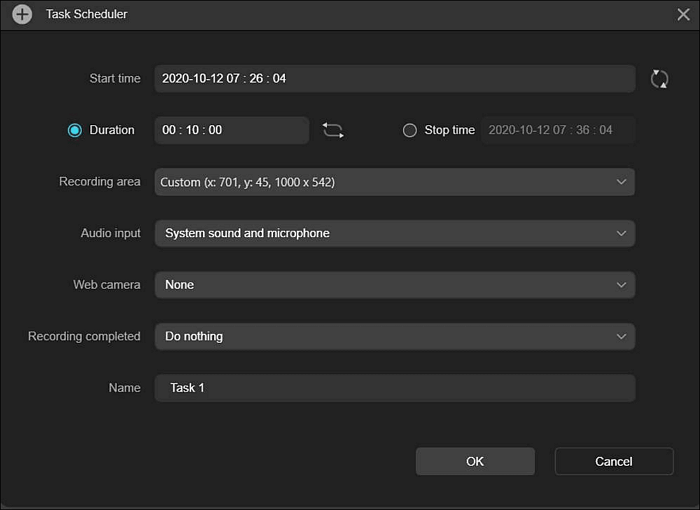 Step 4. Once done, you can edit the record footage with the built-in video editor. On the recorded video you can add Video Intro (in the demo case the title is "Demo Epic Games"). 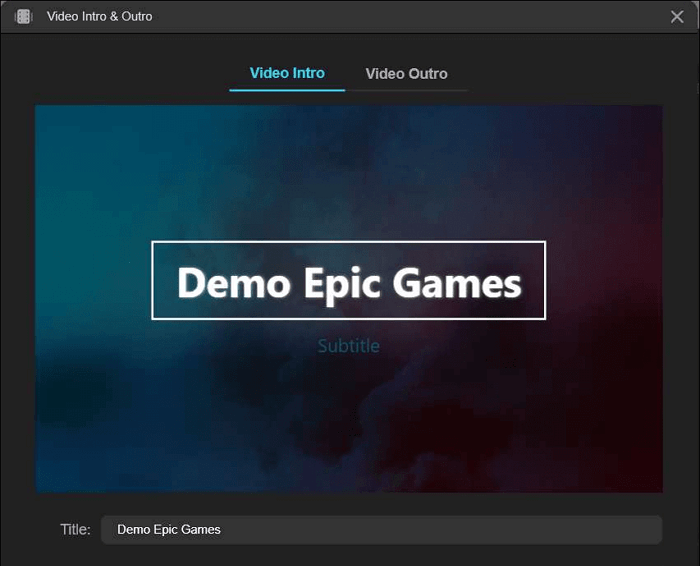 Finally, you can export the ready to use video clip in the appropriate video format. 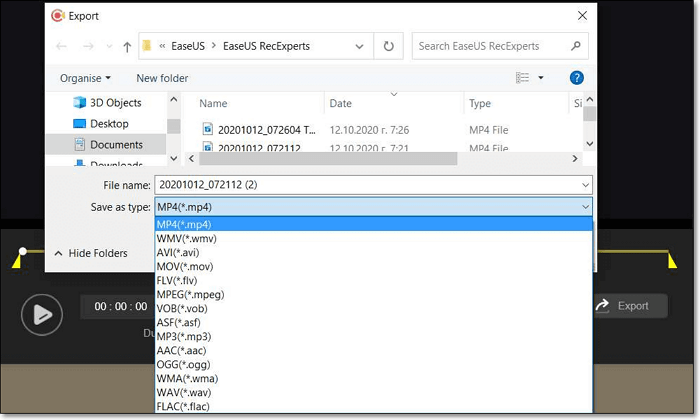 Apart from TF2, EaseUS RecExperts can help you record other popular games. Click the below button to get more information

How to Capture TF2 Clips with OBS

Open broadcaster software (also known as OBS), is one of the popular recording applications, which can be used to make high-quality recordings of your TF2 gameplay. It's capable to record the fast-paced action that this video game provides. If you're looking to record your screen or stream online, OBS Studio is a must-to-try option. This tool makes it simple to capture screencasts, record your gameplay, stream it to Twitch, and much more. OBS Studio is truly free, so you don't have to pay for any features.

Steps to record TF2 with OBS

Step 1. To start recording FT2, you have to download and install OBS Studio. 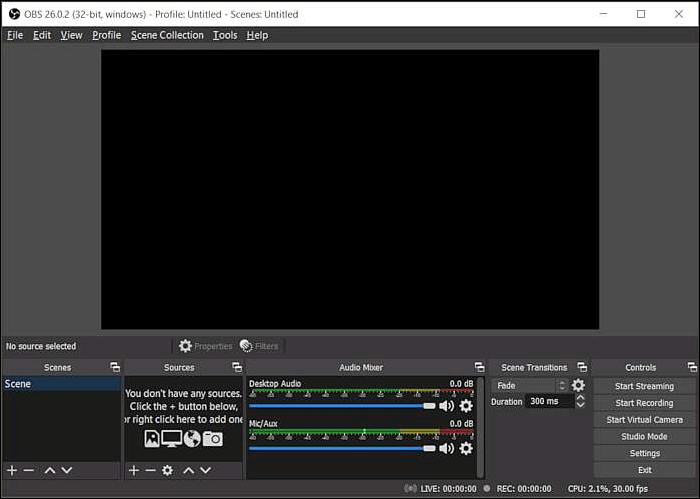 Step 2. In the bottom left corner of the application click on the box named "Scenes", where you put a recognizable name for future reference such as Game Capture. 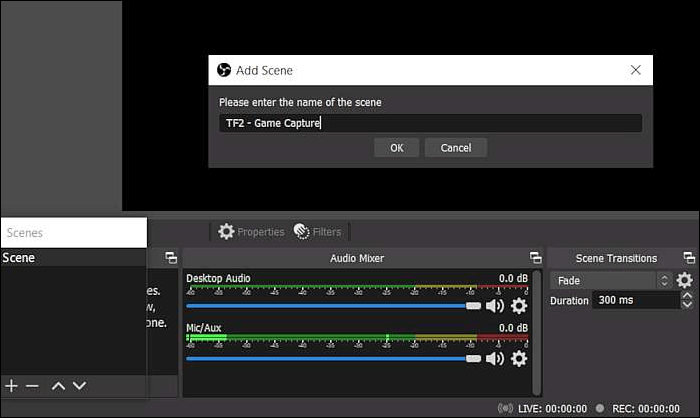 Step 3. Open the box called "Sources", and select the one titled Game Capture 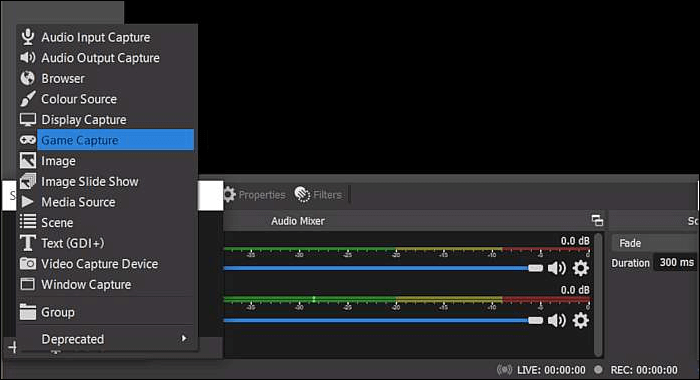 Step 4. A Properties box will appear. Click on Mode. Select either Capture Specific Window or Capture Any Fullscreen Application. If you just want to record the game, choose the former. 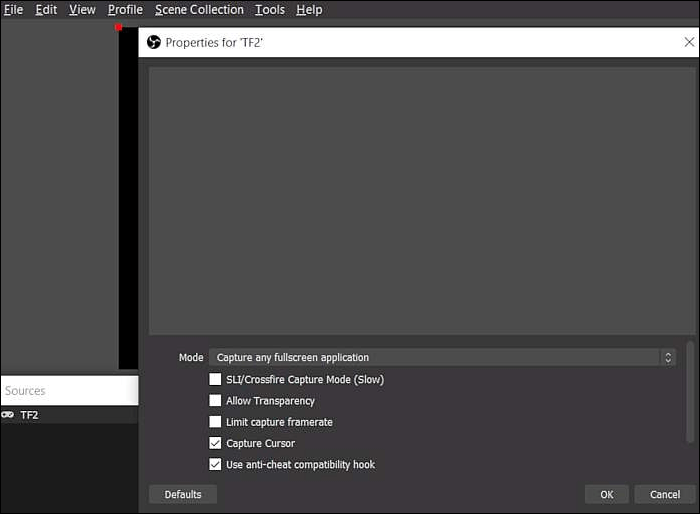 Step 5. The title of the game should appear in this dropdown menu if it's already open. If not, open the game, then return to the Properties menu to select the game in the Window dropdown. 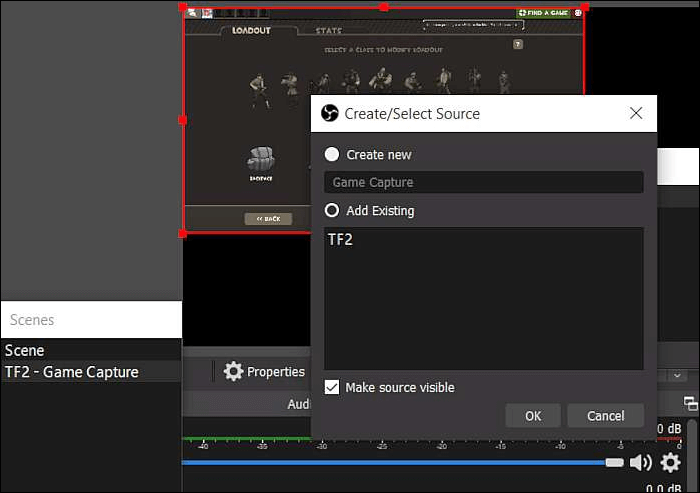 Step 6. Click OK to save your settings and exit the Properties menu. Than just hit the Start Recording button. 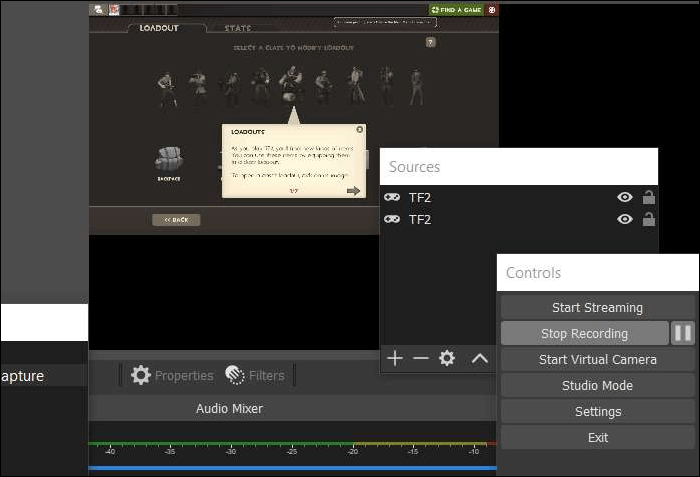 Step 7. When you click Stop Recording, OBS Studio will save your file to the directory you specified in Settings. Then you're ready to begin the editing process.

How to Record TF2 Video with Bandicam

Bandicam is a light Windows-based screen recorder, which can be easily used to record your favorite gameplay, including TF2. It supports capturing video from your entire screen and your webcam simultaneously. The app provides screen selection for recording, real-time drawing, and microphone use while recording. The developers present specific features for gamers, including an overlay of FPS for gameplay and control, so they can stream easily and faster. It's simple to use and you can record video from external devices like Xbox, PlayStation, or even IPTV.

Step 1. Please, open the Bandicam application first and then choose the Game Recording mode. It's better to use 'Game Recording' mode to get a high quality video file. 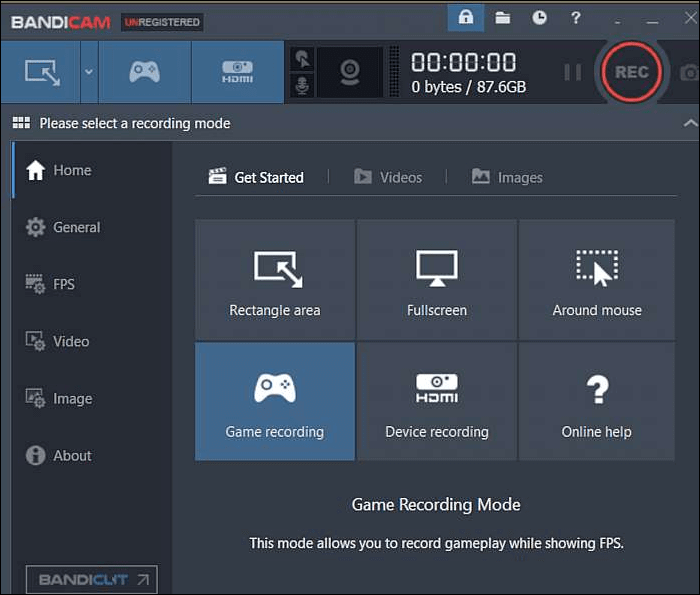 Step 3. While running a game in 'Game Recording' mode, you can see the green number on the screen. You can control the FPS (Frames per second) under the 'FPS' tab of Bandicam. 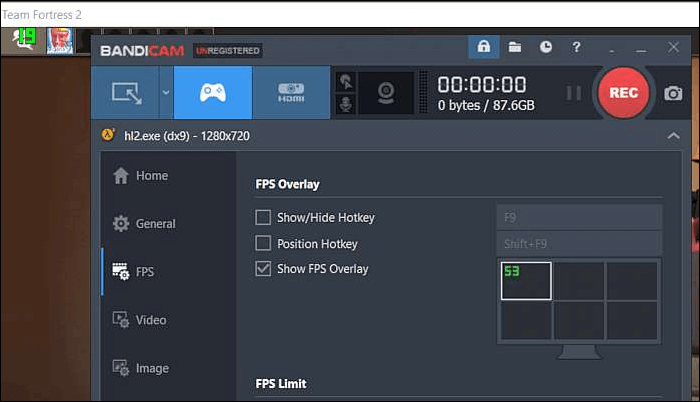 Step 4. Press the 'F12' function key (or the 'Record' button in Bandicam) to start recording. During recording, the green number (FPS) will change to red. 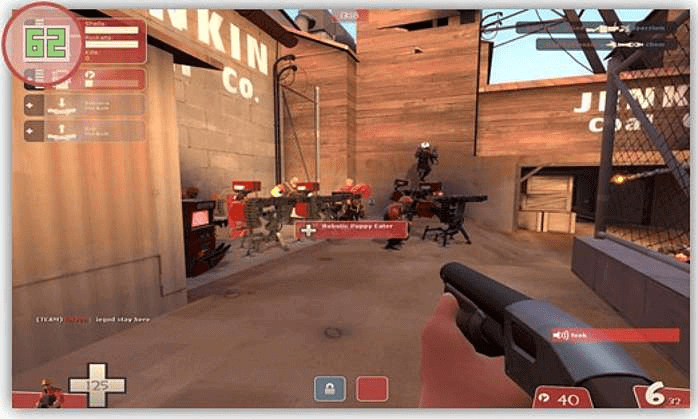 Step 5. To stop recording, press the 'F12' function key (or the 'Record' button in Bandicam) again.

There are various screen recorders on the market that allow you to easily capture your gameplay on TF2. This guide shows 3 of the appropriate applications, providing gameplay capturing with good quality and enough FPS power. OBS Studio and Bandicam work well on Windows PC and do an excellent job when you need just screen recording.

Besides these basic recording features, EaseUS RecExperts provides some editing tools. It posses functions to improve the video and/or sound, like removing background noises or adding Intro and Outro to your gameplay video. It's the best choice for gamers with Windows PC, which still are playing this old shooting title Team Fortress 2.

1. How do I record a replay in TF2?
To record replays, the player must connect to a server that has enabled the feature. A server that supports video replays can be identified by the filmstrip icon next to the server's name in the browser list. Note that replays cannot be recorded on listening to servers, i.e. local servers created through the 'Create Server' option in the main menu.

2. Is Team Fortress 2 offline?
Of course, the essence of TF2 is located in the community of different players of the in-game chat. IF you want to play offline, there aren't missions and there is no story mode, but you can always play against bots in offline mode. The bots have different levels of difficulty, which you can choose, and they can be pretty tough for a new player.

3. Where are tf2 demos saved?
By default, the demo files are stored in folder C://Program Files /x86/Steam/steamapps/common/TF2, tf. In there you will find the demos saved as whatever you named them. To play the demo, type play demo "demo name" in the console. 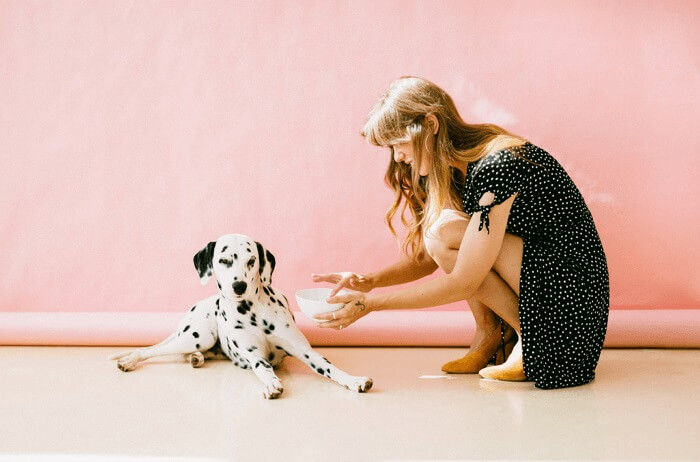 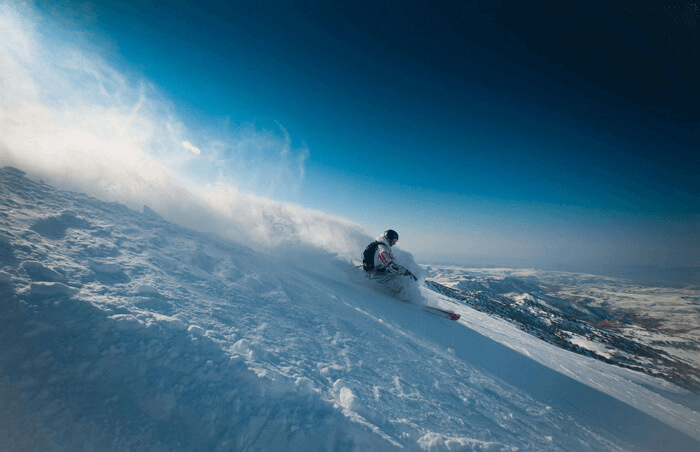 How to Record and Download Vimeo Video on Your Computer 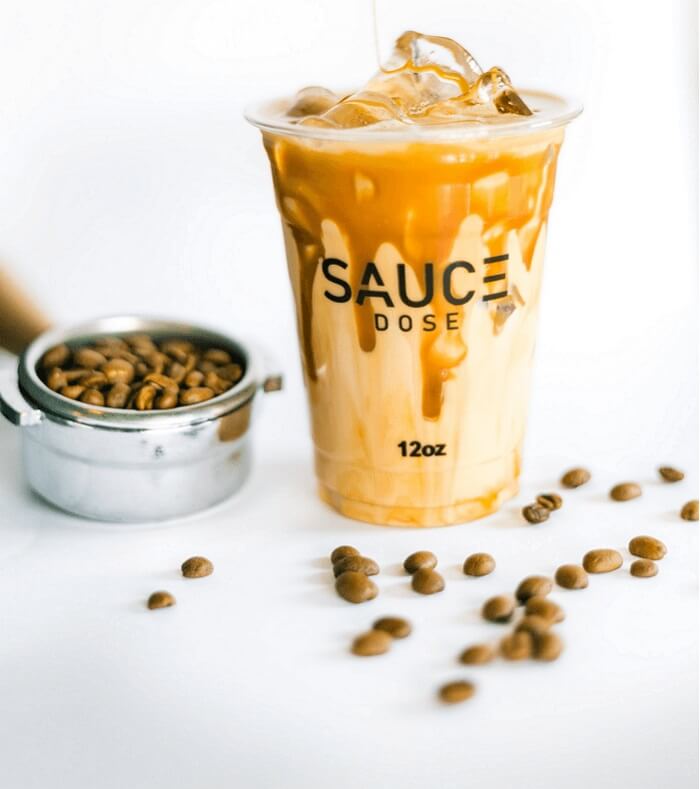