Wii U Screen Recorder: How to Record Wii U Gameplay With or Without a Capture Card

There are some reasons for you to record the Wii U games. You may share your recordings with your friends, make tutorials, or view the gameplay to find out where you went wrong. This post shows you how to record Wii U gameplay with a capture card or without it, and the best game recording software for Wii U games is shown.

How to Record Wii U Gameplay with a Capture Card

Actually, Wii U doesn't come with a built-in game recorder, so that recording gameplay becomes a question for lots of Wii U players. In this part, you learn detailed information on recording Wii U gameplay with a capture card.

1. Connect Computer with Wii U via a Capture Card

Prepare a Wii U screen recorder and some other professional recording tools, such as a capture card like Elgato HD60 S. It can capture the footage at 1080 and at 60 FPS. Get it from Amazon.

Also, you need to connect the device to your game player and computer with cables. Below is a guide.

2. Two Methods of Recording Wii U Gameplay on PC

Two game recording programs are introduced to you to capture the Wii U gameplay on PC. Before that, remember to connect Wii U to your PC with a capture card.

EaseUS RecExperts for Windows is a competent screen recorder that records gameplay by capturing the full screen or part of it. It also allows capturing system sound, the microphone audio, or both of them. Also, you can choose the output format of the video and audio.

And when an external camera is connected to your PC, it works as a powerful webcam recorder. Click the button below to have a great recording experience.

Now, follow the tutorial below on how to screen record Wii U gameplay.

How to capture Wii U gameplay with a laptop? This powerful Wii U recorder can run smoothly both on a Windows desktop computer and laptop. It's lightweight, so that you don't need to worry that it may consume too much memory of your device. Have a try and capture the gameplay on your laptop with no lag!

Method 2. Record Wii U on PC with OBS Studio

How to record Wii U gameplay for free? Another choice is using OBS Studio, which is an open-source tool designed for broadcasting live gaming, but it also works as Wii U recording software   if you want to do that.

Most screen capture programs allow configuring the quality settings, and so does OBS. Meanwhile, you need to know a rule that the higher the video quality is, the larger the video size will be. Make sure that your computer has enough storage to keep the saved video. Follow the steps below to record a Wii U gameplay.

Here is a tutorial about how to screen record on Wii U gameplay using OBS:

Step 2. Click the "Encoding" tab and enter 1000 into the Max Bitrate field.

Step 4. Check the "Use Custom Buffer Size" box and set the Buffer Size field to 0.

Step 5. Click the "Broadcast Settings" tab and select "File Output Only." This will make sure that the recorder only records the video to your computer.

Step 6. Once your recording software is configured and running, you can start playing your game.

Step 7. When you are done recording, press the hotkey again to stop. The recording will stop, and the file will be saved on your hard drive. By default, the videos will appear in the "OBS" folder in the "Videos" folder.

How to Record Wii U Gameplay Without a Capture Card

This is a simple method to record the Wii U gameplay. Some users choose this method because they don't want to buy a capture card. The Phone comes with a camera is useful. You can use your iPhone or Android device.

However, you need to realize its drawbacks, including unstable quality, limited screen size, background noises, etc. As most of the phones lack advanced screen recording features, they rarely produce high quality video. 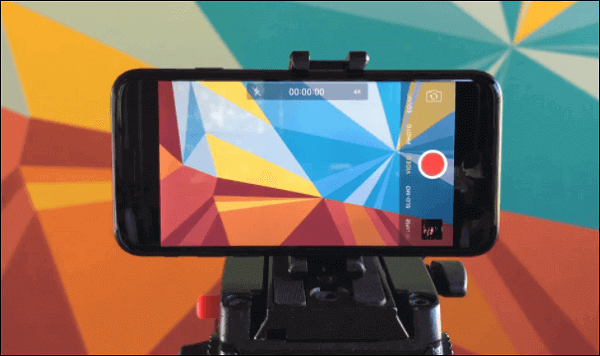 A guide for recording Wii U gameplay without a capture card, using your phone with a camera.

Step 1. Adjust your phone using a piece of auxiliary equipment. Then, customize the settings of the camera. You may need to set the focal length, video size, and filter.

Step 2. Make sure the camera can shoot a video of gameplay in the right place. Tap on the "Record" button on the phone to start recording Wii U games without a capture card.

Step 3. Click the stop button to finish capturing. Once it is ended, view the video in the "Photo" of your phone.

How to record Wii U gameplay? To create a high quality video, EaseUS RecExperts is a recommended choice since it is full-featured and easy to use. Also, remember to prepare a capture card. To capture Wii U gameplay, download this screen recorder and get started!

FAQs About Recording Wii U Gameplay & Wii U Screen Recorder

There are some other issues about recording Wii U gameplay. Look at them if you have the same questions.

1. Is there any wonderful Wii U capture card that can help record Wii U gameplay?

Yes, you can. That sounds like a difficult task, but actually, you can do that with a suitable capture card. We take Elgato HD60 S as an example, this is a great Wii U capture card, and you need also prepare other things like a computer, streaming software, USB-C to USB 3.0 cable, and an HDMI cable.

You need to connect the capture card to your PC using the USB-C to USB 3.0 cable and plug one end of the HDMI cable into the Switch Dock. Also, connect the other end of the cable to Elgato's HDMI IN port. Connect the Wii U with your computer using another HDMI cable. After that, you can download Elgato Game Capture as the streaming software. Finally, log in to your Twitch account and stream the game you are playing.

3. How to take a screenshot on Wii U?

When you want to take a screenshot on Wii U, press the Home menu button. There is one thing worth noting that you can't take screenshots during the online battles since you need to access the Home menu. You can then navigate to an image hosting site using the Internet Browser application and upload the screenshots to this site. You can find those pictures when you revisit this site on the computer.

4. How do I record on my Wii without a capture card?

Prepare a phone with a built-in camera and the Wii U game console.

1. Put the Wii U game console in front of the camera.

2. Adjust the position of the phone and game console to ensure that the camera can capture the whole screen.

3. Perform the Wii U game and start recording on your phone.