4 Easiest Ways | How to Record VR Gameplay for Stream

With an increasing number of virtual reality (VR) games available in the market, people are now moving to these games from traditional ones. When playing them, one thing you like to do is recording VR games. There are some straightforward ways to capture VR games, and this post lists four ways on how to record VR gameplay.

How to Record VR Gameplay for Stream with EaseUS RecExperts

To play a VR game, you can download the game and play it directly on a PC screen. For capturing gameplay on the screen, EaseUS RecExperts for Windows is helpful, which can record screen, webcam, and record game with audio. It deals with popular games like Nintendo Switch and League of Legends. You have options for more settings such as changing the frame rate, quality, and output format of the saved gameplay video.

Download it and start recording VR games on the PC screen. No registration is required.

How to Record VR Gameplay on PC Screen in the Simplest Way:

Here is a list of steps to show you how to record stream VR games step by step.

How to Record Gameplay on Mac?

EaseUS RecExperts for Mac is also a rich-featured recording tool. To capture VR gameplay on Mac, check more details in the above tutoria

How to Capture Steam VR Gameplay with OBS Studio

If you use Steam VR to play virtual reality games, you can use a free and open-source utility to record the game. OBS allows recording both traditional and VR games on the computer. When it comes to recording VR games, you have to modify some options in this software beforehand.

OBS has lots of features, including adding system sound, the audio from the microphone, etc. These options are pretty easy to configure, and you can get your recording in no time.

How to Record VR Gameplay for Stream using OBS Studio

Here is a list of steps on capturing VR game on Windows:

Open this program, click the "Settings" menu, and enable the "Display Mirror" option. Then, click the "Main" menu at the top and select "Both Eyes". Otherwise, it will not broadcast the content for your eyes.

Open OBS, and then click the "+" (plus) sign under "Sources" and choose "Display Capture". On the next screen, make sure "Create new" is selected and then click "OK". Choose the video source from the dropdown menu and click "OK" again. 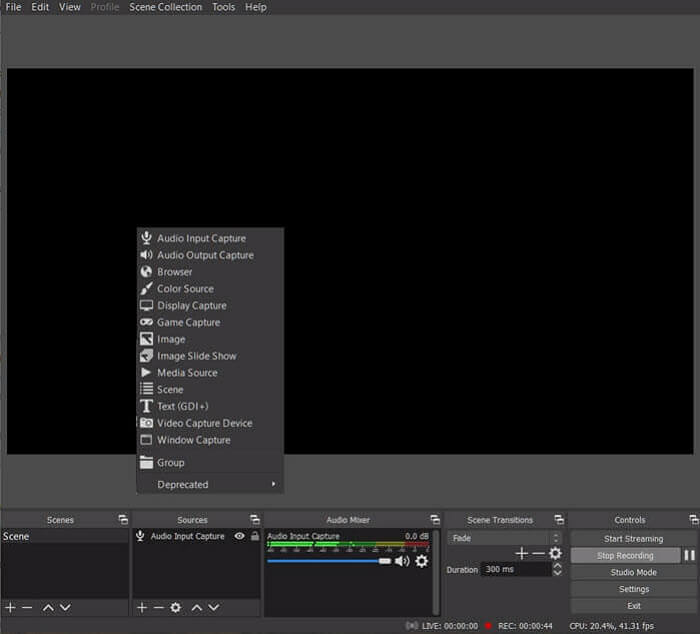 Click the "Start Recording" button on the right of the OBS interface to begin the recording. 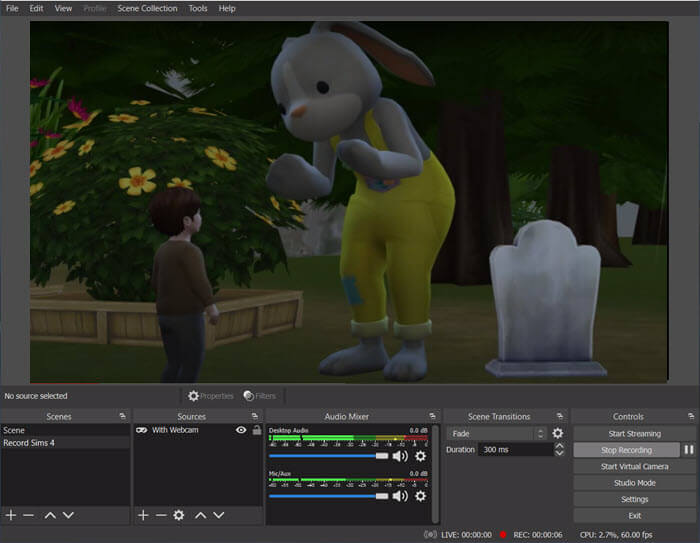 Click the "Stop Recording" option in OBS to finish the recording. Then, click the "File" menu at the top and select "Show Recordings" to view recordings made with OBS.

How to Record 360 Degree VR Gameplay on PS4

Many users prefer gaming consoles over computers. And if you use a PlayStation 4 as the VR console, try a built-in option on your console to record VR games. The PS4 system is equipped with the ability to record gameplay, and this option is pretty easy.

Since this is a pre-installed feature in the PS4 system, you can completely rely on it. It works lag-free, and you can use it for long VR game recordings. The option should be available in most of the firmware versions of PS4.

Here is a guide to show you how to apply this VR game recorder. If you are a beginner, follow the steps below.

Press the "Share" button on the PS4 controller and select the "Sharing and Broadcasts Settings" option. Select "Length of Video Clip" on the following screen to choose the default length for the recordings. 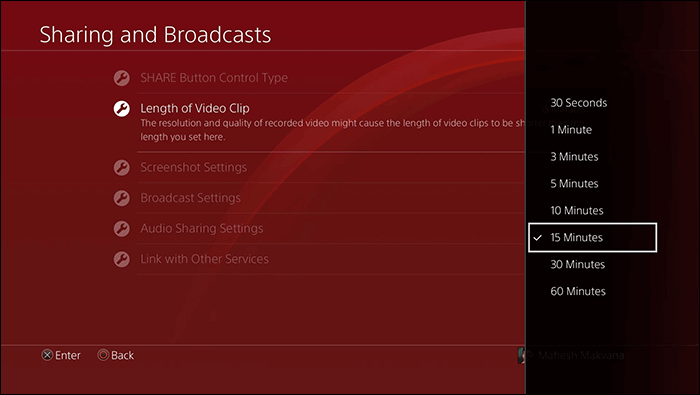 In the "Sharing and Broadcast Settings" menu, you can also add the microphone audio to the recordings. Select the "Audio Sharing Settings" option. Then, tick the option "Include Microphone Audio in Video Clips". 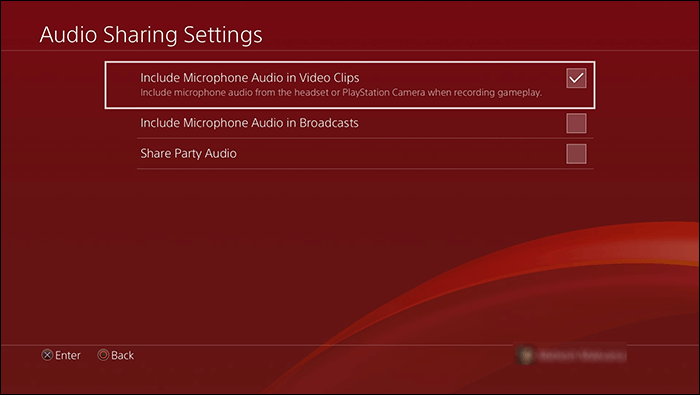 PS4 saves the game recordings in the "Capture Gallery". Access this option from the main menu. 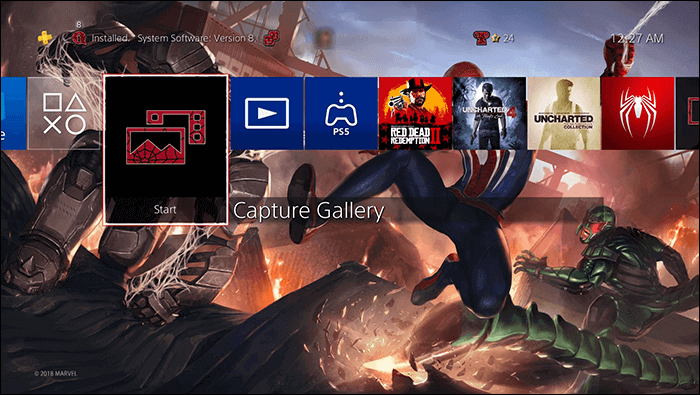 How to Record VR Gameplay for Stream with VRCapture

Steam users are in luck as there are multiple ways to record VR gameplay. One way is to record gaming sessions with Steam using VRCapture. This is an absolutely free-to-use utility that is available in the Steam store.

With this tool, you only need to press a keyboard shortcut or click an option to start the recording. It offers you custom options so that you can freely choose the default folder to save the VR game recordings. It also offers various keyboard shortcuts to make things easier and quicker.

How to Use VRCapture to Record Steam VR Gameplay:

Here we will show you how to do that.

Visit the Steam store and download and install this utility on your computer. It should not take too long to get this file downloaded.

Launch the software before you start to play the game. When you start playing the game, click the recording option to begin recording gameplay.

When you are done playing the game, click the stop recording option or press the "Ctrl + F12" shortcut key to stop recording. The tool will quickly put an end to the current game recording.

If you want to change the folder where the game recordings are saved, you can do that by clicking the settings option and specifying a new folder.

As long as you play VR games on a popular platform, the guide above would teach you how to capture VR gameplay. EaseUS RecExperts is a pretty good choice if you want to make game recordings without any hassle. You can use other VR recorders as well, such as the one for PS4 and Steam.