Firefox, as a fast and secure browser, allows many user-friendly add-ons. You can use it to watch videos, read articles, make comments on Facebook, or post on Twitter. If you want to record valuable web content such as streaming videos within the browser, you can use a Firefox screen recorder to complete the task.

This guide shows the top 8 best screen recorders for Firefox, including the extension screen recorder and offline screen capture software. You can select the right browser recorder according to your needs!

The best method to screen record Firefox videos or audios is to capture them using EaseUS RecExperts. It's a powerful but user-friendly recorder that helps capture Firefox video with only a few simple clicks. Whether you are a beginner or a professional user, you can easily find the appropriate recording tool you need on its elegant user interface.

You can use it to record full screen on Windows 10 or select a specific recording area. Those features make it very straightforward to record YouTube videos in high quality. Since this recorder supports many popular file formats, you can export the recordings in the format that fits your devices.

Step 2. Click "Full Screen" or "Region" to select the recording area on your screen. Then click on "Sound" to choose the audio sources - System sound or Microphone. 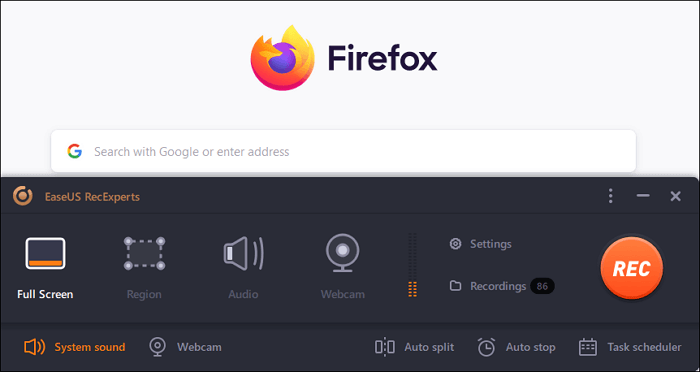 Step 3. Select the opened Firefox page (with YouTube video in this demo). Click the orange button "REC," and the program will start the recording (video and system audio). 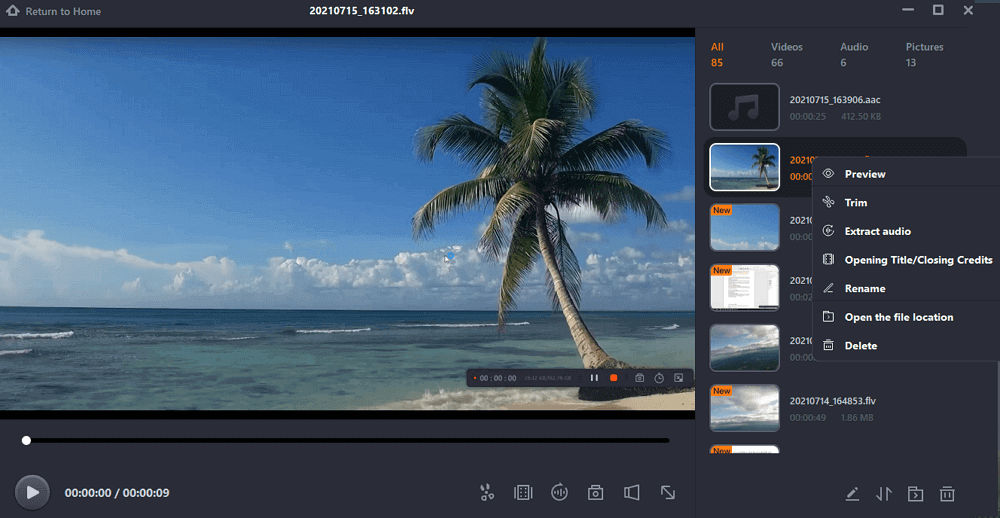 Firefox Add-ons library provides more than 6,000 extensions and more than 500 themes. Extensions can perform everything, like providing access to your Facebook account directly from the Firefox toolbar. But there are a few browser screen recorders that allow you to record your screen - Awesome Screenshot & Screen Recorder and Screen Recorder.

Screen Recorder by Alexey Kuznetsov is a 100% free screen recording extension, which is available for Firefox, Chrome, and other platforms. After adding it to your Firefox, you can start recording videos from the Browser or desktop with ease. Moreover, if you want to take a snapshot, you also can get it done within this application.

Last, you can save your recordings on the local drive or Google drive as you like. 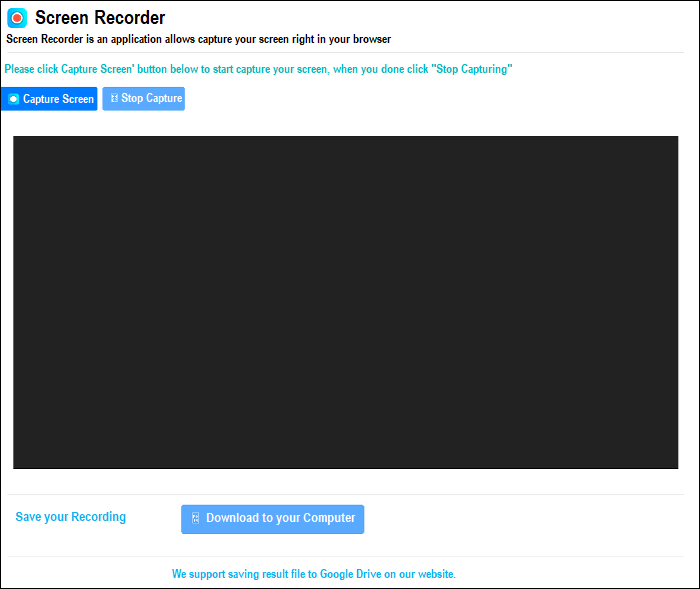 You can screen capture in Firefox, save screen recordings and screenshots to the website, and instantly share your videos and images with unique shareable links. You also can easily share a recording video to Jira, Slack, Trello, Asana, GitHub, but this is only available with a Premium account. 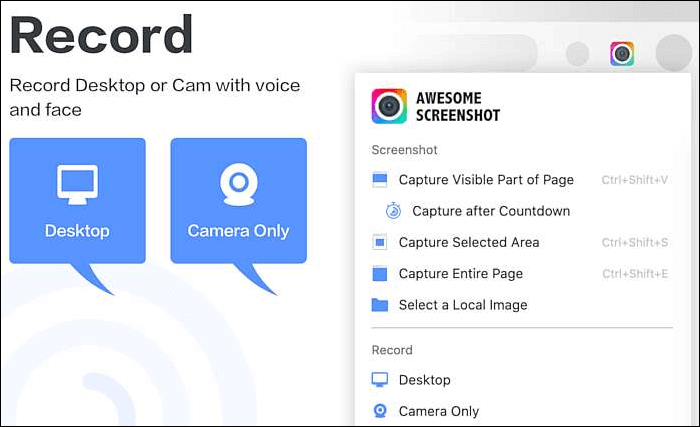 Apart from the recorder we mentioned above, some other Mozilla screen recorders are available for Windows or Mac users, such as Streamlabs OBS, Screen Recorder Pro For Win10, Dxtory, QuickTime Player, and Screencast-O-Matic.

Streamlabs OBS is a popular video recording software focused on non-professional users. It provides some integrated features and helps them to capture a whole screen or just the Firefox window.

If you sign up for Streamlabs, you will have access to many tools directly from the company's website. You can choose the sources that appear in your live stream or recorded video. There are recommended settings for those who want to record streaming video firefox, which can adjust automatically. 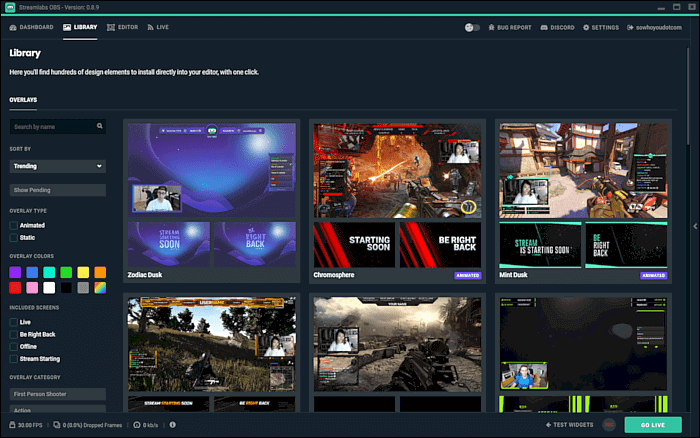 This integrated Windows 10 application enables you to capture screen, audio, and cursor movements. It allows you to record selected areas, a specific application like Firefox, the active window, and a webcam video.

It provides a screen recording tool, convenient both for novice and professional users, and enables you to save the video in multiple formats. 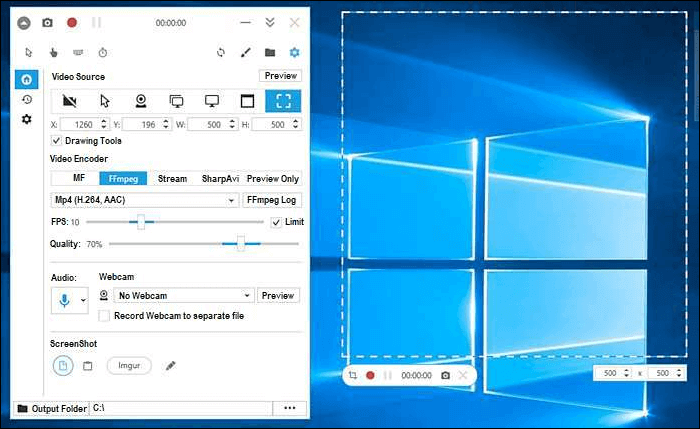 This light software is quite a diverse capture tool. It can record audio from multiple sources, support third-party video codecs and broadcast output. Before recording, you can change the setting easily with a simple interface.

Quicktime Player can be used as a screen recorder to help you screen record on Firefox. Only taking a few simple steps, you can get the recordings from the Firefox streams or some others.

Moreover, this Firefox screen recorder provides some basic editing functionalities like trimming, which means you can modify your recordings within this software. After that, you can share the recordings directly on many social platforms. 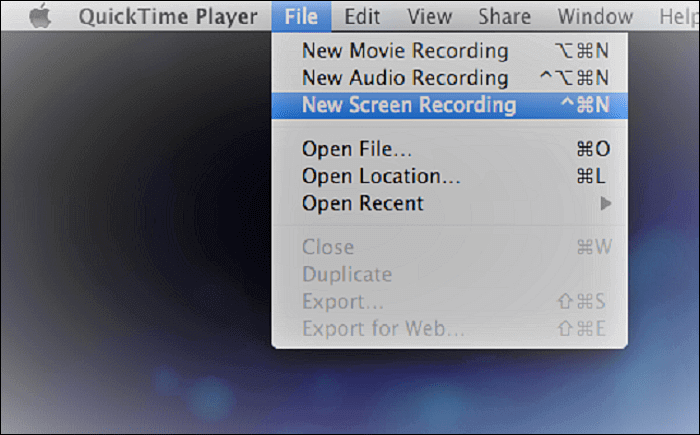 Another screen recorder for Firefox is Screencast-O-Matic. It is a good helper to capture streaming video or audio on Firefox, record webcam, or other games. Besides, while recording, it provides you tools to enhance the recordings with added text, shapes, images, animations, etc. 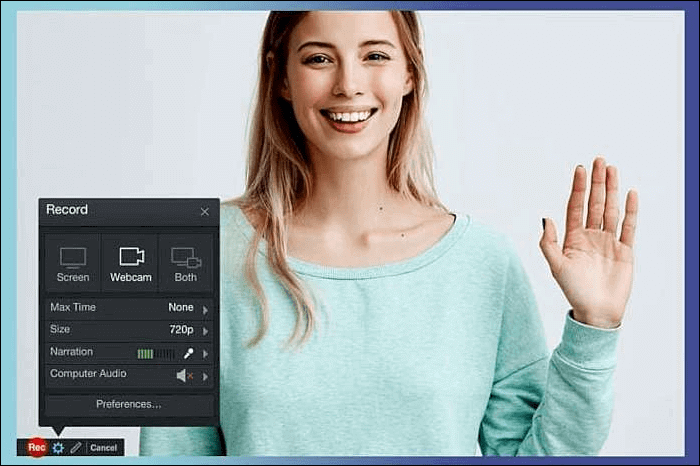 If you want to record the content when browsing websites using Firefox, you need to download a screen recorder the browser supports or use the add-ons. The add-ons have only basic functionalities, so it's better to install third-party screen-recording software.

The best choice for Windows and Mac users is EaseUS RecExperts. You can capture what you need in high quality, and it supports an amazing number of video and audio formats.

To better solve your problems, there are some answers to some common questions. Raed them to know more.

1. Which recorder is Screencastify for Firefox?

Screencastify is one of the best screen recording extensions for Chrome, but only for Google Chrome. If you want to find a useful screen recording add-on in Firefox, there are many alternatives, such as Screen Recorder by Alexey Kuznetsov.

2. What is the Firefox screenshot shortcut?

If you are using Firefox on Windows, the keyboard shortcuts for screenshots are Ctrl+Shift+S. Open the page you want to capture, and press those three buttons at the same time. If you are a Mac user, you can use the Cmd+Shift+S buttons instead.

3. How can I record my Firefox screen?

To record the Firefox screen successfully, all you need is a Firefox screen recorder. If you prefer the offline tools, you can take a look at EaseUS RecExperts, QuickTime Player, etc. But if you want to use an add-on extension, you also can find the appropriate one on this page.

4. Does Firefox have a screen recorder?