[2022] How to Stream on Twitch From Xbox One Easily

As an online platform, Twitch provides an easy method for people over the world to watch live streaming videos through the Internet. While many people would like to stream or broadcast on Twitch from Xbox, making it easier for watching gameplay videos. The process won't be a difficult task once you watched the below guide.

Here, you know how to stream on Twitch from Xbox one, without using a capture card.

Bonus Tips >> How to Record Xbox 360 Gameplay on PC/Mac

How to Stream on Twitch From Xbox - Three Tasks

This part illustrates how to stream on Twitch with Xbox One. First of all, you have to download the free Twitch app by searching it on your Xbox store. Then, make a connection before streaming.

Follow this part to see more details. If you have already installed this app, just jump into the next step.

When streaming broadcasting video from Twitch, remember to install the free Twitch app. Hold down the Xbox icon and navigate to the guide. Go to the store on your Xbox. You can see the options on the dashboard. Hit "Store" > "Apps". Download the free Twitch app by clicking the "Install" option. 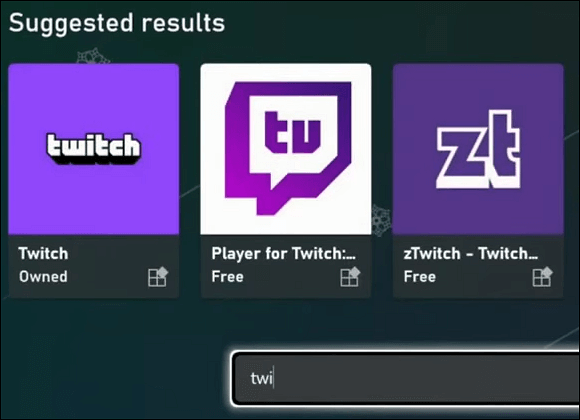 Once you have downloaded Twitch on Xbox, then the connection is needed for Twitch and Xbox. If you have done this connection before, then you don't need the 6-digit code for connecting. Otherwise, follow the below part.

Step 1. On the main interface, click the Xbox button and navigate to the guide. Select "My games & apps" > "Sell all". Choose the "Apps" option and find "Twitch" from different apps. 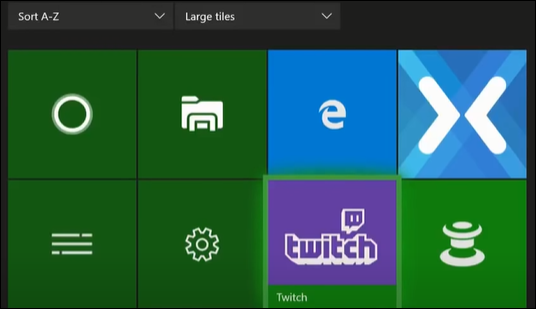 Step 3. Once you have entered the 6-digital code, you can start the Broadcast mission.

If it is your first time learning how to stream on Xbox One, then some tests should be operated. Here, you learn how the streaming settings work for the Twitch app. Find options in the Twitch sidebar.

Also, remember to perform Xbox One game for streaming as you can stream to Twitch if the game is active.

Step 1. Go to the dashboard for Xbox One when opening the Twitch app. You can see the "Broadcast" option from the lower-left side and hit it. Here you can set the Broadcast Title and Settings.

Step 2. In "Settings", you can change the username, language, microphone, and camera settings. Also, the resolution for streaming can also be adjusted. You can change its quality as well.

Step 3. Once you are satisfied with the settings, you can go back to the main broadcast menu by holding down the "B" button and then choose "Start Streaming" to start the mission. 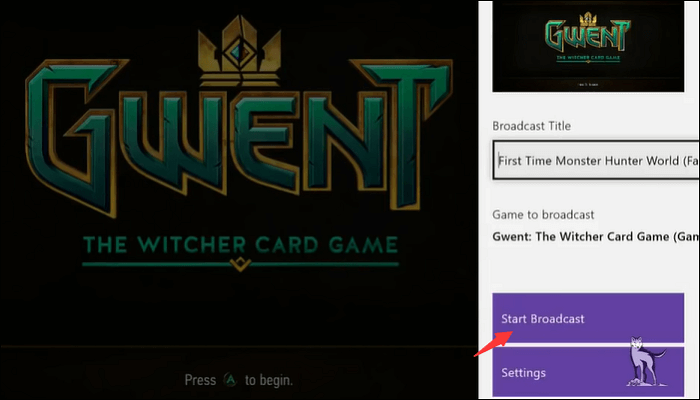 Bonus Tips: How to Record Xbox 360 Gameplay on PC/Mac

Do you want to record Xbox 360 gameplay with no time limit? If so, then the screen recording software is needed. EaseUS RecExperts is recommended to record the gameplay with audio (external/internal). Also, it can record videos showing your face. By adding an external camera, you can put your face while recording.

Not only capturing Xbox 360 gameplay, but this screen recorder can also record LoL gameplay.

Download this game recorder on Windows/Mac! Record high-quality video with no time limit.

How to Record Xbox 360 Gameplay

With simple clicks, you can record gameplay on the computer using screen recorders like EaseUS RecExperts.

FAQs About How to Stream on Twitch From Xbox

Some questions are gathered from the public. Grab some useful methods here.

1. Can I stream on Twitch from Xbox?

Yes, you are able to stream or broadcast to Twitch from the console. After connecting Xbox and Twitch app, you can hit "Settings" and then choose "Start Streaming".

These two apps are teaming up for making streaming video from your Xbox.

2. What equipment do I need to stream on Twitch Xbox One?

You only need to prepare devices like Xbox One or Xbox One X. Then, the Internet connection is also on the list. After that, you can open the app and connect these two apps.