Many people like the classic games on a PS4. And when they are playing games on a PS4, they may want to screenshot the score or the fantastic moment of their gameplay. Also, taking screenshots during PS4 gameplay can help you display or analyze the failure of a friend or a rival.

With EaseUS RecExperts, you can take a screenshot on PS4 with just one click. However, to use this tool, you need to install a PS4 emulator on your PC first. After installing, the PS4 screen will be reflected on your computer screen. And this is when you can take a screenshot. After taking the screenshot, you can edit and share it with others. Now, let's check some of its main features below.

Method 2. Take a Screenshot on PS4 with PS4 Consoles

You can save a screenshot of your gameplay by following one of the ways below.

Way 1. Press and hold the "SHARE" button on your controller.

Way 2. Press the "SHARE" button and press the triangle button.

Way 3. Press the "SHARE" button and select "Save Screenshot".

Video of the most recent 15 minutes of gameplay can be continuously and automatically recorded. Therefore, you can save a video clip of your gameplay by following the ways below.

Way 2. Press the "SHARE" button, and then select "Save Video Clip". And the recorded video will be saved.

Method 3. Take a Screenshot on the PS4 With the Share Menu

The Share menu is another tool you can use to take a screenshot on PS4. This method requires you to choose an option from a list. You may do as follows: 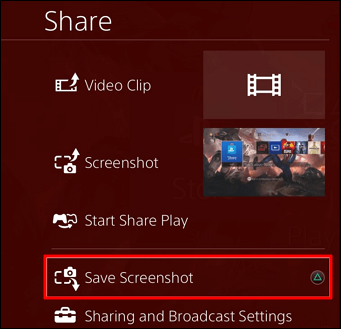 Step 1. Go to the screen that you want to take a screenshot of.

Step 3. Select the "Save Screenshot" option. And your PS4 will capture and save your screen as a picture.

How to Find Your Saved PS4 Screenshots 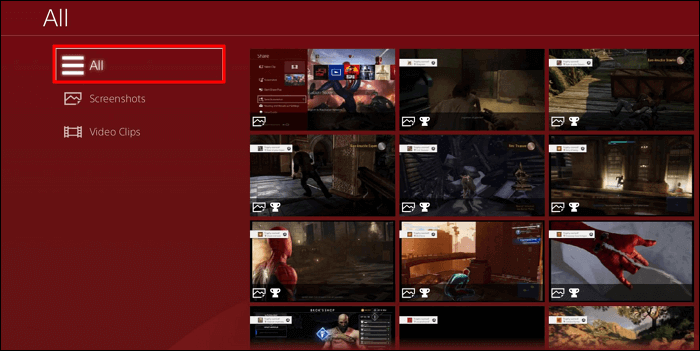 Step 1. Go to the main screen on your PS4 and select "Library".

Step 3. Select "Start" and choose "All". You'll see all the screenshots that you captured on your PS4. 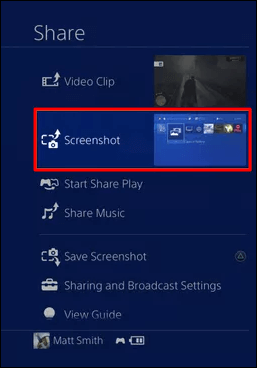 Step 1. Press the "SHARE" button on the PS4 controller. This will open the PS4's Share menu on the left side of your display.

Step 2. Select "Screenshot" and you'll face a choice of the social media platforms to which you want to share the screenshot, select Twitter.

All in all, taking a screenshot on PS4 is achievable. All you need to do is read this article and choose a way to take your screenshots. To take a high-quality screenshot or record a video of your gameplay of more than 15 minutes, we suggest you download and use EaseUS RecExperts. Give it a try on it now!