Which One is Better? Bandicam vs. OBS Studio

Windows users have numerous choices when it comes to the screen recorders for their PCs. Among all those available Windows recorders, OBS Studio and Bandicam can be considered the most popular ones, especially for video-game enthusiasts and streamers. However, those two programs are distinct from each other in many aspects, ranging from their interfaces to features.

As each of those two recorders has its specific user group, it would be better to choose from them according to your own needs and situation. First, you should know the two in detail and compare Bandicam vs. OBS from various aspects. Keep reading this post, and you will get the information you want.

What is Bandicam?
What is OBS Studio?
Comparison Between Bandicam vs. OBS
Editor's Choice: Best Screen Recorder for Beginners

Bandicam is a screen recorder that is only compatible with Windows operating system now. As it's robust and lightweight, Bandicam will not slow down the performance of your PC when capturing the gameplay. There are also other features that make this recorder the best choice for video-game recording.

For instance, Bandicam is able to compress the recordings along with capturing your screen, and you don't even have to worry about the quality loss as Bandicam will keep it in the original resolution to the fullest extent. 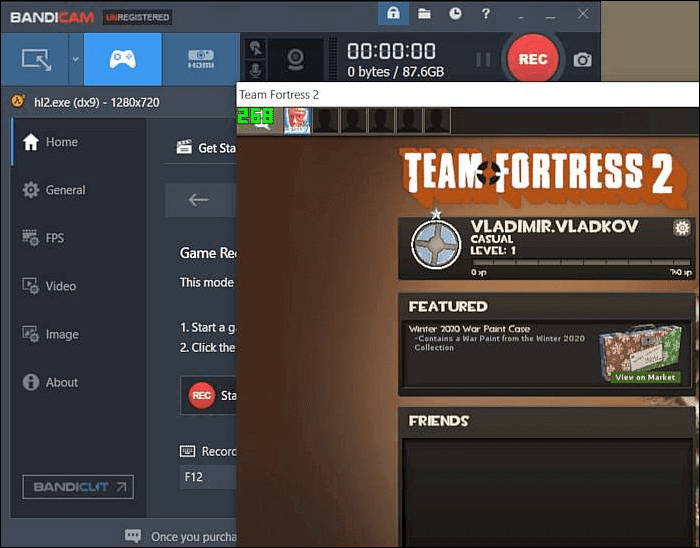 More tools are available for recording other types of videos. If teachers want to record tutorial videos to guide students solve problems, they usually need to draw some lines or highlight some text. Most screen recording software on the market doesn't support those tools, but Bandicam allows you to draw on the screen while capturing the screen.

What is OBS Studio?

OBS is the abbreviation of Open Broadcaster Software, and it's famous all around the world as it can not only record the screen but also broadcast live streams on various platforms, like Twitch, YouTube, etc.

OBS Studio is trusted by many users, especially some professional content creators. This multi-functional software offers advanced tools that you can never find in other screen recorders. For example, the audio mixing function helps you record audio files from many sources and mix them up. 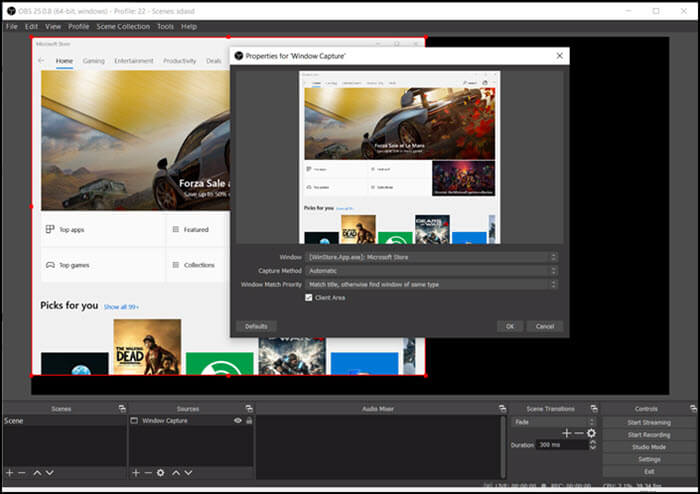 Similarly, you can also set the video source with simple clicks so that you can capture the gameplay window or everything on your screen.

Comparison Between Bandicam vs. OBS

As mentioned above, those two recorders have different advantages and disadvantages. This part will compare them two from 5 aspects, and the comparison may help you choose the most suitable recorder.

The interface of Bandicam is straightforward, and everyone can find the tools to capture what they want to save. On the contrary, although the interface of OBS Studio is adjustable and users can decide the layout freely, the options it offers seem to be unfamiliar for most people.

When using Bandicam, you can adjust the video source to capture the whole screen or record only part of the screen. But you have to decide the video source before recording, and it doesn't support switching to another source during the recording. However, OBS allows you to set up numerous sources and switch between them.

As an open-source program, OBS Studio is free, while the price of the 1-PC License for Bandicam is $39.95.

OBS Studio is a very suitable program for broadcasting, and you only need to select the platform and enter the stream key correspondingly. Then, OBS will transmit the streaming to that platform. However, Bandicam is merely a recording app that captures video, audio, and your webcam.

Bandicam offers you some tools to draw on your screen. Its real-time drawing tool helps you add lines, circles, and numbers to annotate the content on your screen. But OBS doesn't offer you this tool.

Both Bandicam and OBS Studio are helpful, but other recorders offer you more tools related to capturing screens. Among all those available apps, EaseUS RecExperts is the most notable one. One of the most distinguished features of this recorder is the auto-split and auto-end function. And you can set a specific time duration or a certain file size as the cut-off point. Once the recording reaches the duration or the size, the capturing process will be ended automatically, and the recorder will start a new recording.

Moreover, the quality of the output video can be up to 4K and 60 fps, so it's the optimal choice for those who want to get high-resolution videos. Additionally, it supports various output formats, including video, audio, as well as image formats. Whether you need to capture video, audio, or webcam, EaseUS RecExperts will help you do that without any hassle.