What is Wi-Fi? Learn and Get How Does It Work?

What's the Full Name of Wi-Fi? What Does It Stand for?
Why Is It Called Wi-Fi?
How Does Wi-Fi Work?
How Is Wi-Fi Used?

Sometimes you marvel at how emails and other online content get to your internet-enabled device in real-time. This is not without the functionality of Wi-Fi. Do you also know that Wi-Fi is an abbreviation?

This article will enlighten you about what Wi-Fi is, how it works and how it can be used. Let's begin by looking into what Wi-Fi stand for.

What's the Full Name of Wi-Fi? What Does It Stand for?

If you are familiar with Local Area Network (LAN), you must think of Wi-Fi as a Wireless LAN (WLAN). Wi-Fi stands for Wireless Fidelity, a technology responsible for giving internet access to all IT devices (such as mobile phones, computers, laptops, game consoles, and smart TVs) internet access.

Wi-Fi is not synonymous with the internet; it is not your internet but only gives access to it. Wi-Fi is an advanced digital radio with frequencies between 2GHz and 5GHz (GHz- Gigahertz), unlike your car stereo, which receives frequencies in Megahertz and Kilohertz range.

With Wi-Fi technology, social media, Bluetooth, and real-time streaming are possible. Whenever you connect to the Wi-Fi, you are connected to a wireless router and given internet access to your Wi-Fi-enabled device.

The latest Wi-Fi technology is Wi-Fi 6, and it comes with the following outstanding features:

Why Is It Called Wi-Fi?

It all started with an Australian Scientist named John O'Sullivan. He started developing a radio wave identification and filtering tool with his team to prove one of Stephen Hawking's theories correct. Eventually, the tool they created did not help them prove what they wanted.

Moving on, John started working for Commonwealth Scientific and Industrial Research Organization (CSIRO) to find how computers could communicate wirelessly. Going back to his failed work, with some modifications, Wi-Fi was invented by accident.

Ethernet and Wi-Fi's history can be traced to the wireless network created in 1971 called ALOHAnet. Then fast forward to 1991, NCR Corporation and AT&T developed the predecessor to Wi-Fi (WaveLAN) to link cash registers. IEEE later created the standard 802.11 everyone now knows as Wi-Fi.

After the 802.11, Phil Belanger, a pioneer member of the Wi-Fi Alliance (a trade organization for the Wi-Fi trademark), conceded that the name 'Wi-Fi' from the tag line "The Standard for Wireless Fidelity" was one of the options provided by the marketing agency employed.

How Does Wi-Fi Work?

It works like bidirectional radio communication, which first translates and transmits data using an antenna. Then, the wireless router receives and decodes the signal, which sends the information to the internet.

Wi-Fi works using the connection established by a modem to a wireless router or wireless gateway (a combination of modem and wireless router). These devices are your wireless access point, the hub that generates your signals and allows your device to connect to the internet.

Today, most routers are Wi-Fi 5 and 6 enabled and can work on two frequencies simultaneously, leading to faster speed and reliable signals. 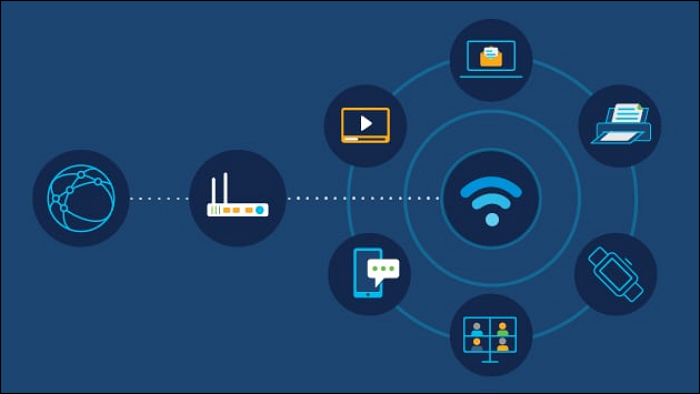 How Is Wi-Fi Used?

Having known how Wi-Fi works, let's look at some of the ways Wi-Fi is benefiting the world today.

Not many people know what Wi-Fi stands for or the history behind it. This article has looked into the basics of Wi-Fi, how it works, its benefits, and why it is called Wi-Fi.