What is RTOS?
What Does RTOS Do?
5 Benefits of RTOS

Specific tasks require specific sets of operating systems. These systems act within a certain protocol to get things done and produce tasks of immense productivity. They also ensure thorough connectivity between devices, the main frame, and humans.

But, most of these operating systems rely on a scheduled time frame. And that's why RTOS, or Real-Time Operating System is abuzz nowadays. So, what exactly is it? How does it work, and what are its benefits of it? Let's find out. 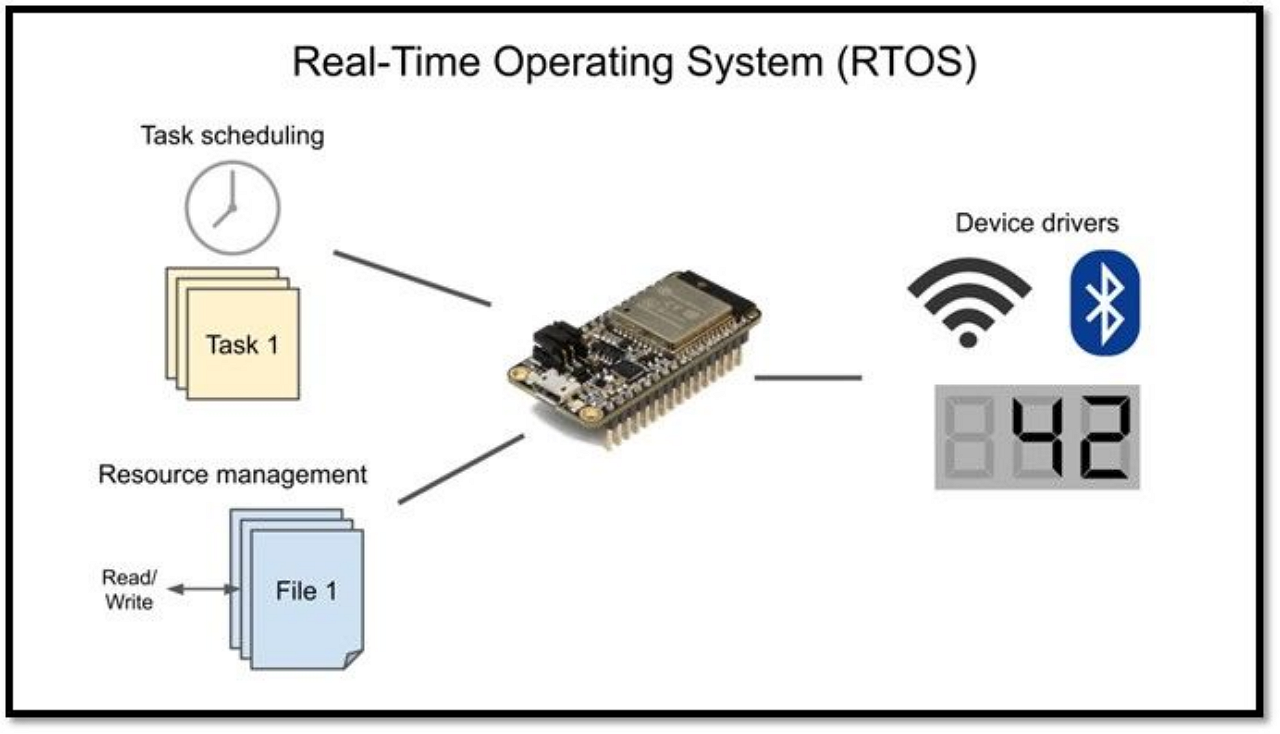 A real-time operating system (RTOS) is a software system that provides the necessary hard real-time computing capabilities, and it does so in an embedded environment. The RTOS is used for controlling devices that require timing synchronization with their environment or with other devices.

The RTOS can be seen as a specialized operating system designed for use in embedded systems, which are either too small or too critical to be effectively managed by general-purpose operating systems. The reason behind RTOS making is to ensure the execution of tasks riddled by time constraints.

So, rather than a full operating system giving the total command to the user, RTOS acts as a scheduled task, which fires up the required tasks at given times. That's why RTOS's tasks are fully comprehended, bound within protocols, and kept to a minimum.

What Does RTOS Do?

The primary protocol prevents RTOS from doing anything out of the ordinary. So, the tasks committed by RTOS are usually coded or embedded in the system. However, all of these tasks work within certain defined principles, which include:

These factors make RTOS a feasible solution for corporations, industries, and organizations. Since it works with a certain protocol and ensures the timely execution of tasks, it allows the user to schedule tasks without thinking twice.

There are plenty of benefits of RTOS. It's not only a scheduled task maker but also ensures saving a lot of time. That's why it's preferred by organizations and industries around the globe. That's why there are very accommodating advantages of RTOS, such as:

And these advantages make it a priority for many organizations and serve it as a feasible solution.

These are some of the key things to understand about RTOS. It's not only a key operating system for industries but for companies that need to continue working efficiently while saving a lot of time.