How Does CIFS Work?
CIFS Protocol Features
CIFS vs. NFS
CIFS vs. SMB

CIFS stands for Common Internet File System, a protocol used for file sharing across multiple platforms. This protocol is used on Windows operating systems to give access to clients for file sharing and printing services. By providing file access, clients can open, read, and edit the documents, which will be automatically saved on local computers.

Furthermore, clients can also cache data through this protocol to enhance the performance of their networks. Moreover, when a user or a specific client modifies a file, the server provides instant notifications. 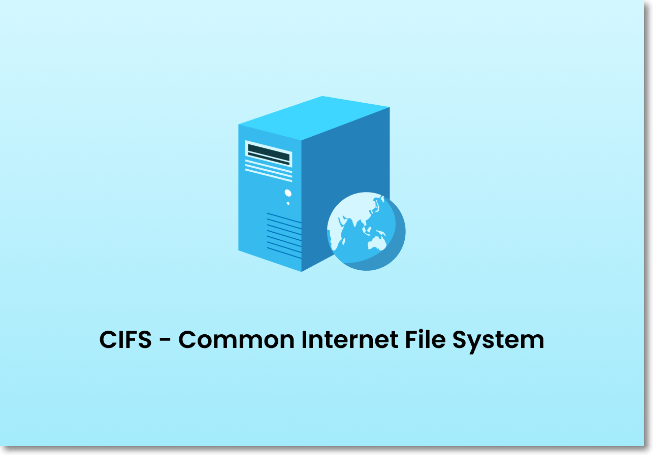 How Does CIFS Work?

CIFS follows the client-server model, which involves three main entities: a client, an application, and the server. Using this model, a client can utilize the services provided by the CIFS protocol. The functionality of CIFS is described below:

1. In the initial process, the client sends a request to the server to begin the operation.

2. After receiving the request, the server fulfills it following the required protocols.

3. Once the request is completed, the server responds to the client.

CIFS protocol has various capabilities to facilitate file sharing and other services to the clients. To learn about the key features of the CIFS protocol, check the following points:

Are you looking for the main differences between CIFS vs. SMB? Here is the well-structured table for your convenience.