What is Read-Only Memory? Definition and Types

What Is Read Only Memory?

Memory is a vital part of the computer system to store data temporarily or permanently. There are two types of memories in a computer, RAM and ROM.

ROM is known as Read-Only memory, and we also called Non-volatile Memory. It is non-volatile memory, as it retains information when you turn off your computer or shut it down. In short, the data stored in ROM is stable, and we use it to store static programs and files with a persistent storage goal. Even when the power is turned off, the information (pattern) remains in the unit. 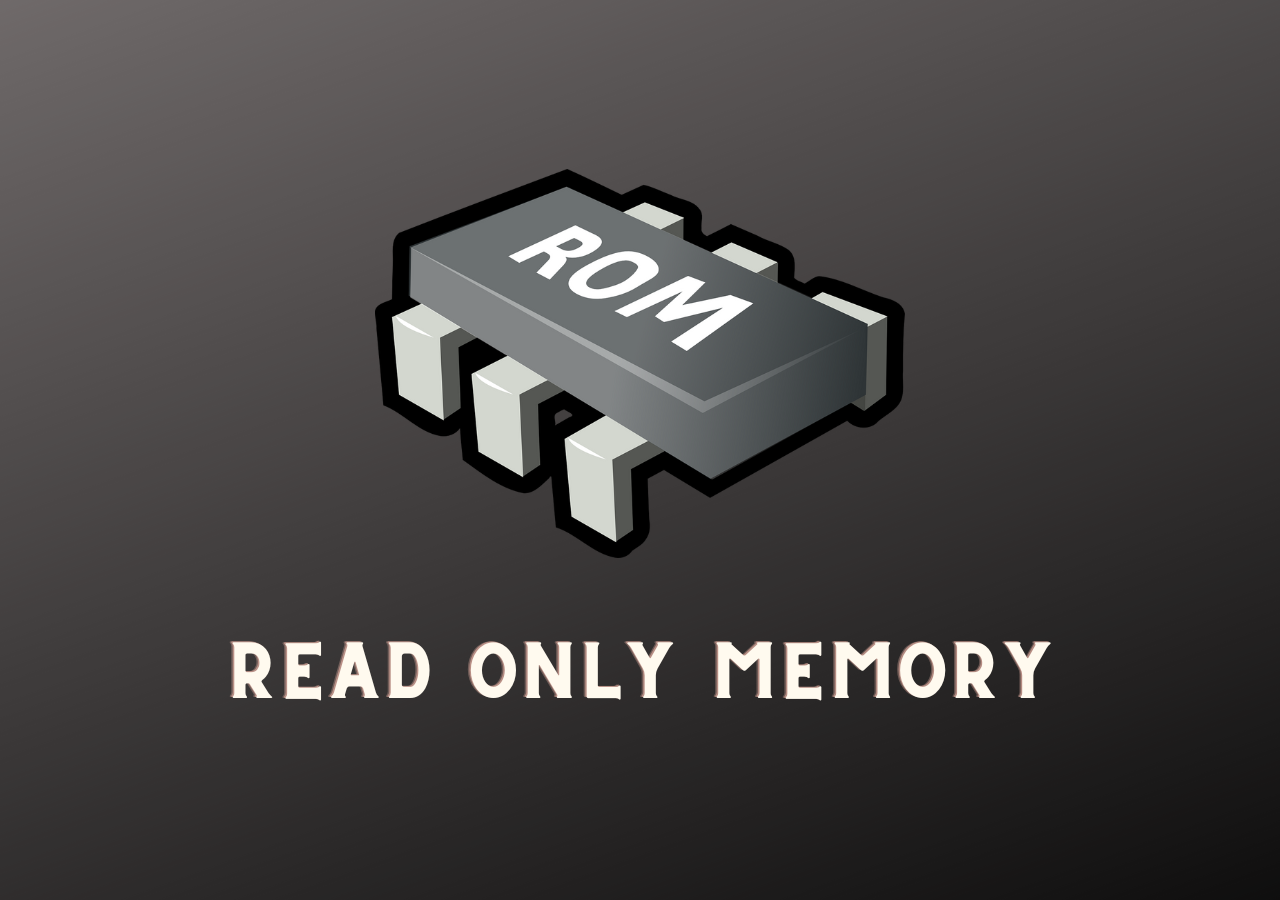 Along with random access memory (RAM), it serves as the computer's primary memory unit. Don't confuse these two terms, there are several differences between ROM and RAM. ROM is a solid-state semiconductor memory and is used to operate the system by reading the pre-stored data. As the name refers to read-only memory, we cannot change the data or programme stored in it.

It is also the primary memory unit of the computer. ROM contain a binary programming format in which a specific piece of information can be stored that helps the computer to start up and regenerate the information each time it turns on. Furthermore, ROMs handle large amounts of input and output and protect programs or software instructions. No one can erase the data in a ROM chip because it is written after manufacture.

Types of Read Only Memory

The oldest type of ROM is the Solid-state ROM, also known as Masked ROM (MROM). This type of ROM is fixed and programmed into a chip form which we have to physically replace from the computer to change or update the content.

The types of ROM have changed with time, and there are four types of ROM. Let's discuss all the types briefly.

As we have already discussed above, Masked Read-Only Memory (MROM) is the oldest type of ROM. It is outdated for this digital world and is not used these days. Its name means "mask", which means the elements of an integrated circuit of a thin electronic chip covered with opaque plates for data operation called photomask. It represents a sort of intellectual property protection, where the integrated circuit manufacturer is the only one permitted to reproduce the product through mask work, also known as photolithography.

In short, it is a memory chip where content and programs are stored during manufacturing. No one can reprogramme and modify its data later. People use masked ROMs to keep the final codes of projects because it remains there forever, and no one can erase their data. MROM can store data during the lack of power sources.

PROM is the blank version of ROM that can be modified once by a user. The manufacturers keep it blank to enable users to store their desired content or programs at once using a tool called a programmer or PROM burner. It is designed by Wen Tsing Chow in 1956 and used in video game consoles, mobile phones, microcontrollers, HDMI, and many other automotive creations.

This type of ROM enables users to program and add the data according to their needs. However, they cannot make changes in the data once the ROM is programmed. Thus, PROM is also known as a one-time programmable device.

PROM is a kind of digital memory. It is also known as FPROM (field programmable read-only memory. These days PROM has been replaced by other versions of ROMs like EPROM and EEPROM.

EPROM is a type of PROM that can be reprogramed and erased several times. It is a specific type of memory also known as EROM. We can store the data in EPROM which can be erased by exposing it to ultraviolet light. To do so, you need a device called a PROM programmer or PROM burner.

You have to pass the ultraviolet light for around 30 to 40 minutes to erase the data. It is used in microcontrollers, and reprogrammed of it is limited.

George Perlegos designed the EEPROM in 1978 at Intel. It is a non-volatile ROM chip to store a small amount of erasable data. Users can modify the data in the EEPROM chip without removing it from the computer. It enables them to erase and reprogram single bytes of data using electrical voltage.

Advantages and Disadvantages of Read Only Memory

Some of the advantages of ROM:

Some of the disadvantages of RAM: