RAID Types: What is RAID and Which RAID Level Should Use

As the name implies, the operating system manages software RAID, while external controllers control hardware RAID. Additionally, they vary in price, quality, and speed of access.

Multiple storage devices (the array) are combined into a single virtual storage resource via a controller that connects one or more computers to the array. 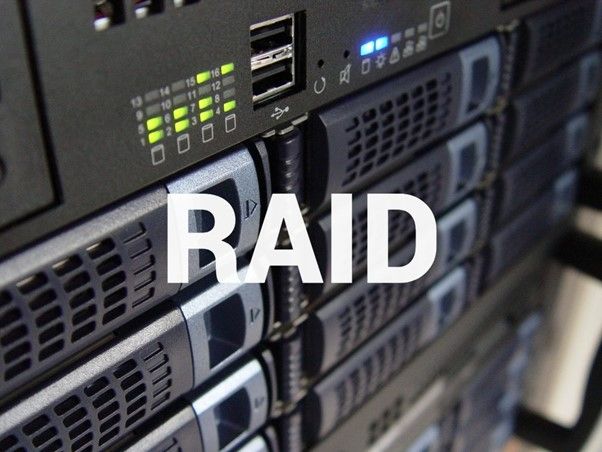 Hard disks may be used. However, SSDs are becoming popular as well (Solid State Drives). Different RAID levels are available, each with its advantages and disadvantages. It's not regulated by an industry association or standards body.

Consequently, it is understandable that businesses would occasionally come up with their unique figures and implementation methods. For example, you may use a driver or a separate card to implement RAID functionality and manage the devices in your system (a hardware RAID controller).

SATA, SCSI, IDE, and FC are just a few of the interfaces used with RAID systems (fiber channel.) The term "JBOD" refers to a collection of disks in a storage system.

Those drives are not part of a certain RAID level and are used as independent disks. For example, drives with swap files or spooling data are often partitioned in this way.

Striping – Reduces read and write access times and boosts I/O performance by writing some data to one disk and others to another.

Mirroring – In the case of a disk failure, the data is replicated on two other drives (RAID 1), avoiding data loss.

Parity – When using parity (RAID 5 or 6), the data on two drives are examined, and the findings are stored on a third drive. It is possible to recover lost data once a faulty disk has been replaced with a working one.

These RAID levels may be combined into 10, 50, and 60 configurations.

RAID technology is divided into several levels, each providing speed, security, and cost performance. RAID is divided into 8 levels, namely RAID 0, 1, 2, 3, 4, 5, 6, and 10. The following will explain each level in detail:

Data is divided into blocks and written to numerous drives in RAID 0's scattered fashion. Striping is another term for the process of putting data on every disk.

High-level performance is possible because of the parallel access to data stored on several drives. However, if a disk fails, there is no way to recover.

This level is referred to as "mirroring" since it concurrently transfers data from one disk to another. Even if access speeds aren't improved, the data is automatically duplicated, reducing the risk of data loss or system outage.

RAID 1 is a failsafe configuration. In the event of a disk failure, the other one takes over automatically, allowing for uninterrupted operation.

Error Correction Codes (ECC), commonly known as Hamming Codes, are a feature of RAID 2. (named after Richard Hamming of Bell Labs, who invented them).

They make it possible to find and fix mistakes in data. Bit or byte units of data are stored on separate specialized data disks.

Re-creation of data is achieved using RAID 0 striping and a parity drive in RAID 4. Dedicated data disk drives store unit blocks of data, whereas a single parity disk is used to store all parity information.

Today, RAID 5 is the most prevalent RAID technique. However, when using RAID 4, a special parity disk is required, which might lead to a concentration of I/O on that disk.

Although RAID 5 separates data and produces parity information similar to RAID 4, unlike RAID 4, the parity data is recorded independently across many drives.

Essentially, RAID 10 is a layered array that contains RAID 0 of RAID 1 sets; in other words, it's a RAID array of RAID arrays. As a result, this RAID level includes some of the advantages of both RAID 0 and RAID 1. 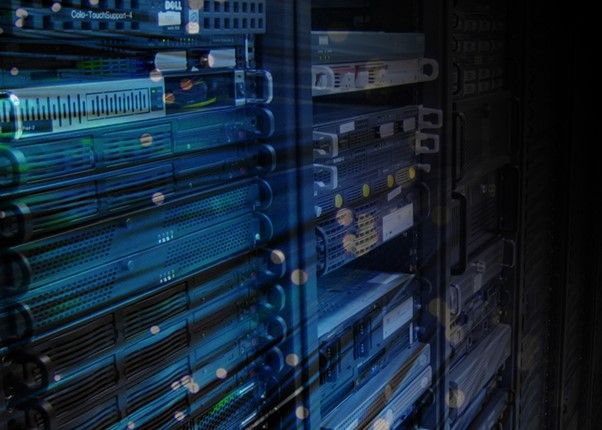 The following are different RAID levels comparison to give you a better understanding:

Read also: RAID 0 vs. RAID 1, Which Is Better? Your Answer Is Here with Setup Guide

The following are the three RAID Technology applications that you should know about:

In a digital storage system (DAS), a data storage device is often used as the primary storage component (one or several hard disk drives).

A host bus adapter connects the DAS directly to a server or workstation, eliminating the need for a network. As a result, DAS systems have the quickest operating speeds compared to the other two storage methods.

Network Attached Storage (NAS) refers to a server that may be accessed using a network address. To put it simply, network-attached storage (NAS) systems are used to store data across numerous computers.

Information may be accessible from any computer on the network or the Internet. A NAS storage device serves as a server to distribute files.

It is possible to move data between storage devices and servers at the block level using SAN, a high-performance storage system devoted to this purpose.

The following are some of the maintenance tips for arrays that can help you in the long run:

Physical disks may be utilized as a hot spare to restore data from a virtual disk that has been corrupted. The hot backups are still on standby. Therefore, it is not necessary to interrupt the system or perform any manual intervention when a redundant virtual disk's designated hot spare is utilized to replace a failed physical disk.

Unless you have a backup, the data on a failing physical drive will be permanently lost if there isn't a redundant virtual disk to use.

Back up necessary data regularly

Backing up your data ensures that you have a safe repository for crucial files, such as company secrets or priceless family images, so that you can quickly and effortlessly recover your device during data loss. Generally, EaseUS Todo Backup is useful software to back up the RAID array.

Running a check consistency on the virtual disk may be able to restore it to a Ready state if it is now in a Failed Redundancy state. A minimum of once a month is recommended for RAID logical drive consistency tests.

No matter how large or small, lost data equals lost revenue for every firm. Backups and RAID are the two most frequent methods for preserving your data in the event of a complete system failure, infections, corruption, etc. (protecting your data against drive failure). To keep your data safe, both are important.

You may replace the disk that has failed, and the RAID controller will do the rest for you, instantly rebuilding any data that has been lost. As a result, even if your hard disk crashes, you won't have to worry about recovering your data from backups.