What Is Onedrive Backup Windows 10 and How Does It work?

With the increase in data usage, there is a significant increase in the demand for storage devices. The best solution is to trust cloud technology when managing large data. Cloud solutions don't work like hard disks or external storage gizmos and can quickly save data on different servers located globally. Microsoft offers OneDrive backup and effective storage for personal and professional data. 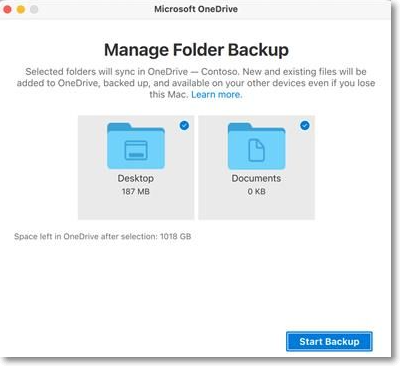 Let us go through all the details about what Microsoft OneDrive is. Starting with a detailed understanding of the OneDrive backup windows 10, followed by its seamless working. We'll also compare OneDrive with the conventional sync feature.

What is OneDrive Backup Windows 10?

After having a quick introduction to OneDrive, it is essential to know in detail about OneDrive backup windows 10. The leading technological giant, Microsoft, offers OneDrive as a part of its 365 productivity suite. As a result, all Windows 10 systems have preinstalled OneDrive, while other users can quickly access OneDrive using a dedicated app or a web browser.

Microsoft OneDrive is one of the most famous storage solutions used globally based on the power of cloud technology. It can back up professional and personal data within a few seconds. Moreover, OneDrive offers quick synchronization with Windows 10 system to upload files on the cloud or even to other Windows systems, smart devices, etc. It was launched on August 1, 2007, and is available in more than 107 languages globally.

After going through the quick definition of Microsoft OneDrive, it is easy to go through its top functions. Some of these are:

After going through the key OneDrive functions, it is easy to understand its key advantages. Some of the OneDrive benefits include:

How Does OneDrive Backup Windows 10 Work?

How to turn on OneDrive backup on Windows 10?

OneDrive can synchronize all data from Windows 10 system to the cloud. All you need to do is turn on the OneDrive backup on Windows 10. The quick steps for the same are:

Step 1. Go to the OneDrive icon in the Windows notification area.

Step 2. Go to the gear icon at the top-right corner and open the "Settings" menu, followed by the "Backup" option. 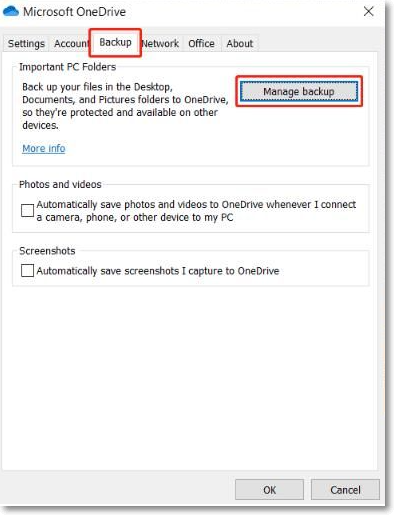 Step 3. Select the folders you wish to backup followed by the "Start backup" button.

How to backup folders with OneDrive?

Step 1. Launch OneDrive on your system.

Step 3. Go to the "Backup" option and select "Manage Backup." 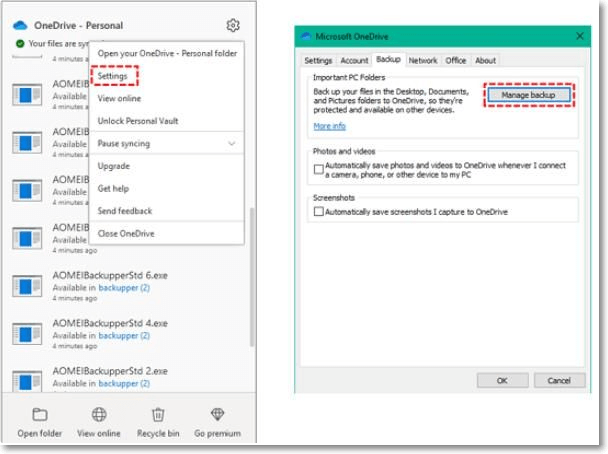 Step 4. Select the folder on the system and click on "Manage Folder Backup." 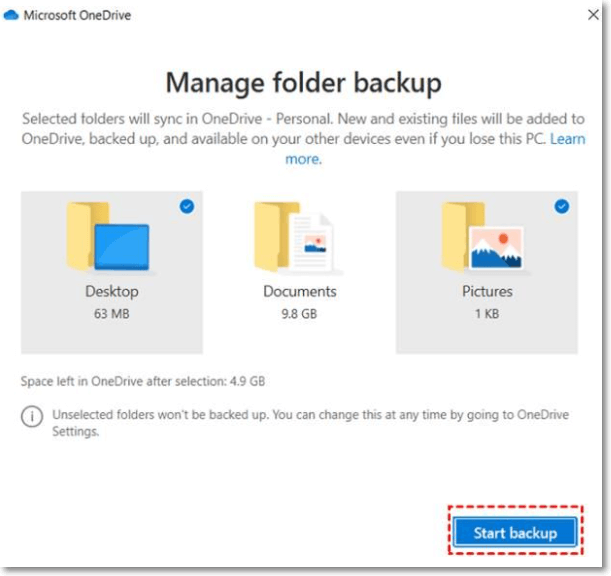 How to backup Windows 10 system with OneDrive?

It is easy to backup Windows 10 system with OneDrive by using the in-built "Backup and Restore Windows 7" tool. It creates a system image and backup the images to network drives, DVDs, external hard disks, hard disks, etc. The quick steps to use it are:

Step 1. Go to the "Search" menu and type "backup" to open "Backup and Restore Windows 7."

Step 2. Go to "Click a system image" and go to the "Next" option followed by selecting a local hard drive to save Windows 10 backup and then selecting "Next."

Step 3. The backup folder is saved with the name "WindowsImageBackup." It can be copied to the OneDrive folder with administrative rights. 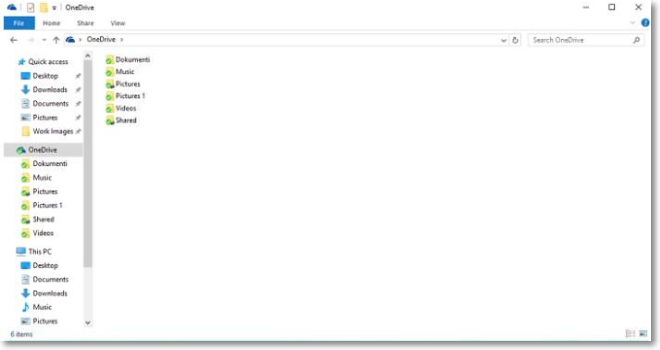 Step 4. OneDrive now syncs this folder to the cloud automatically.

OneDrive Backup vs. Sync: Which is Better?

Hence, after going through this quick comparison table, it is clear that OneDrive Backup and OneDrive sync can be used in different cases based on the user's needs.

So, this is all about OneDrive backup in Windows 10. The ideal cloud storage solution, OneDrive, takes the lead regarding seamless synchronization, PC folder backup, PC backup, etc. In addition, users can turn on automatic backup to stay away from lengthy and time-consuming processes.

The quick steps for different functions of OneDrive backup ensure that users can understand its working in detail. A detailed comparison table between OneDrive Backup and OneDrive sync ensures no confusion in selecting the perfect option according to needs. Hence, Windows users can start using OneDrive easily and quickly after understanding all basic details and its working.

After going through OneDrive backup details, users may have questions about its functioning. Some of the top questions related to OneDrive working are:

1.  Why does my OneDrive not sync automatically?

The different reasons may cause OneDrive to not sync automatically like the following:

The quick solutions for OneDrive not syncing automatically error include:

2.  How long does it take OneDrive to sync?

The time taken by OneDrive to complete sync depends on the size of the files, the latest updates in the OneDrive app, etc. Generally, it may take around ten minutes for OneDrive to sync.