Floppy Disk: An Introduction to the Vintage Storage Device

The floppy disk has been around for decades, and there was a time when the floppy disk was an essential piece of technology. Even though they seem archaic by today's standards, they were once the best way to store data. But what exactly are floppy disks? How do they work? And why can't we just use USB flash drives or external hard drives? The following guide gives you everything you need to know about floppy disks, from how they came to their everyday uses. 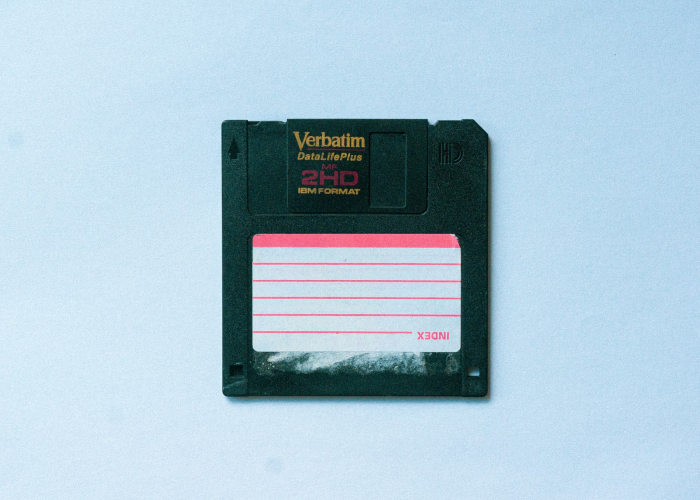 What is a floppy disk?

A floppy disk or floppy diskette, also known as a floppy, or a diskette, is a type of storage device composed of a thin, circular piece of magnetic storage media encased in a rectangular plastic shell. They are encased in a protective jacket called a sleeve. The floppy disk can be read and written via a floppy disk drive (FDD). The FDD inserts the floppy disk into a loading slot, where a read/write head on the arm accesses the data track of the spinning disk. When not in use, the FDD's arm rests on an inner rail inside the drive to keep the head from touching the disk and damaging it. During the 1980s and 1990s, they were very popular and supported by most operating systems.

Brief history of the floppy disk

You might start thinking about when the floppy disk was invented and who invented it. The answer is that it was created in 1967 by IBM engineer Alan Shugart as an inexpensive way to store data on mainframe computers.

What were the different sizes of the floppy-disk？

What were floppy disks used for?

People commonly use floppy disks to store small amounts of data, such as text files, images, or videos. You could also use them to store programs or games that could be loaded into a computer's memory and run from there. People also used floppy disks to transfer data between computers. For example, if you wanted to share a document with someone, you could save it to a floppy disk and then give them the disk. You can also create a bootable USB with a floppy disk to start a computer in a situation where the operating system is corrupt or missing.

Floppy disks are not as common as they once were, but they are still used today in various applications. For example, some businesses use them to store data that is not sensitive enough to warrant the use of more expensive storage options, such as CDs or DVDs. They are also sometimes used in vintage computer systems or for transferring data between computers that do not have access to the Internet. Additionally, some embedded systems still rely on floppy disks because they are a simple and robust way to store data.

Although floppy disks are no longer in mainstream use, they continue to have a place in some industries and can be used for certain tasks. If you need to use or store files on floppy disks, make sure you know which type will work with your equipment. For most people, however, the cloud is a more reliable and convenient way to store data.